The National Baseball Hall of Fame and Museum will recognize the twin traditions of baseball and film when, for the 13th consecutive year, it hosts the Baseball Film Festival in Cooperstown, Sept. 21-23.

Tickets for each screening are free but must be reserved. Participants in the Museum’s Membership Program can reserve tickets starting Sept. 10 by calling 607-547-0397. Any remaining tickets will be made available to the general public starting Sept. 17.

Films will be shown during several blocks throughout the weekend in the Museum’s Bullpen Theater. A complete list of the films to be screened during the weekend please see below.

Representatives of the films listed with an * (asterisk) are scheduled to appear for a Q&A session after the film.

*Ted Williams: The Greatest Hitter Who Ever Lived (55 mins)
During his remarkable career with the Boston Red Sox, Ted Williams earned many nicknames - The Kid, The Splendid Splinter and Teddy Ballgame, but the only nickname that he wanted was “the greatest hitter who ever lived.” In that pursuit, he combined his preternatural gifts with a fierce work ethic to become widely regarded as one of the greatest ever to play the game of baseball and in the process elevated the science of hitting in ways still emulated today. 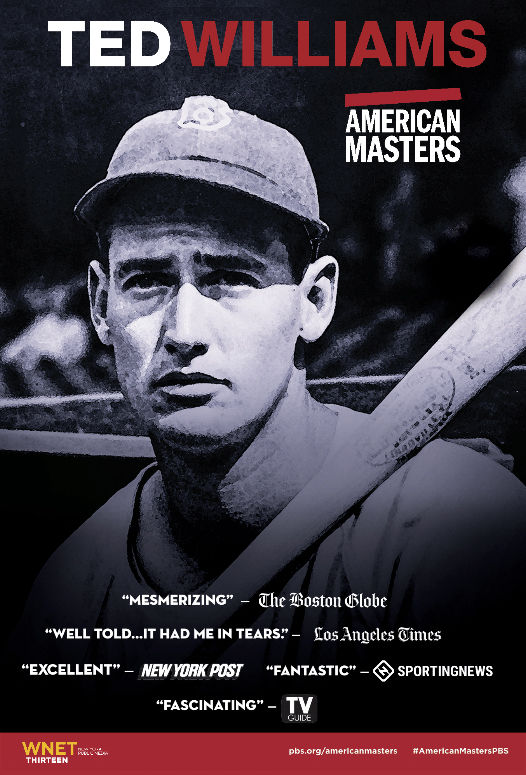 Ted Williams: "The Greatest Hitter Who Ever Lived"

Long Time Coming: A 1955 Baseball Story (87 mins)
Long Time Coming: A 1955 Baseball Story retraces the courageous journey of two teams of twelve-year-old boys who would play the first racially integrated Little League game in the South. The teams faced physical and social threats and accepted significant risk in order to play. The controversial game forever broke the color barrier in youth sports, but due to surrounding racial traumas in 1955 the game became lost in the pages of history. More than sixty years later the pivotal event comes to life when the players begin questioning the significance of the game.

*Great Potato Caper (8 mins)
Dave Bresnahan never made it to the Cooperstown like his Great Uncle Roger Bresnahan, who was the first catcher to wear shin guards. But Dave did leave an indelible mark on the game he loves. 31 years ago as a Double A catcher he pulled off the most infamous hidden ball trick in baseball history with some help from his teammates and yes, a potato.

*Chicken Runs at Midnight (9 mins)
Baseball dreams generally start with a toe on the rubber or a bat in hand. For baseball lifer, Rich Donnelly his dream always focused on the coaching box outside the third base line. However, when his daughter Amy’s five prophetic words played out on a World Series stage, it meant much more than a dream come true. It helped form an unbreakable bond between him and his daughter.

*A League of her Own (9 mins)
A League of her Own tells the story of one of baseball’s hidden figures – Claire Smith. In an industry that has been dominated predominantly by men; Claire Smith is an anomaly. She has accomplished so many firsts throughout her career as a journalist; first full-time major league baseball beat writer, the pioneer who prompted a rule change allowing women in the clubhouses, and most recently, the first woman to win the prestigious J.G Taylor Spink Award for baseball writing. She has broken countless barriers throughout her remarkable career as a journalist, while also taking on racial and social issues that extended beyond the baseball diamond. Claire has paved the way for both female and African-American writers for generations to come. It is for all of these reasons, that we wanted to share her important place in baseball history.

*Rod Carew (11 mins)
Rod Carew's Hall of Fame career is filled with jaw-dropping numbers: 7 batting titles, 18 All-Star Game appearances, 3,053 hits. But a 9 ¼-inch surgical scar on his chest is the number that matters most. That scar represents the remarkable second chance Carew received late in life. And it also represents the remarkable young athlete who made it possible.

*The Motor City Slice (4 mins)
In this animated short, Tigers ace Jack Morris recalls the adventures of getting his team pizza after winning the 1984 World Series.

*Houston Strong (5 mins)
In the aftermath of Hurricane Harvey, baseball proves its unwavering power to unite and signal a return to normalcy.

*The Classic (5 mins)
An essay celebrating America's Pastime; adapted from the writings of A. Bartlett Giamatti, narrated by Tom Brokaw.

*One-Game Season (7 mins)
When 162 games aren't enough to determine a winner, the entire season is boiled down to 9 intense innings.

*Remembering Roberto (9 mins)
Duane Rieder is the creator and curator of the Roberto Clemente Museum – whose mission is to preserve the increasingly arcane story of one of the greatest ballplayers of all of time who tragically died in a plane crash on a self-funded humanitarian mission to bring supplies to earthquake ravaged Nicaragua in 1972. Duane essentially single-handedly started the museum out of his own constantly growing private collection, and today it has become a must-visit attraction in Pittsburgh from tourists to visiting MLB players alike.

*First To Last (13 mins)
Jack Morris and John Smoltz reflect on their epic duel in Game 7 of the 1991 World Series between the Twins and the Braves.

Scout Story (15 mins)
Years before a Major Leaguer steps into The Show, their baseball career starts with a dream, a small local team, and a dedicated scout. Ride along with Chicago Cubs Area Scout Daniel Carte and National Cross-checker Sam Hughes in an exclusive behind-the-scenes look at the Cubs’ scouting process. From small towns in Ohio to high school championships in Arizona, these unsung heroes spend their lives on the road, sacrificing time with their families to find the next Kyle Schwarber, Kris Bryant or Albert Almora. As the 2017 Amateur Draft approaches, the entire Scouting Department kicks into overdrive, spending countless hours and travel miles to determine which amateur prospect will best contribute to another World Championship team.

20 (47 mins)
20 years ago, Kerry Wood pitched one of the greatest games in MLB history when he struck out 20 batters as a 20-year old rookie. Featuring blow-by-blow interviews from the game’s major players – including Wood himself – this documentary offers an in-depth look at Kid K’s 20 K’s.

Tools of the Game (20 mins)
The film explores the journey of the iconic Louisville Slugger from the forest to the diamond. It was commissioned by the Louisville Orchestra and had it's live debut in Louisville last November. The sound track is a symphony by Claude Debussy from 1914.

*Shutout! The Battle American Women Wage to Play Baseball (87 mins)
American girls and women continue to face institutional gender discrimination trying to play, coach, and umpire America’s game, baseball. Shutout! chronicles the historical, political and cultural factors that led to the shocking systematic exclusion of girls and women from the game, celebrates those who’ve succeeded in the face of such challenges and considers the path forward to make baseball available to everyone in America.

*The Saint Louis Browns: The Team That Baseball Forgot (56 mins)
Narrated by actor and St. Louis native Jon Hamm, The St. Louis Browns – The Team Baseball Forgot takes an emotional and historical look back on the forgotten origins of St. Louis’ baseball legacy. St. Louis is viewed as one of the best baseball towns in America; however, the city’s major league history is not confined to the National League’s St. Louis Cardinals. For five decades, the city fielded a second professional team – the American League’s St. Louis Browns that competed with the Cardinals for the city’s fan loyalty. The Browns’ tendency to be remembered as a mere punch line has obscured their place in history, but their story is more than their reputation would suggest. This documentary is the story of what could have been, but never was – of baseball legends lost to time, glorious gimmicks and a beloved team turned fraternity of failure. This is the story of a team that found its place in history by losing its home. But thanks to this film, it’s a story forgotten no more.

*St. Paul Saints: For the Fun of the Game (60 mins)
The St. Paul Saints entered Minnesota in 1992 and played their first game in 1993. Many thought this plucky little organization wouldn’t last past that first year. The “little engine that could,” however, has brought millions of people joy, laughter, and long-lasting memories. Take a journey through the past 25 years of the St. Paul Saints and see how they became one of the most successful minor league baseball teams of all time.