On May 18, 1948, Cleveland Indians rookie pitcher Gene Bearden was scheduled to make his third start of the season. He was set to pitch against the Philadelphia Athletics at Cleveland Stadium in the first night game of the year for the Indians. The opposing pitcher would be Lou Brissie.

On paper, a rather unremarkable game. But for the men who played that day, baseball meant a return to normal – and triumph over unthinkable tragedy.

It was a contest that became known as The Purple Heart Game.

Bearden and Brissie were both large, tall (6-foot-3 and 6-foot-4, respectively) southpaws with a strong common bond: Both men had been awarded the Purple Heart given to those wounded in combat. Both had struggled mightily to overcome the injuries they sustained half a world apart during World War II.

Ten days before the matchup, Bearden had made his season debut and pitched in his first big league start after throwing just a third of an inning while giving up two hits and three runs in his big league debut – and lone appearance – of 1947. But 1948 would be different, as he began his turn in the rotation with a masterful 6-1 three-hitter fueled by his devastating knuckleball, defeating the Washington Senators. This was also the day on which Bearden revealed publicly for the first time that he had been severely wounded in the war. He told his story to Harry Jones of the Cleveland Plain Dealer. 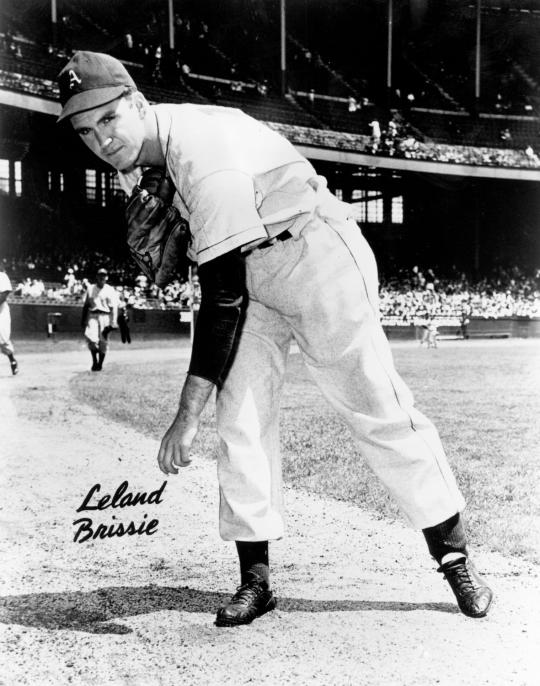 Gene Bearden on surviving an attack that left him severely injured

On early morning of July 6, 1943, Bearden’s ship was struck in the Kula Gulf in the South Pacific near the Solomon Islands as part of an American task force battling the Japanese. Bearden was in the engine room when the first torpedo hit and the order was given to abandon ship. As he scrambled up the ladder leading out of the engine room, a second torpedo hit and the ladder crumbled, hurling him to the deck. With his knee twisted and crushed and his head split open by flying shards of metal, he lay unconscious in the pit of a sinking ship.

“Someone pulled me out,” he told Jones, “They told me later that it was an officer. I don’t know how he did it. The ship went down in about 17 minutes. All I know is that I came to in the water some time later.”

In a semiconscious state, he spent the next two days in a rubber life raft until he was finally rescued by a US destroyer and shipped back to the United States. He was operated on at the US Naval Hospital in Jacksonville, Fla., in August. For the better part of the next two years he was in the hospital, where a silver plate was inserted into his skull to fill up the part that had been gashed out, and a metal hinge was inserted into his damaged knee. Bearden had been told he would never play baseball again. It certainly seemed out of the question, a conclusion held by everyone but Bearden.

He still wore an aluminum plate and screw in his knee and an aluminum plate in the back of his head, but had kept this to himself until after his first big game “because they might get the idea that I’m not strong enough to pitch.”

Brissie’s story was no less compelling. He had been wounded on Dec. 2, 1944, when his infantry unit suffered an artillery barrage while fighting in Italy and he was hit with 21 shell fragments which shattered his left shinbone. Army doctors wanted to amputate his leg but Brissie refused. After two painful years, 23 major operations and sporting a metal brace over his damaged tibia he returned to baseball. 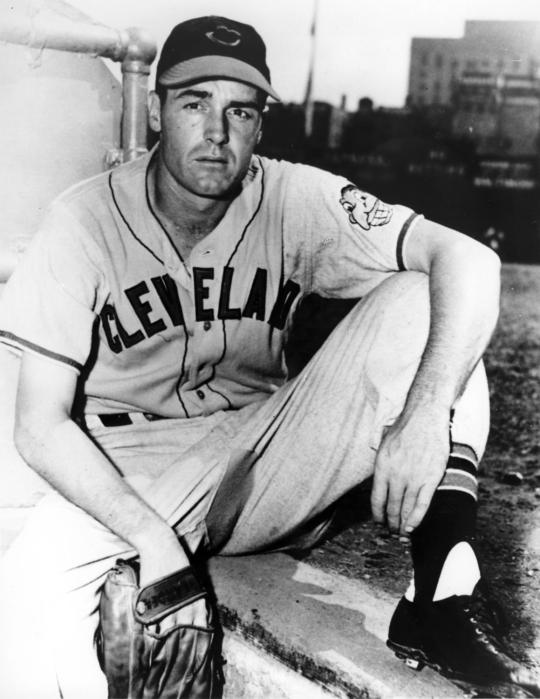 So on the unseasonably cold night of May 18, 1948, as Cleveland Indians owner Bill Veeck recovered in the Cleveland Clinic from a second amputation on a leg infected in a combat zone in the South Pacific, and before a crowd of 44,231, the game was under way. The crowd included Dr. William Brubaker, the surgeon who had performed the first of the 23 operations on Brissie’s left leg and a Cleveland fan. He was in the stands to cheer for his patient, but to no avail. Bearden pitched the full nine innings, giving up only six hits, and won 6-1 – putting the Indians in first place with a .004 margin over the A’s to regain the lead they had ceded to the A’s two weeks earlier. Brissie faced only 10 batters before being relieved.

The reliever was Bob Savage, who himself had three Purple Hearts, the first for a shrapnel wound in the back in Italy on Nov. 5, 1943 – making him the first Major League player wounded in the war. The second was for wounds on his leg, wrist and face from artillery shell fired during the invasion of the South of France in 1944, which put him in the hospital for eight weeks. He was awarded a third Purple Heart for an injury he received in a victory celebration after the war when a spent bullet knocked his helmet off.

Savage came into the game that night in May with a hunk of shrapnel still in his shoulder. He in turn was relieved by Charles “Bubba” Harris, who had served in the U.S. Navy at the end of the war.

Bearden, Brissie and Savage – and Veeck and for that matter – were not alone in prevailing over their war injuries and disabilities. Indians first baseman Eddie Robinson was in the Navy when, in 1945, a bone tumor paralyzed his right leg. He was operated on and wore a brace, which he tossed away on the first day of Spring Training in 1946. Like Bearden and Brissie, he was told at one point that he would never play baseball again. 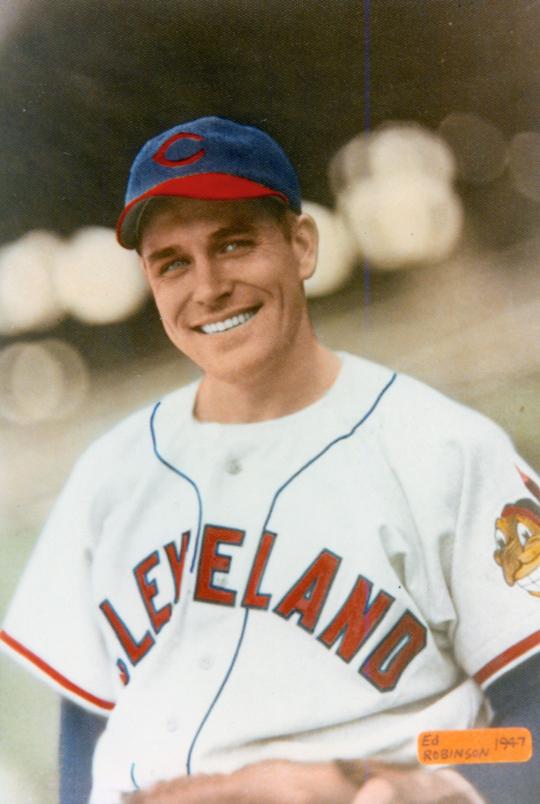 Eddie Robinson was one of hundreds of ballplayers who were wounded during their military service in World War II. (National Baseball Hall of Fame and Museum)

Unlike Savage, whose baseball career had actually peaked earlier, Bearden and Brissie went on to greater fame after the game. The 1948 season for Bearden was a masterful one – with a 20-7 record in the regular season with a league leading 2.43 earned run average, six shutouts and 15 complete games. Bearden led the Indians to the 1948 World Championship by beating the Boston Red Sox in that year’s one-game American League playoff, and then won a World Series game and protected the lead as a relief pitcher in another win.

Brissie’s best year was 1949 when he was named to the American League All-Star team.

But as with so many others, their level of service and courage was not unusual. Hall of Famers Yogi Berra, and Leon Day took part in the D-Day invasion of Europe and Monte Irvin went in after the initial assault. That assault at Normandy also claimed the lives of five minor league baseball players: Lefty Brewer, Sylvester Sturges, Elmer Wright, Ordway “Hal” Cisgen, and Joe Pinder.

The powerful symbolism of the May 18, 1948, game was barely noted at the time and almost immediately forgotten, but the Purple Heart veterans who pitched and played on that cold night game so many years ago were heroic in the truest sense of the word. 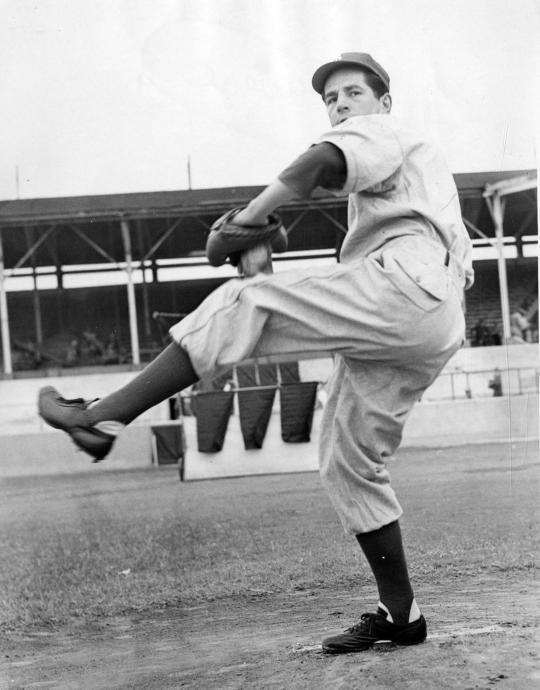