But Paige was far from an unknown quantity.

By that point, Paige – before ever appearing in a major league game – had crafted his legend.

On Feb. 9, 1971, Paige changed history again when he was nominated for the Baseball Hall of Fame – culminating in his June 10 election by the Hall’s Committee on Negro Baseball Leagues.

In his first year in the Major Leagues in 1948, Paige went 6-1 with a 2.47 ERA, leading the Indians to the World Series that year.

Paige also pitched for the Indians in 1949, then sat out the 1950 big league season before rejoining Veeck with the St. Louis Browns from 1951-53. 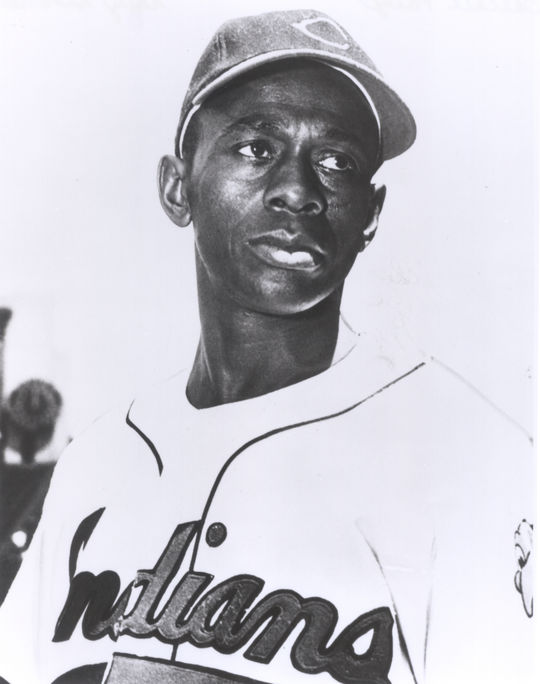 Satchel Paige made his big league debut with the Cleveland Indians on July 9, 1948, at the age of 42 following a legendary career in the Negro Leagues. (National Baseball Hall of Fame and Museum)

Arguably his best performance of that season was a game played on Aug. 6 of that year, where Paige became the oldest Major League player to throw a complete game or a shutout by outlasting the Detroit Tigers 1-0 in a 12-inning marathon.

Paige previously starred in the Negro Leagues for over 20 seasons with numerous stories about how dominant of a pitcher he was. Statistics were often sketchy in the days of Negro Leagues play, making the physical proof of his remarkable pitching performances varied, but the tales of him striking out batters with his infielders casually sitting down are widespread. 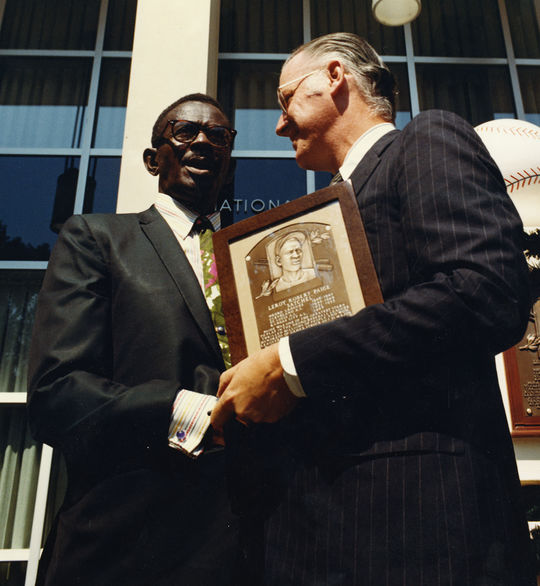 Satchel Paige is congratulated by commissioner Bowie Kuhn at the Hall of Fame Induction Ceremony on Aug. 9, 1971. (National Baseball Hall of Fame and Museum)

During his prime in 1934, Paige went up against Hall of Famer Dizzy Dean in an exhibition game. Paige was able to defeat Dean in a 1-0, 13-inning pitcher’s duel.

Dean recalled when seeing Paige pitch, “My fastball looks like a change of pace compared to that pistol bullet that ol’ Satchel sends up there.”

In 1965 at the age of 58, Paige returned to pitch one final game for the Kansas City Athletics, turning in three shutout innings while allowing just one hit.

He was elected to the Baseball Hall of Fame in 1971 as the first player to be inducted by the Special Committee on the Negro Leagues. 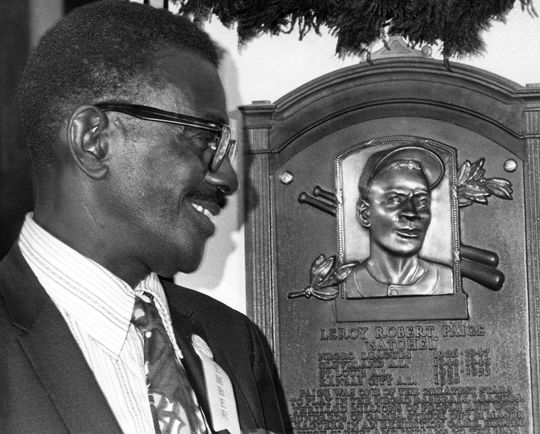 Satchel Paige admires his Hall of Fame plaque on Aug. 9, 1971, in Cooperstown. Paige was the first player elected by the Committee on Negro Baseball Leagues. (National Baseball Hall of Fame and Museum) 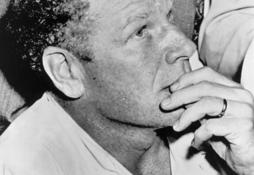