On Wednesday, July 12th at 1pm, the Hall of Fame will welcome author Michael Leahy to talk about his new book, The Last Innocents: The Collision of the Turbulent Sixties and the Los Angeles Dodgers.

The winner of the Casey Award as the best baseball book of 2016, The Last Innocents relives the riveting odysseys of seven members of the Dodgers during the 1960s. Award-winning journalist Michael Leahy examines the fortunes of Hall of Famer Sandy Koufax and six other players—Jeff Torborg, Wes Parker, Maury Wills, Dick Tracewski, Tommy Davis, and Lou Johnson—who encapsulated the broad spectrum of 1960s America: white and black, Jewish and Christian, pro-Vietnam and anti-war. Leahy places each man within the context of a tumultuous America that was affected by unprecedented political and social change. Despite all of the difficulties, the Dodgers prospered, winning two World Series and three National League pennants during an unforgettable decade. 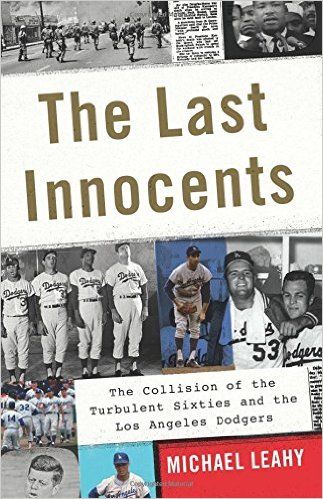 The Last Innocents by Michael Leahy