On Wednesday, June 12th at 1pm, the Hall of Fame will welcome author Dan Schlossberg to talk about his new book, When the Braves Ruled the Diamond.

From 1991 through 2005, the Braves did something no professional sports team has matched, finishing in first place for 14 consecutive seasons. During that stretch, the Braves parlayed powerful pitching with potent hitting that produced under pressure. Hall of Fame manager Bobby Cox oversaw the Braves of that era, leading the team to five National League pennants and a World Series title. 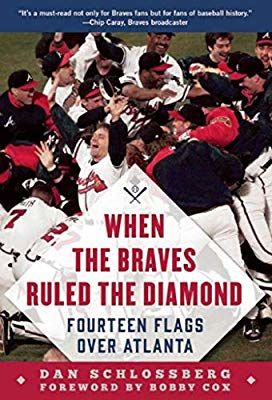 When the Braves Ruled the Diamond by Dan Schlossberg