Join us in the Grandstand Theater on Wednesday, August 21st as we screen MLB Network Presents: Atlanta Rules: Story of 90s Braves. Prior to the screening, we will hold and artifact spotlight with items from our collection that are currently not on display that correspond with the film.

Launched in January 2015, MLB Network Presents has produced programs covering many subjects across baseball, including the Emmy-nominated The Story of Billy Bean as well as Mr. Padre, Billy, Mike Trout: Millville to MVP, Holy Cow! The Story of Harry Caray, 56: The Streak, The Bird, The Colorful Montreal Expos and The Nasty Boys: The 1990 Cincinnati Reds.

Third baseman Chipper Jones was recently inducted as the sixth member of the Atlanta Braves organization in the last five years into the National Baseball Hall of Fame. All six Hall of Famers, Bobby Cox, Tom Glavine, Chipper Jones, Greg Maddux, John Schuerholz and John Smoltz will headline this documentary highlighting the story of the '90s braves with behind-the-scenes perspectives on the franchise’s remarkable dominant streak.

From 1991 to 2005, the Atlanta Braves became synonymous with winning, averaging 95 wins per season and capturing 14 straight division titles. Atlanta Rules, The Story of the ’90s Braves details how Atlanta went from perennial underperformers to the model of baseball excellence, culminating with the 1995 World Series championship. 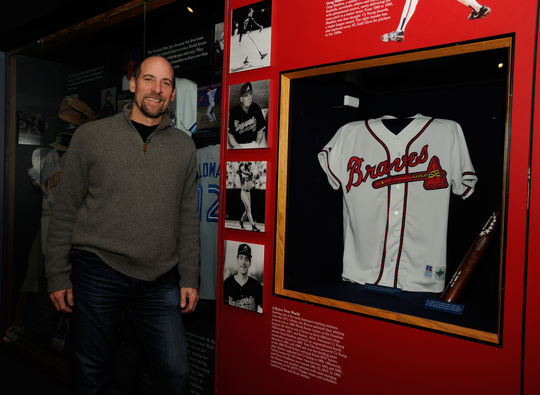