Join us in the Grandstand Theater on Wednesday, August 14th as we screen MLB Network Presents: .406.

Launched in January of 2015, MLB Network Presents is a series of documentaries and access-driven profiles. The series has produced programs covering many subjects, including the Emmy-Award nominated The Story of Billy Bean, The Nasty Boys: The 1990 Cincinnati Reds, and more recently Holy Cow! The Story of Harry Caray, The Colorful Montreal Expos, 56: The Streak and The Bird.

This documentary will highlight Hall of Famer Ted Williams and his 1941 season. On September 28th, 1941, Williams recorded six hits in eight at-bats in a doubleheader on the last day of the 1941 regular season to pass the .400 mark and finish with a .406 batting average.

You will also see rare archival footage of Williams discussing the 1941 season and his approach to hitting is interspersed throughout the program, in addition to commentary from Hall of Famers Wade Boggs, George Brett, Rod Carew and the late Tony Gwynn as they recall conversations with Williams and the pressure they experienced trying to match his accomplishment. Filmmaker Ken Burns, MLB Network host Bob Costas and columnist and author Mike Vaccaro explain how baseball captivated America in 1941, starting with Joe DiMaggio’s 56-game hitting streak and concluding with Williams surpassing .400 for the season. 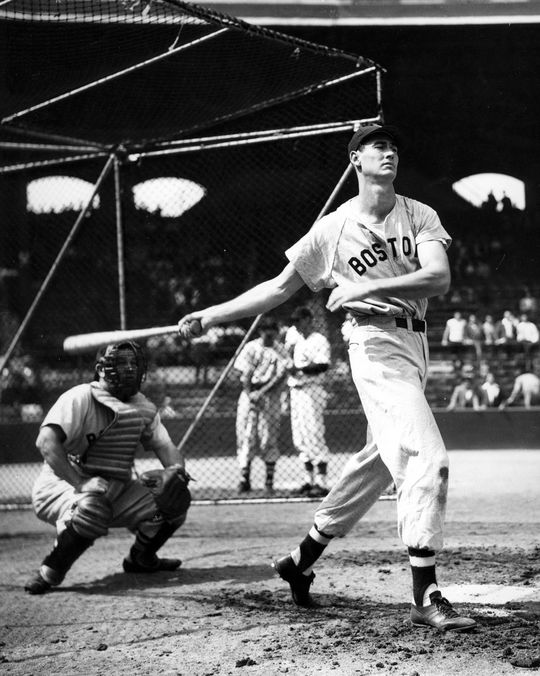 Ted Williams, pictured above in 1941, at the age of 22. Starting in late July of that season, Williams’ batting average that season would never dip below .400. (National Baseball Hall of Fame)