On September 26, 2020, Chuck Morgan called his 3,000th consecutive regular season game as a public address announcer. The current Executive Vice President, Ballpark Entertainment, Promotions, Productions for the Texas Rangers began his career in baseball on April 4, 1983. Over the past 38 years in the PA booth, Morgan has worked in all three ballparks in Arlington as well as one season in Kansas City.

During the program, Morgan will discuss his career in Texas as well as his experiences during the 2020 regular and post-season. Morgan was in the booth for the 2020 World Series. Morgan will also touch on his experiences before entering the PA booth, including The Grand Ole Opry and his appearances on Hee Haw.

This program is free, but registration is required. 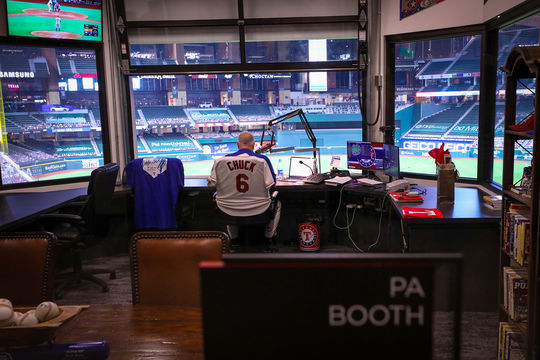