"No player in history has tried harder to become a big leaguer...if Robinson fails to make the grade, it will be many years before a Negro makes the grade. This is IT!"

Wendell Smith became invaluable to the Dodgers organization during 1946 and 1947. Branch Rickey knew there would be logistical challenges to signing Jackie Robinson beyond dugout and board room politics, but Rickey and the Dodgers likely underestimated the daily challenges facing all African-American people, especially in the South. Smith booked rooms for all Black Dodgers and staff, connected with local Black communities, and served as a friend and mentor to all African-American ballplayers in the Dodgers organization during these years. Smith used his writing skills to ease Robinson’s transition in two major ways: with Pittsburgh Courier columns tracking Robinson’s daily life and by ghost-writing both Robinson’s first autobiography and his newspaper column “Jackie Says…” Smith used these writings to present a public image of Robinson as a Black man of high moral character, strong family values, and a fully capable ballplayer that easily won over white crowds wherever he went. By portraying Robinson in this way, Smith essentially told the story of overcoming, proving that Black Americans could change history if they pushed for a chance to do so.

In My Own Story, Robinson's 1948 autobiography, Smith immortalized Robinson as an athlete and not as an activist. For example, in the above photo, Smith is introducing Jackie Robinson to Duke Slater and Ralph Metcalfe. The caption refers to Slater as "Iowa's All-American tackle" and Metcalfe as a "famous Marquette sprinter." Beyond these athletic achievements, Slater by this point was well-known as a pioneer in the integration of both collegiate and professional football and was the only Black player in the NFL in 1929. Metcalfe was a two-time Olympiian who earned four medals in total, famously winning silver in the 100-meter dash at the 1936 games in Nazi Germany, the same event in which Jesse Owens won gold. Both Slater and Metcalfe were also examples of athletes turned educated leaders in the Black community. Slater earned his law degree and was the first Black member of the Chicago Superior Court. Metcalfe taught at Xavier University before being elected to the House of Representatives and co-founding the Congressional Black Caucus. With this subtle caption, Smith’s omission of these impressive accomplishments implied that positive social change could come through popular acceptance of physically talented men. After the public acceptance of men such as Slater and Metcalfe, Smith argued that Jackie Robinson was among the next generation to be accepted by white society. 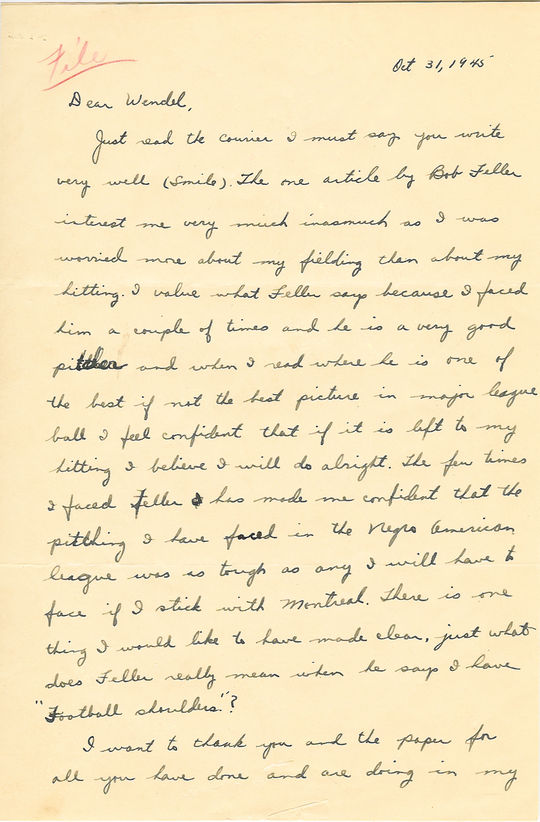 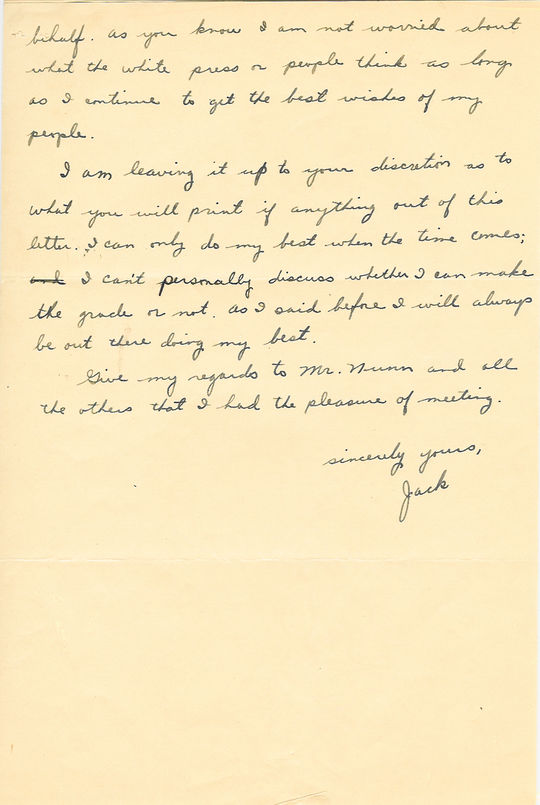 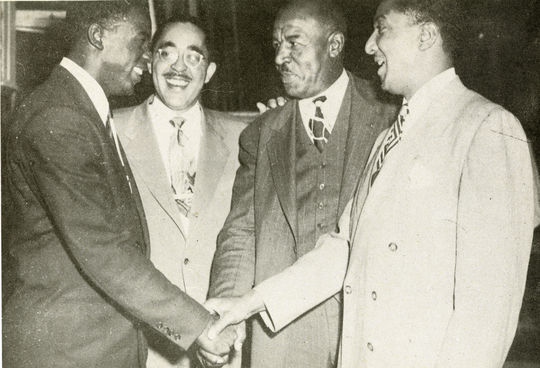 Photo from Jackie Robinson's first autobiography, My Own Story. Caption reads: 'Here are some of my closest pals in the Negro sports world. On my left are Wendell Smith, sportswriter for the Chicago Herald-American and the Pittsburgh Courier; Duke Slater, Iowa's All-American tackle; Ralph Metcalfe, famous Marquette sprinter.'