On Wednesday, June 28th at 1pm, the Hall of Fame will welcome author Richard Sandomir to talk about his new book, The Pride of the Yankees: Lou Gehrig, Gary Cooper, and the Making of a Classic.

New York Times writer and columnist Richard Sandomir presents the full story behind the pioneering movie that detailed the courageous life of Lou Gehrig. Filled with larger than life characters and unexpected facts, The Pride of the Yankees shows us that Samuel Goldwyn had no real desire to make a baseball film but was persuaded to strike a hasty agreement with Gehrig’s widow, Eleanor. As Sandomir lays out in full detail, Hollywood legend Gary Cooper had little prior knowledge of baseball, but managed to become a quick study on how to play the game. Insightful, nostalgic, and fun, Sandomir’s book captures a lost time in film and sports history. 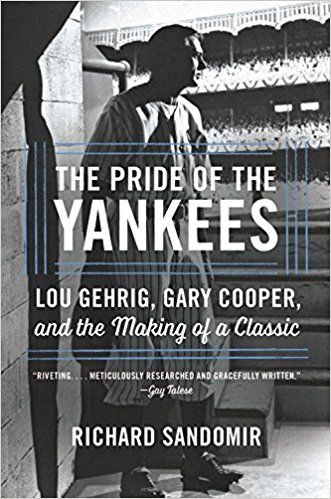 The Pride of the Yankees: Lou Gehrig, Gary Cooper, and the Making of a Classic by Richard Sandomir