There were 1,934 big-league games played in 1975, only three of them resulting in no-hitters. The most famous of the three was turned in on June 1 against the Baltimore Orioles. The author of it was a 28-year- old Texan named Nolan Ryan, the ace of the California Angels and a man who easily could’ve been nicknamed ‘No-No’ in that moment. After all, this was his record-tying fourth no-hitter, even if he himself was not impressed.

“A no-hitter isn’t on my mind as it is with some of the fellows on this club,” Ryan said, “Really, I don’t think about it. You do that and you’re only thinking about yourself. I think I can win enough games without throwing no-hitters all the time.” 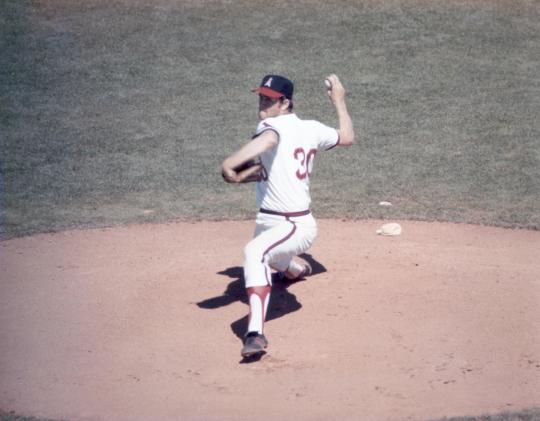 Whether Ryan saw this as an achievement or not, his fourth career hitless game, delivered in front of a crowd of 18,492 at Anaheim Stadium on June 1, 1975 - tying him with Sandy Koufax as the only hurler to throw four no-hit games.

The irony of all this was that Ryan wasn’t even in prime form on that Sunday in Southern California.

He was struggling with slight muscle pulls in his legs and groin, as well as bone chips in his elbow.

Those injuries caused him to reel back his famous fastball – to the relief of sluggers all over the league – but he had other pitches in his arsenal, making excellent use of his changeup and curveball for a 1-0 victory.

The only run came on an RBI single by the Angels third baseman, Dave Chalk.

“There was no doubt he was going to do it. The only question is how many more he’s going to pitch,” said Sandy Koufax, musing that the number could possibly reach 10 or 12 “with the kind of fastball he has.” Ryan, of course, didn’t make it quite that far; he finished his legendary career with ‘only’ seven no hitters – a feat that many believe may be almost as unbreakable as Joe DiMaggio’s 56-game hitting streak.

Ryan had nine strikeouts against the Orioles – a low total for him – and walked four. He threw 147 pitches. His no-hitter also happened to be the 100th win of his career, which would span 27 major league seasons, with 224 more wins and 5,714 total strikeouts. Defying baseball statistics, his fourth no-hit game meant that he had thrown one every 27.2 starts since his first in 1973.

Ending the game with a tantalizing change-up to second-baseman Bobby Grich, Ryan’s historic achievement was a product of his singular ability to take it one batter, one pitch, at a time. It may be a cliché, but such methodical composure was as much Ryan’s trademark as his vaunted Ryan Express.

“When I first started in the majors, I never gave (no-hitters) a thought,” Ryan said. “After the first one, I thought it was just something that happens and I left it at that until I pitched the second.” 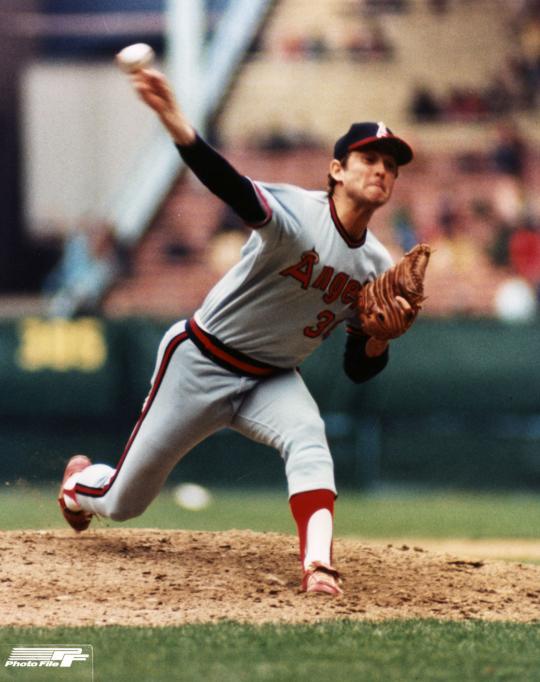