On July 29, 1996, a man who bled Dodger blue for almost half a century announced he was hanging up his cleats. He would leave the game as one of the most successful managers in baseball history.

"Tommy was a great motivator. He treated his players and coaches tremendously, and everyone on the team would do anything for him," former Phillies manager Danny Ozark said.

Lasorda began his baseball career with the Phillies organization when he signed as an 18-year-old pitcher. He played mostly in the minor leagues in his career, and after parts of three seasons in the big leagues, Lasorda was released by the Dodgers in 1960. He would then begin a career as a scout for the organization, a position he held until 1965.

After his time as a scout, Lasorda would pursue managing. He began managing in the minor leagues in 1966, continuing this for seven years until he became part of the Dodgers major league staff in 1973 as the third base coach under future Hall of Famer Walter Alston. 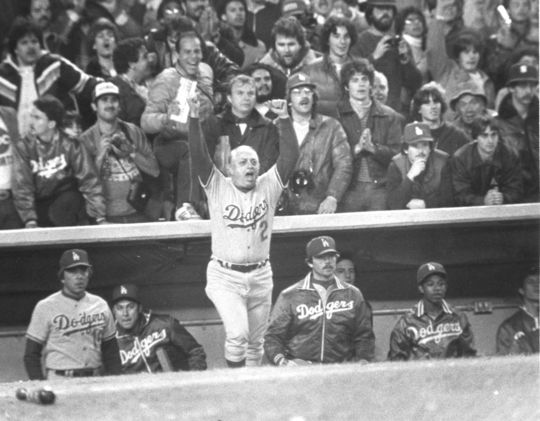 "Tommy was a great motivator. He treated his players and coaches tremendously, and everyone on the team would do anything for him."

When Alston retired from his post as Dodgers manager in 1976, Lasorda was hired as his replacement.

In his first two full seasons as the Dodgers skipper, Lasorda would lead his club to 98 and 95 wins respectively, resulting in consecutive National League pennants.

The highlights of Lasorda’s managerial career came in 1981 and 1988. In ’81 he led the Dodgers to his first World Series Championship at the age of 53. Lasorda’s club would defeat the New York Yankees in six games, overcoming a 2-0 deficit to win the last four games of the series.

In 1988, the Dodgers would play an all-California series as they took on a familiar foe in the Oakland Athletics. Game 1 would end with a bang when Lasorda called on the injured Kirk Gibson to pinch-hit in the ninth with his team down one run against future Hall of Fame closer Dennis Eckersley. Gibson hobbled up to the plate and smashed a two-run walk-off homer over the right field fence to give the Dodgers the 5-4 victory.

The Dodgers would go on to win the series in five games, defeating the A’s 4-1 for Lasorda’s second career title.

In addition to his two World Series titles, Lasorda was also named NL Manager of the Year twice in his career, first in 1983 and again in 1988. He also managed the NL in four All-Star Games following each of his NL pennant wins.

Following his retirement from managing the Dodgers, Lasorda has stayed close to the game. He managed the U.S. Baseball Team to a gold medal in the 2000 Summer Olympics in Sydney.

Making an honorary appearance in the 2001 All-Star Game as the third base coach, Lasorda got quite the thrill. In the top of the sixth inning Expos outfielder Vladimir Guerrero swung and missed sending his bat flying right at Lasorda in foul territory. In spry fashion, the 73-year-old Lasorda hit the deck, narrowly avoiding the bat, all those years of coaching third base had paid off.

Lasorda has spent over 60 years of his life in baseball. He was inducted into the Baseball Hall of Fame in 1997.

He said of his induction, "This is the greatest thing that ever happened to me in my lifetime. The Hall of Fame is eternity and I thank God for all of it. I am living the dream.” 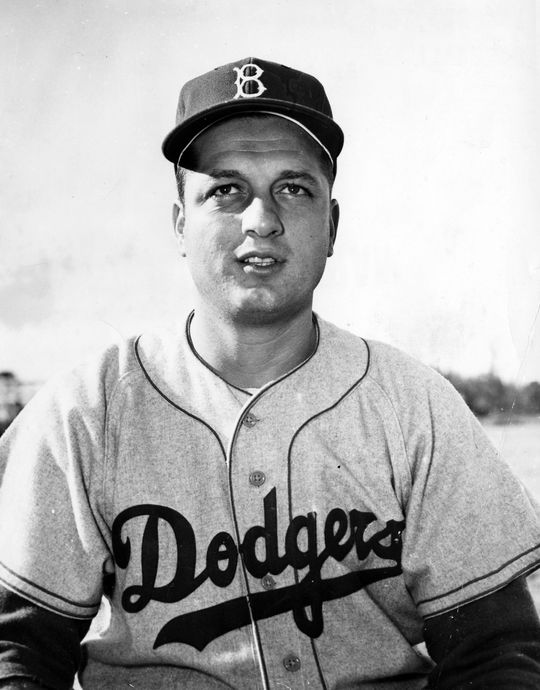 Hall of Famer Tommy Lasorda of the Brooklyn Dodgers poses for a picture in 1955. Lasorda pitched two seasons in Brooklyn and one in Kansas City before later going on to manage the Dodgers in Los Angeles from 1976-96. BL-2600-68 (National Baseball Hall of Fame Library)