Part of the SHORT STOPS series
Written by: Jenny Ambrose

On Flag Day (June 14) in 1913, the citizens of Plainfield, N.J., crowded into the stands at Parker Field to watch two rival occupational teams play baseball. The match pitted local doctors, who chose the sinister name of “Amputators” for their impromptu ball club, against the local dentists in a fundraiser for their community medical center, Muhlenberg Hospital.

The “Amputators” dressed in the uniform of their own profession rather than that of a ballplayer. The team appeared in white surgical scrubs with a long tunic ornamented on the sleeve with a traditional red cross and full-length trousers. They topped their unusual baseball uniforms with floppy scrub caps covering their heads. One team member stands at the far right of a group of 13 nurses seated in front of the grandstand in this photographic postcard. The nurses accompanied the doctors in their pre-game parade across the field and, as special fans, had on-field “seats” for the game. Elegantly dressed women in their charming, flowered hats swelled the ranks of the charitably-inclined spectators. 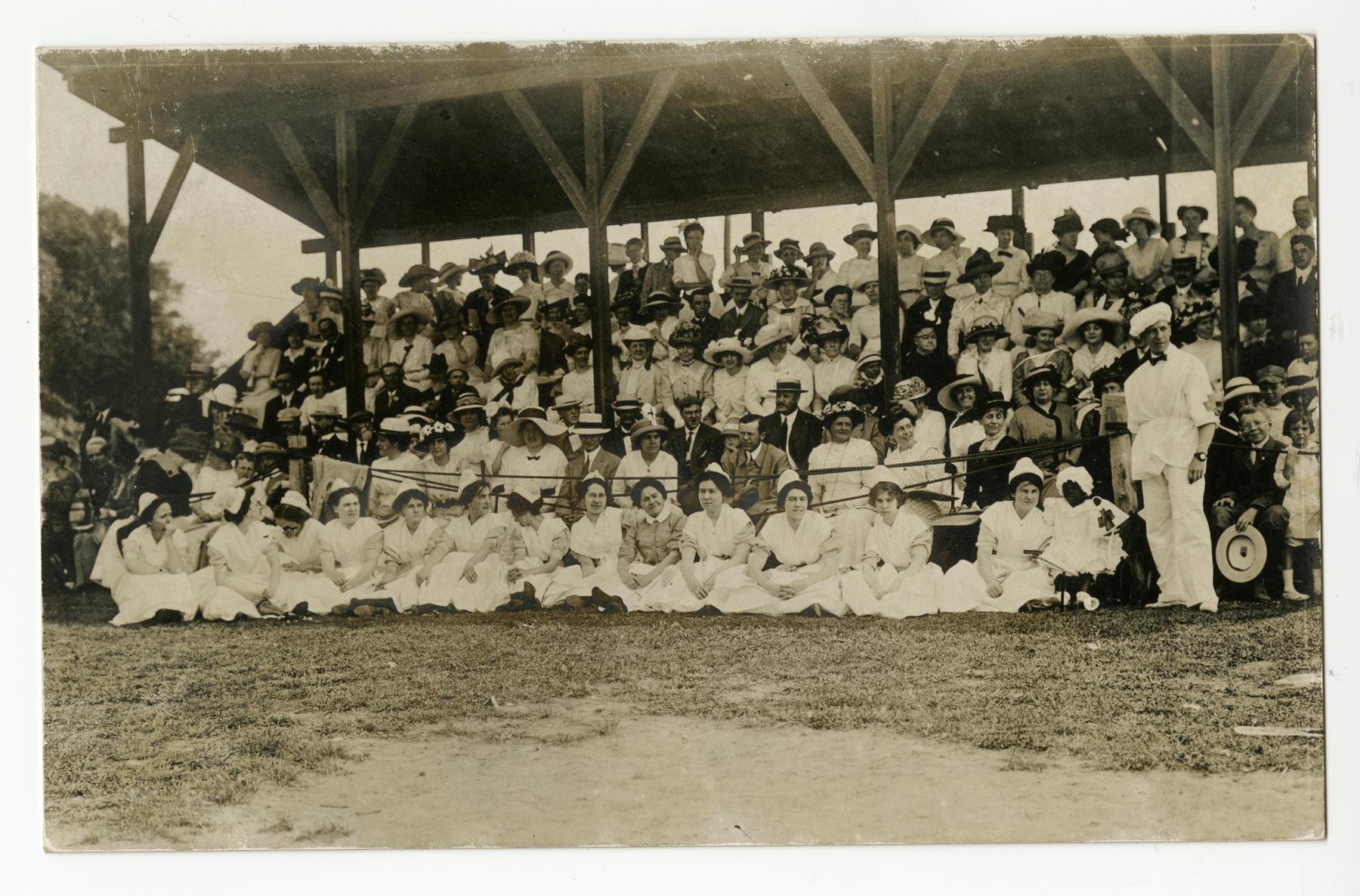 Other professional groups organized ad hoc baseball teams to compete in fundraising games for Muhlenberg Hospital. Local ministers formed the “Sky-Pilots”; newspaper men the “Ink Slingers”; and law enforcement the “Cops.” The support of the community assisted the hospital in providing health services and employment to the residents of Plainfield for more than 100 years.