With more than 250,000 photographs spanning over 150 years of baseball history, the National Baseball Hall of Fame and Museum’s photo archive would seem to contain images of every major moment and every player.

But the Museum can still often be surprised with what arrives in the mailbox - including a recent photograph donation that highlighted a need in its vast collection.

On Jan. 20, the Museum received a phone call from Cynthia Kelly Moore of Fort Myers, Fla. She explained that her grandmother, Bertha Agnes Smith, was the maternal half-sister of Effa Manley, the Negro League executive of the Newark Eagles and the Hall of Fame’s first – and to date only – female inductee.

“During my lifetime, my grandmother told us (the grandchildren) about her sister who owned a baseball team, however we never met her,” Moore explained. “Effa and Bertha were not very close siblings, but we were told that Aunt Effa visited Bertha in Baltimore from time to time. I was too young to remember.”

As she grew older, Moore’s grandmother gave her a 7” x 9” black-and-white photo of Effa as a family heirloom. However, Moore did not initially realize the full stature of her great aunt. 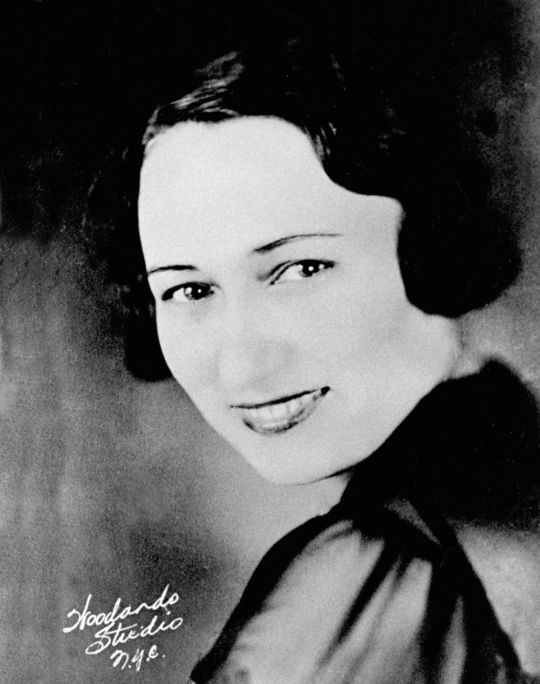 Due in part to a lack of Effa Manley images in its photo collection, the Museum has often only been able to use this headshot for storytelling purposes. BL-757-86 (National Baseball Hall of Fame Library)

“When I learned Aunt Effa was inducted into The Baseball Hall of Fame, I thought the Museum is the proper place for the picture to be housed and displayed,” she wrote. “It’s not baseball related, but it is Effa Manley as a beautiful young woman around 17 years old.” 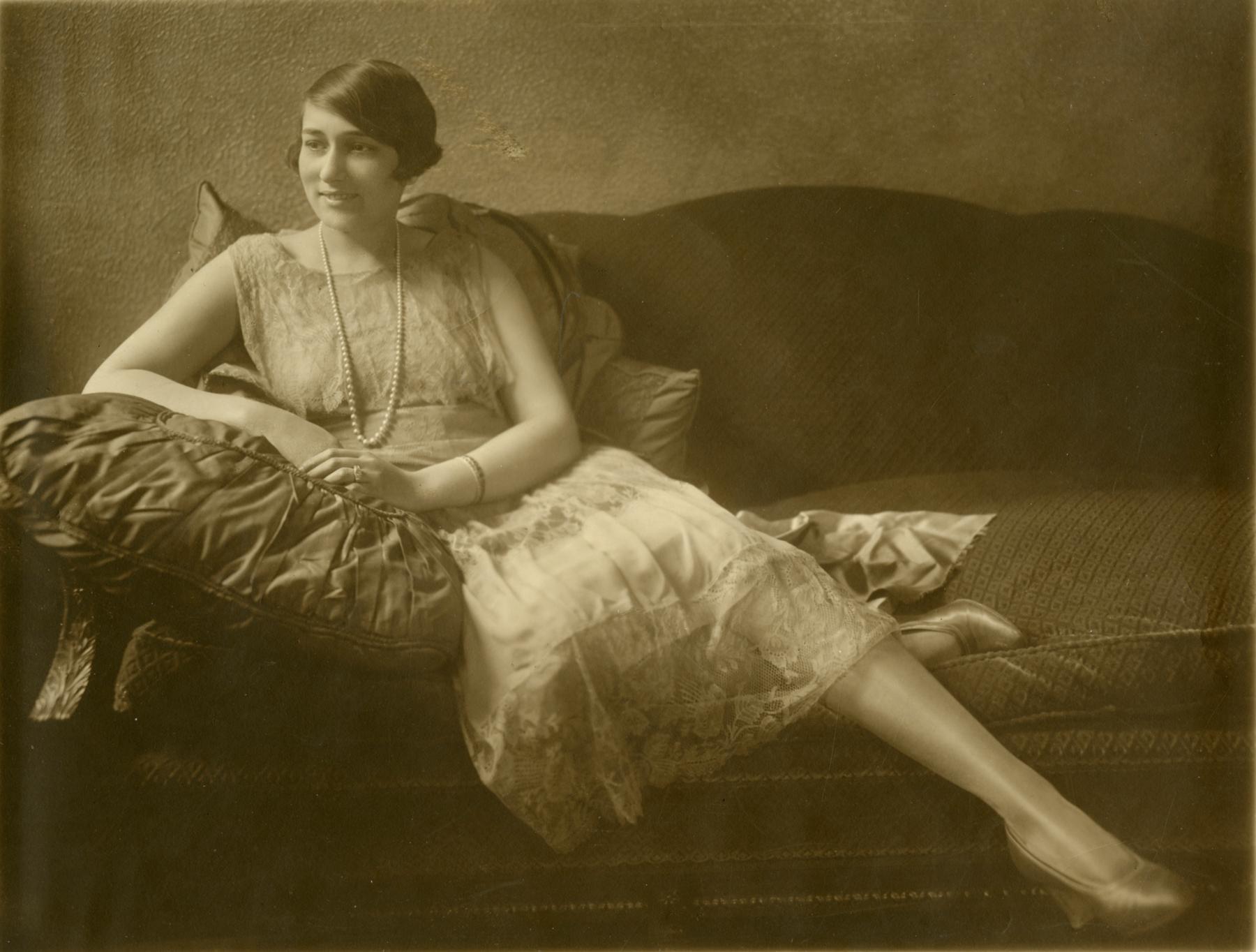 This image of Effa Manley as a 17-year old woman is one of two previously unseen images of the Hall of Fame executive donated to the Museum in 2016 by Manley's great niece Cynthia Kelly Moore. BL-49-2016 (National Baseball Hall of Fame Library)

Moore ended up donating a photo of Manley that was accessioned by the Museum, filling a void in the Hall of Famer’s file. The archive contained a few photos of Manley in her later years, when she was already in the full swing of helping the Negro Leagues become a major sporting association in America. But this addition paints a more complete picture of her life, tracing closer to her beginnings as a bubbly and ambitious up-and-comer.

Ken Roussey, the Museum’s photo archives assistant, said this recent addition of an Effa Manley image highlights a continuing need for the Museum.

“Effa Manley is like a lot of our Negro League Hall of Famers in that we only have a few images of them,” he said. “Some of those are even just cropped from larger team photos.”

Roussey cites a few reasons for why the Museum has few images for certain Hall of Fame members. Particularly with Hall of Famers from the Negro Leagues or who were prominent in the 19th century, it can often be hard to identify them in group images because no one captioned the photographs. The Museum also had a more limited network of photographers and access to their collections in previous decades.

Furthermore, Roussey says many potential donors may assume that the Hall of Fame already has photos of everything and everyone from baseball history. But because the Museum only accepts donated items and does not actively purchase photograph collections, this is simply not the case.

“I had someone cold call me recently to tell me about negatives they had of Rod Carew’s 3,000th hit,” he recalled. “They assumed we already photos of that moment, but in fact we didn’t. It’s not necessarily that people don’t want to part with these images - they’d be happy to donate them if they knew we needed them. They just assume we probably already have it.”

Roussey says a case like Cynthia Moore, in that she didn’t initially realize the full scope of Effa Manley’s status in baseball lore, can be common among those who possess a valuable piece of history.

“It would be like if an uncle hands you down a photo, and you don’t know who’s in it so you include it in your yard sale,” Roussey said. “Families will inherit these photos and don’t always know their significance.” 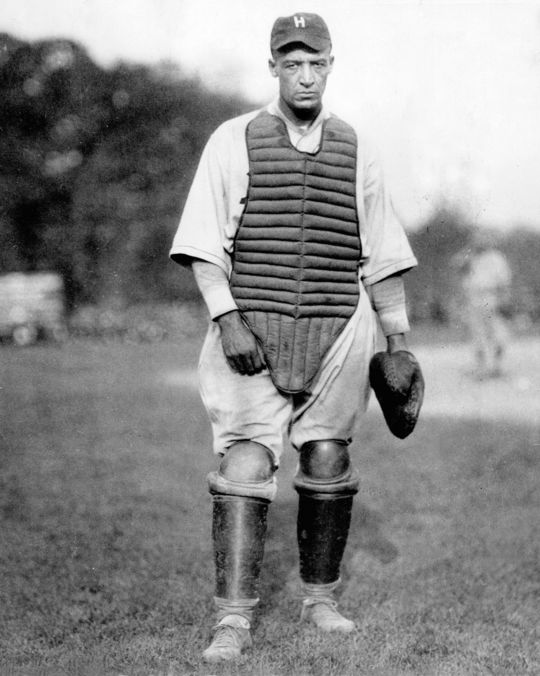 This is the only image of Hall of Famer and Negro League legend Louis Santop in the Museum's photo collection. BL-5802-79 (National Baseball Hall of Fame Library)

The Museum’s photo archive team hopes to receive more unprompted correspondence from potential donors to fill out their Hall of Famer files.

The collection is built entirely through donation and continues to grow through the generosity of numerous people who are willing to make their baseball images available to the public for research, publication, exhibition, and the personal enjoyment of fans. To explore possible donations, please email the Museum at [email protected].

The New Face of Baseball 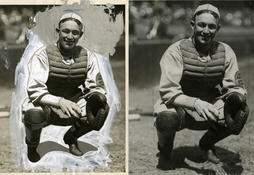