As baseball captured the public imagination in the early 20th century, one man sought to document its heroes through his camera.

And now, thanks to preservation efforts as part of the National Baseball Hall of Fame and Museum’s Digital Archive Project, those images will be enjoyed by future generations.

Charles M. Conlon was among the first to regularly shoot baseball games and players, and in doing so he became a singular name in photography. He was a proofreader for the New York Telegram in 1904 when his editor suggested he take a Graflex single-lens camera to Gotham’s ballparks. However, while his portraits of famous players including Ty Cobb, Lou Gehrig, Napoleon Lajoie and Babe Ruth would eventually be seen and distributed across the country, his own name remained largely anonymous until 1990.

That’s when over 8,000 of Conlon’s photo negatives were found in the morgues of the Sporting News offices, and it was discovered that he was the man behind many of the game’s most enduring portraits. Grouped together, Conlon’s photos share a motif: They have a way of channeling the viewer’s attention directly to the player’s facial expression. The viewer gets the sense that he or she was there on the diamond with Conlon while he worked with the living legends. 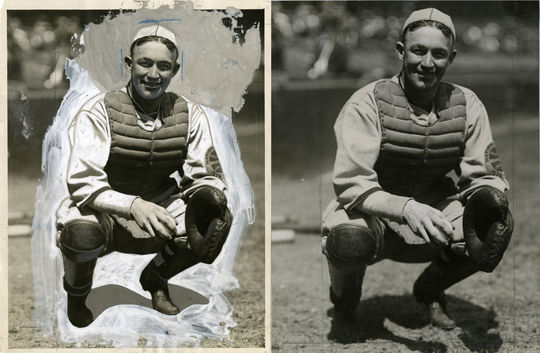 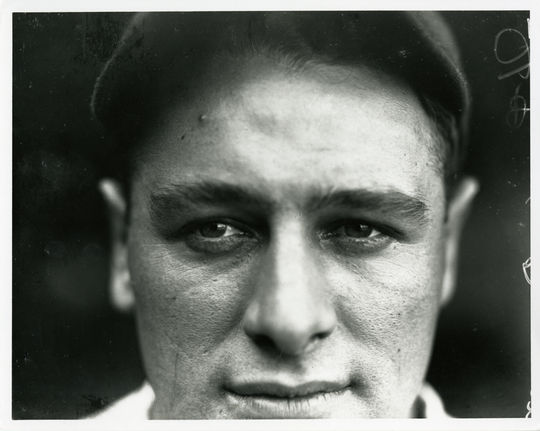 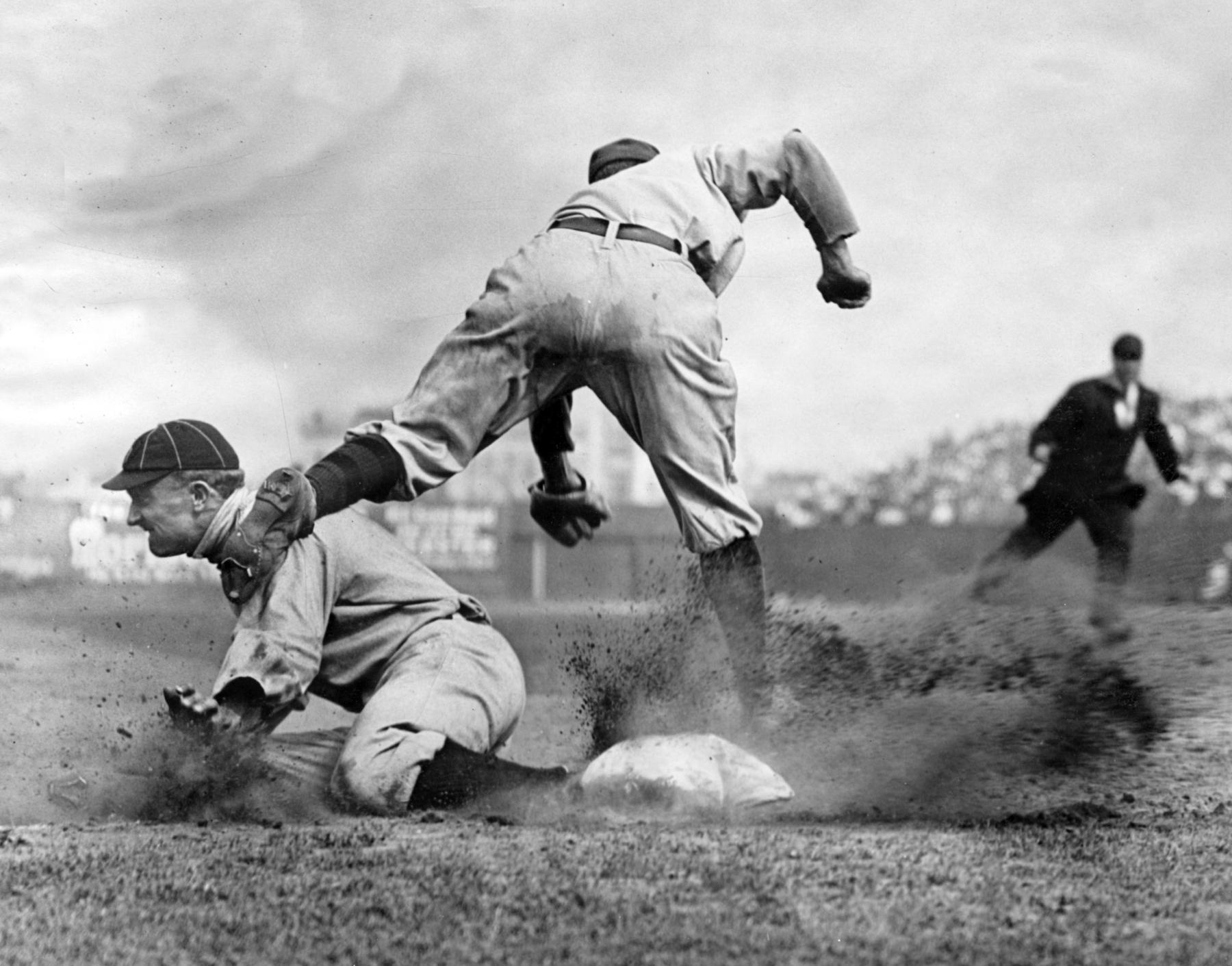 One of Charles Conlon's most enduring photographs was also one of his first - this iconic image of Ty Cobb taken on July 23, 1910. Conlon was on the field, standing behind third base, when he snapped the photo. BL-669-83 (Charles M. Conlon / National Baseball Hall of Fame Library)

“He had the ability to make things just pop off the screen,” says John Horne, the Museum’s coordinator of photo rights and reproductions. “He just seemed to know the face he wanted and that look. You can see one of his pictures and easily say, ‘That’s a Conlon.’ And that’s amazing.”

Once the full breadth of Conlon’s work was discovered, the Museum identified and set aside several hundred of his photos already in its collection for preservation. That mission will take some work: Many of the photos contain significant rips and tears, while others have grown brittle after being stored in unstable climate conditions.

“When we got these photos, a lot of them were already very old and were not stored in the proper environment,” Horne said. “We’re talking about photos that are 80 or even more than 100 years old.”

Furthermore, newspaper and magazine editors had no idea how valuable Conlon’s photos would eventually become. They marked many of them up with white masking liquids, crayons and china markers (wax pencils) in order to crop faces for headshots in their publications. As a result, many of the photos donated to the Museum resemble strange cutout collages. 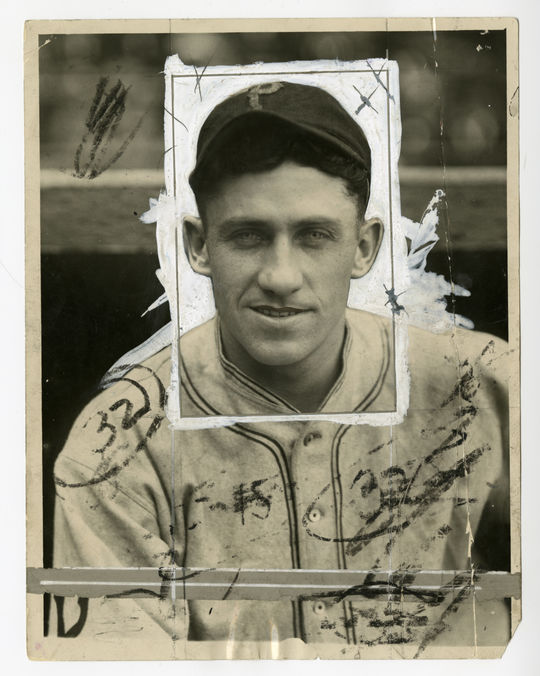 “It was a precursor to photo-editing on the computer,” says Monique Fischer.

As the senior photograph conservator at Northeast Document Conservation Center (NEDCC), Fischer has begun the work of conserving photos from the Conlon collection at NEDCC’s facility in Andover, Mass. The Hall of Fame sent its initial group of 10 photos on Dec. 16, 2014 to NEDCC, where they were first counted and documented by a registrar. Then, the images were stored in a stable environment – at a set point of 48% relative humidity and a temperature of 68 degrees Fahrenheit – until it was time to begin the conservation process.

Fischer and the photograph conservation staff began by tackling the editors’ markings. The white masking solutions were gently reduced with water, while the trickier crayon and china markers were removed with a local application of organic solvent. Suddenly, the surrounding environments – the grandstands, spectators and dugouts – came back into focus. 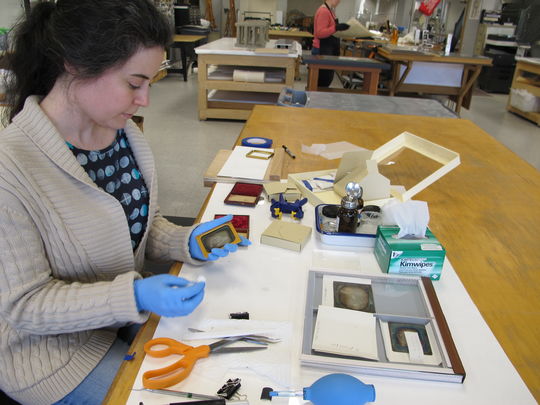 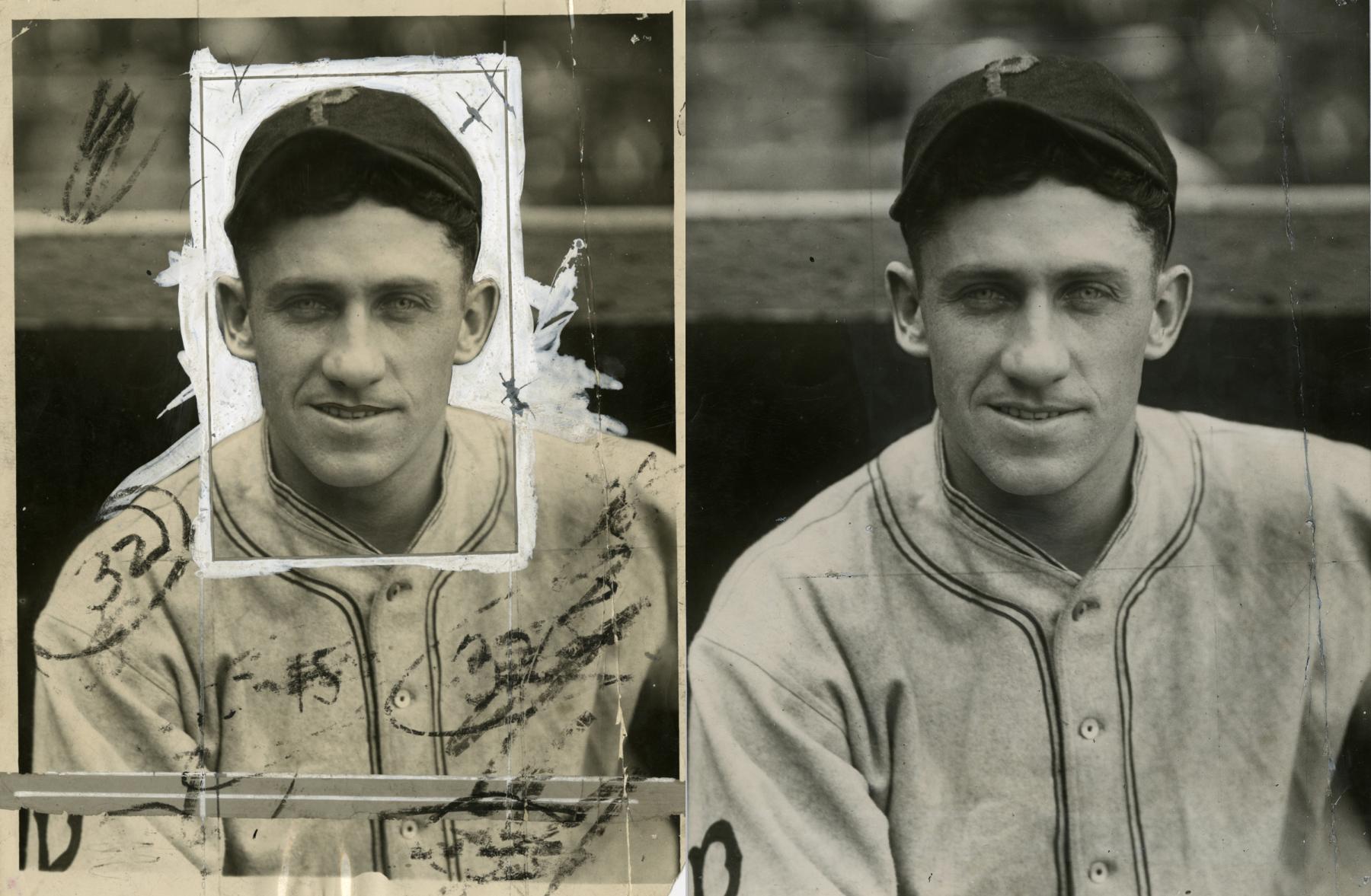 With the aesthetic task of bringing back the images’ original views complete, Fischer turned her focus on stabilizing the photos and enhancing their physical durability. The rips and tears were mended with Usu Mino, a near-invisible Japanese paper that is affixed on the reverse of the photo with wheat starch paste.

Fischer also consolidated creases by applying a dilute gelatin solution and losses to the image were inpainted with light stable watercolors. The photograph curls slightly during stabilization, so it must be humidified and flattened under moderate pressure. Then, it’s matted for presentation.

It is a gentle and very careful process that takes a couple days to complete. Fischer said the estimated cost of preserving the first group of 10 photos was approximately $7,000 to $8,000, with an average of $500 to $1,000 per photo depending on the severity of pre-existing deterioration. This preservation of this initial group of photos was generously funded by a grant from the Yawkey Foundation.

“We stabilize these images so they can be more easily handled,” Fischer said. “You don’t want to run into the problem of someone picking up a torn photograph and having it tear more or break apart. Now that they’re stabilized and placed in a window matte they are very well protected. And because these are well processed silver gelatin photographs, they will last for a very long time.” 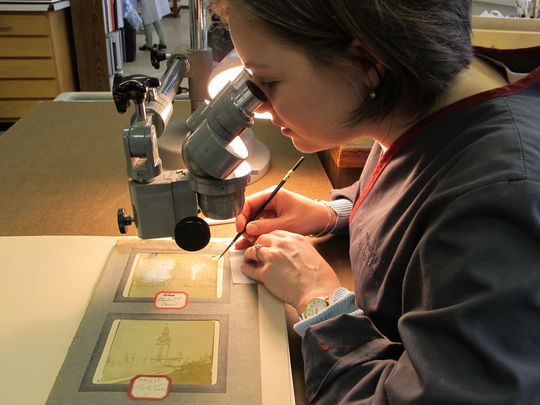 “When you store them in the right temperature and humidity, they’re going to be around for at least another 100 years.”

And now that the visual ethos of these photos have been brought back to life, they can live on in virtual perpetuity through the Hall of Fame Digital Archive Project, which aims to digitize the Museum collections and Library archive and offer fans on-line access to more than 150 years of baseball history.

The project is dependent upon the continued generous donations of passionate baseball fans, along with support provided by Market NY through I LOVE NY, New York State’s Division of Tourism, as a part of the State’s Regional Economic Development Council awards.

The first group of Conlon images are now digitized and uploaded to the Museum’s digital asset management system (DAMS) and can be shared via email, the Museum’s social media channels and its website.

“The value of museums is shifting from ‘what we hold in these four walls’ to ‘How much of what we hold in these four walls can we push out to the world?’” says Donny Lowe, the Museum’s director of digital strategy. “We want to expose our collection to baseball fans and, in the near future, the digitized versions of the Conlon images will be able to be seen by any baseball fan around the world.”

You can support the Hall of Fame Digital Archive project today. Click here for more information. 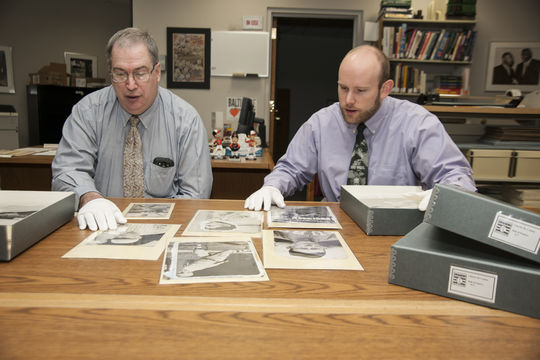