His calling: Broadcast legend and Frick Award winner Felo Ramirez saw it all

Rafael “Felo” Ramírez had one of the most recognizable voices in Latin America. After more than 70 years of broadcasting, his voice will be remembered forever.

Ramírez, 94, passed away on Aug. 21, 2017, in Miami. The Hall of Fame’s 2001 Ford C. Frick Award winner had been hospitalized since he fell on April 26. Ramírez, the Spanish voice of the Marlins since their inaugural season in 1993, had been calling baseball games for six decades.

Born on June 22, 1923, in Bayamo, Cuba, Ramírez began his broadcasting career in 1945 calling games in Havana, Cuba. He did play-by-play for Cuban Winter League games until the early 1960s when the Cuban government abolished professional sports. After leaving Cuba, Ramírez went on to broadcast over 30 years of professional baseball in Puerto Rico and Venezuela. He called games for the San Juan Senators, Cagua Natives, Magallanes Navigators and Santurce Crabs.

Ramírez’s expressive and enthusiastic tone helped him call numerous World Series and All-Star games across Latin America. He called some of the most historic moments in baseball such as Hank Aaron’s 715th home run, Roberto Clemente’s 3,000th hit and Don Larsen’s perfect game in the 1956 World Series.

The energetic Ramírez often issued this warning on his broadcast – “If you have cardiac problems, back away from your radio now!”

Baseball wasn’t his only passion, as many believed he was just as good ringside when calling boxing matches. He called fights for some of boxing legends such as Muhammad Ali and Sugar Ray Robinson. Ramírez also spent over 30 years co-anchoring with fellow Ford Frick winner Buck Canel on the Gillette Cavalcade of Sports – a show broadcast to the largest network of Hispanic radio stations. 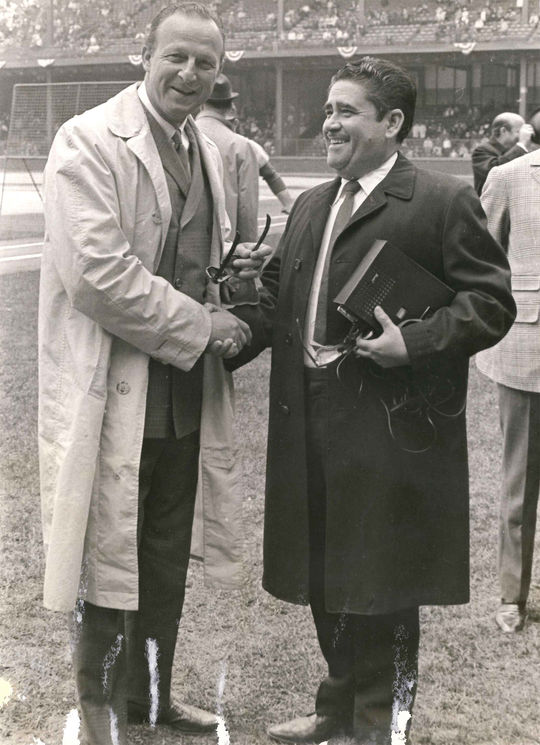 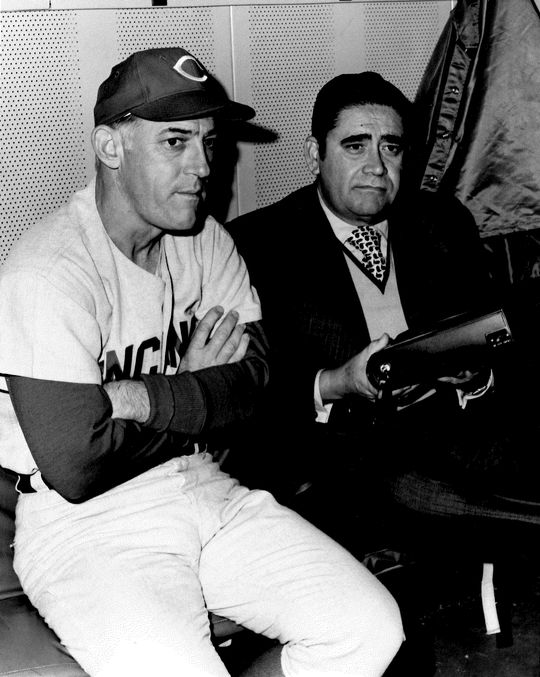 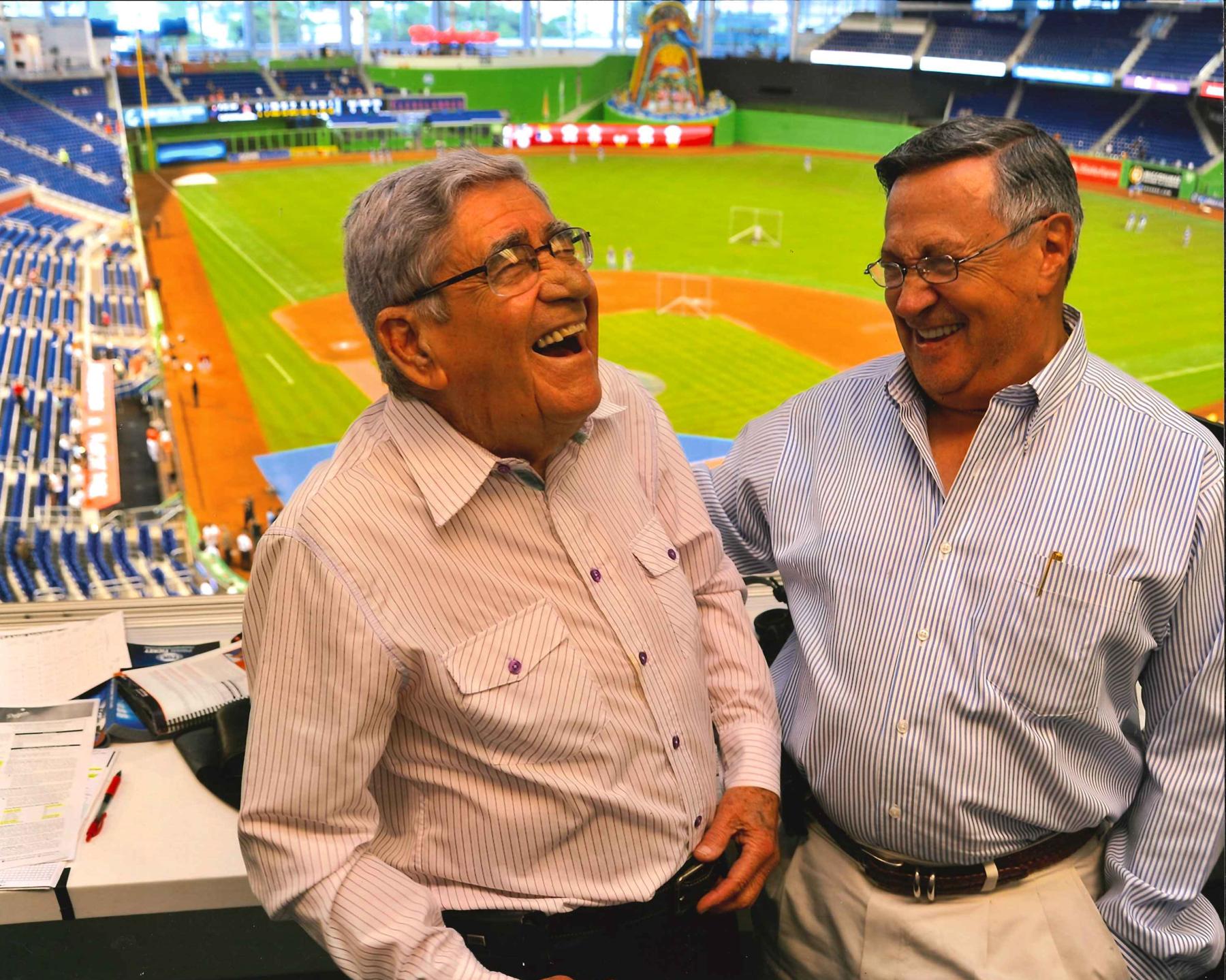 During his time with the Marlins, he called the championship runs in 1997 and 2003. Ramírez is well known in Latin America and Florida for his saying “Estaaaan ganando los Maaarlins!” – The Marlins are winning.

On Aug. 5, 2001, Felo Ramírez was presented with the Hall of Fame’s Frick Award, given to a broadcaster for “major contributions to baseball”. 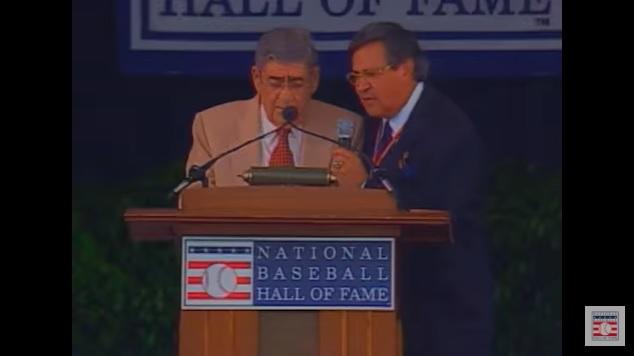 “Well when they called me to tell me (of the induction) I thought it was one of my friends playing a prank because it was absolutely incredible. It was really great. It was the surprise of my life.” Ramírez said. 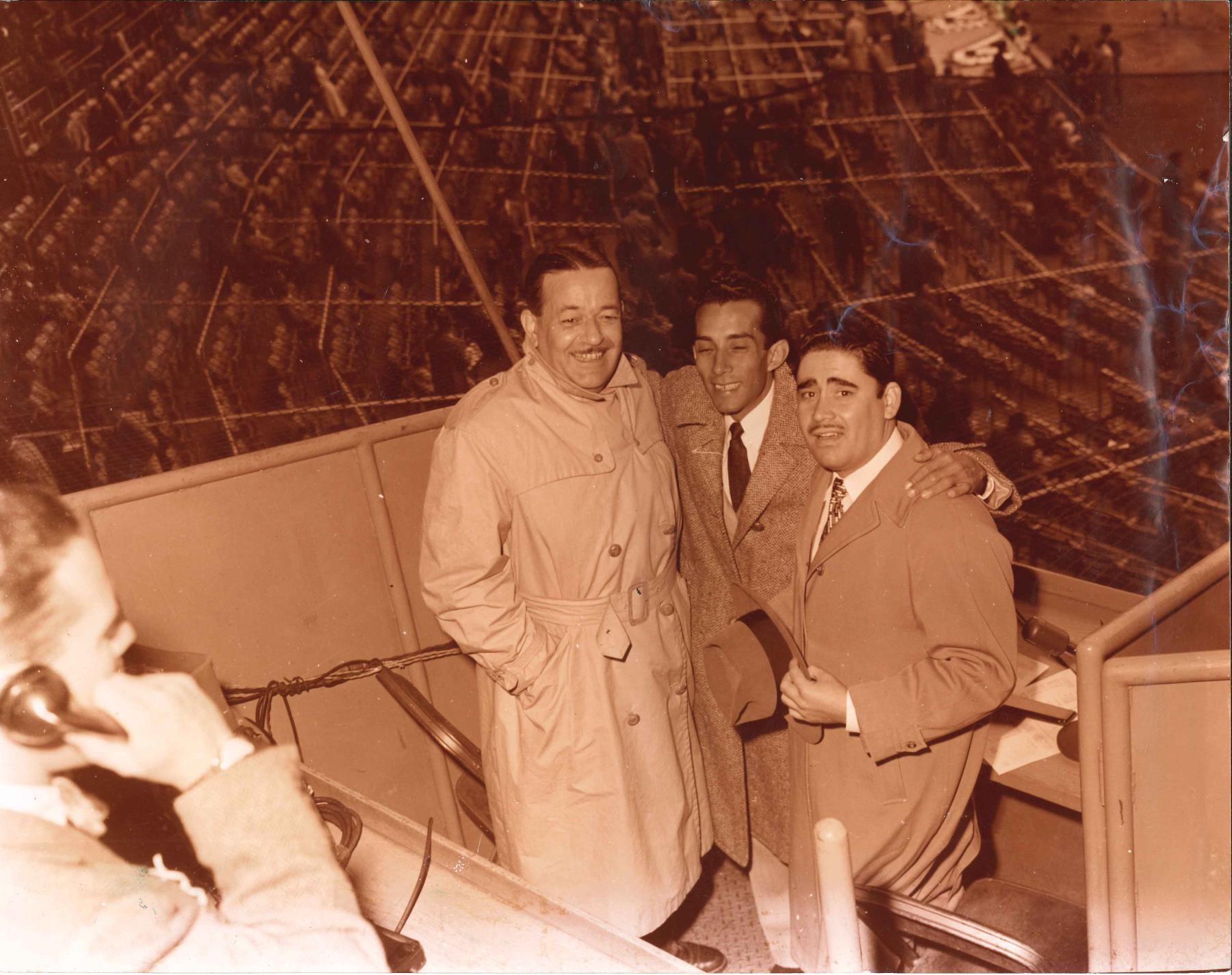 The Cuban native is a member of the Puerto Rican Baseball Hall of Fame and the Laredo Latin American International Sports Hall of Fame. Ramírez’s other honors include having the broadcast booth and a street outside Marlins Park in Miami named after him.

“I intensely live through baseball. Frankly, it is my life and I say all the time that I’d like to die next to the microphone, really, because I really adore it, because I love it.” Ramírez said.