Bob Gibson remembered as one of baseball's ultimate competitors

Bob Gibson induced fear during his 17 big league seasons, but not with his blazing fastball or determined glare or incredible stamina. Gibson intimidated with sheer determination, instilling in opponents the belief that he simply would not allow himself to fail.

It was a skill that made Gibson one of the most successful and respected pitchers in baseball history. 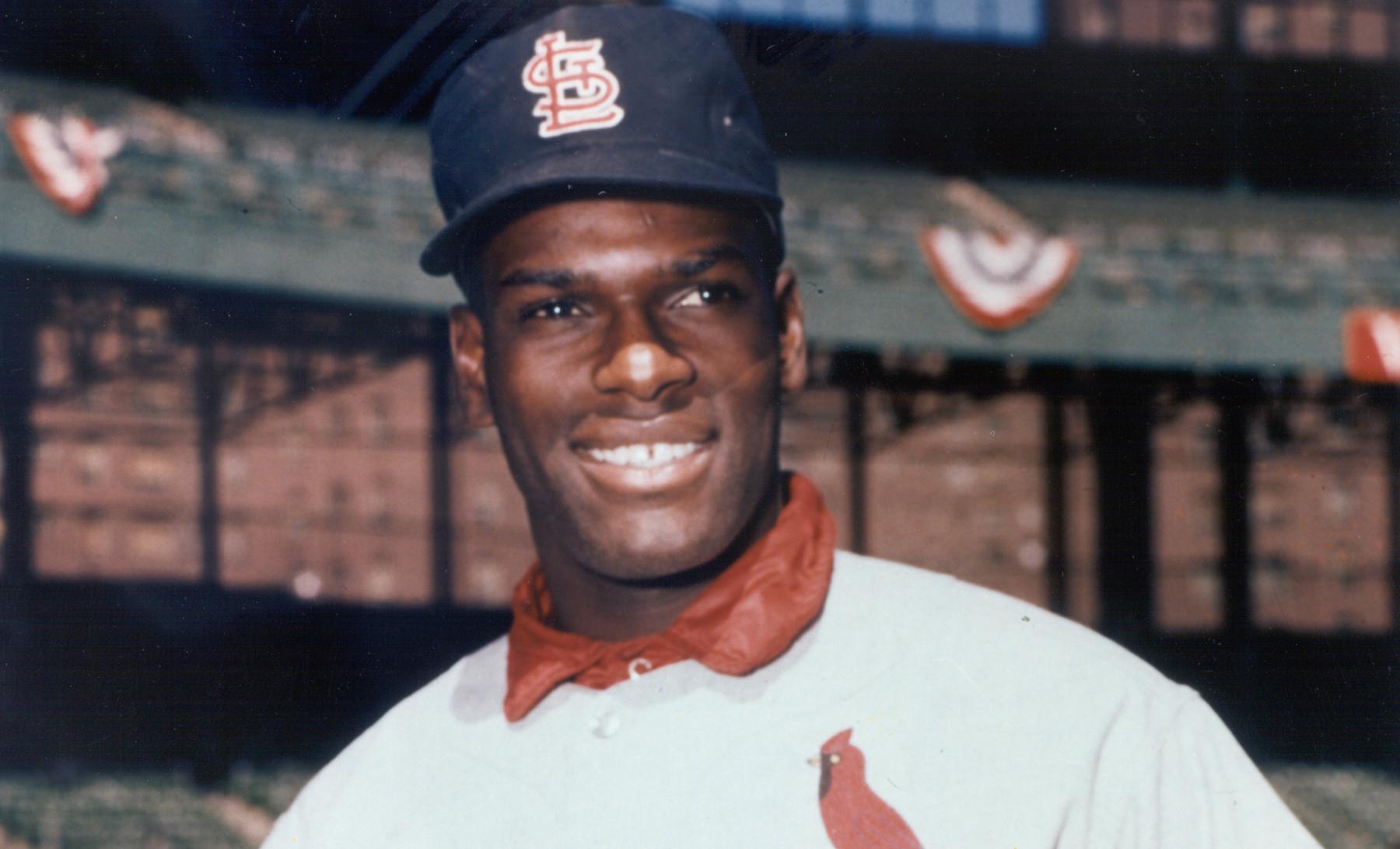 Gibson passed away on Friday, Oct. 2, at the age of 84. A nine-time All-Star, Gibson was at his best when it mattered most – going 7-2 with eight complete games over nine starts in three World Series – two of which his St. Louis Cardinals won.

Gibson was elected to the Hall of Fame in 1981.

“Bob Gibson’s intensity and determination commanded respect and admiration from his peers on the field, as well as the generations of baseball fans who followed him throughout his career," said Hall of Fame Chairman Jane Forbes Clark. "His deep love and dedication to the game was felt by everyone he encountered, and nowhere more so than in Cooperstown, where he and his wonderful wife Wendy would return each summer, after his Induction in 1981. On behalf of the Board of Directors and the entire staff of the Hall of Fame, we send our love and deepest condolences to Wendy and the Gibson family. Bob’s spirit will live on forever at the Hall of Fame.”

Born Nov. 9, 1935, in Omaha, Neb., Gibson starred in both basketball and baseball in high school despite his many childhood health issues. He went to Creighton University on a basketball scholarship before signing with the Cardinals in 1957. He was sent to Triple-A Omaha and also played basketball for the Harlem Globetrotters that year.

But once the Cardinals asked him to commit to baseball – and gave him a raise – Gibson devoted his life to the National Pastime. 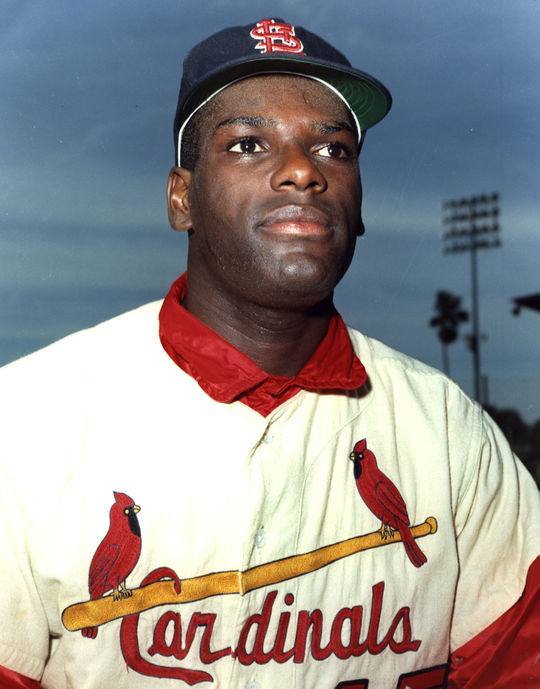 In 1964, the Cardinals won their first NL pennant in 18 years – Gibson went 9-2 down the stretch as St. Louis overtook the Phillies – and faced the Yankees in the World Series. Gibson started and lost Game 2 then returned to pitch 10 innings in Game 5, striking out 13 to lead St. Louis to a 5-2 win.

Keane, however, stuck with his ace. Gibson responded by finishing the complete game and wrapping up the World Series.

“I had a commitment to his heart,” Keane explained after the game.

In 1967, Gibson was 10-6 on July 15 when a fourth-inning line drive by Pittsburgh’s Roberto Clemente broke Gibson’s leg. Incredibly, Gibson faced three more batters before leaving the game – then returned to the Cardinals’ rotation on Sept. 7, winning three of his last four decisions while leading St. Louis to the National League pennant. 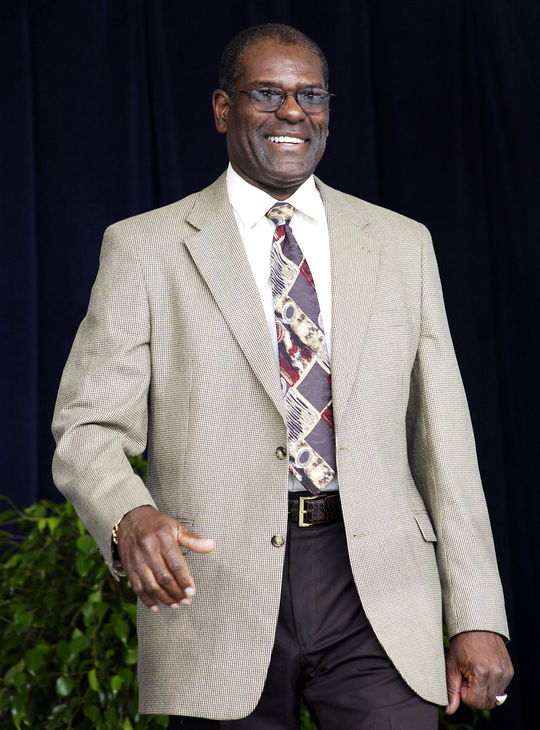 In the World Series against the Red Sox, Gibson allowed just three earned runs over 27 innings, winning Games 1, 4 and 7 as the Cardinals captured the title.

His best season came in 1968. The hard-throwing right-hander went 22-9 with a league-leading 268 strikeouts and a 1.12 ERA, the lowest figure since 1914. For his performance that season, he was awarded the National League Cy Young Award and Most Valuable Player Award.

“He didn’t like to lose to anyone in anything,” said Cardinals catcher Tim McCarver. “Bob was a man of mule-ish competitive instinct.”

Gibson always seemed at his best when the ultimate prize was in reach. Gibson set numerous World Series records including eight consecutive complete games, seven consecutive wins, 17 strikeouts in a game and three complete game wins. He was named World Series MVP for both the Cardinals wins in 1964 and 1967. 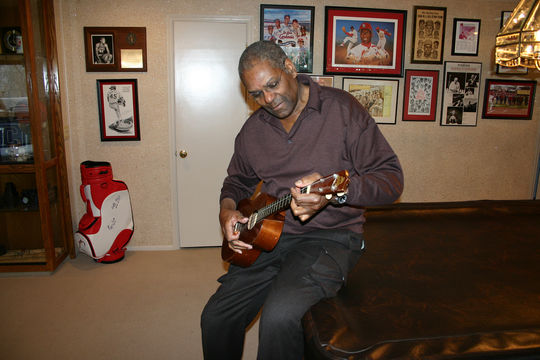 Bob Gibson demonstrates his guitar skills during a 2012 interview at his home. (National Baseball Hall of Fame and Museum)

“He’s one of the finest athletes and human begins I’ve ever met,” said Hall of Famer Ernie Banks. “He instills the competitive drive in others. His overall approach is to win.”

On Aug. 14, 1971, Gibson tossed a no-hitter against the Pittsburgh Pirates despite being slowed by a torn thigh muscle.

“One thing I’ve always been proud of is the fact that I’ve never intentionally cheated anybody out of what they came to the ball park to see,” Gibson said. “But most of all, I’m proud of the fact that whatever I did, I did it my way.” 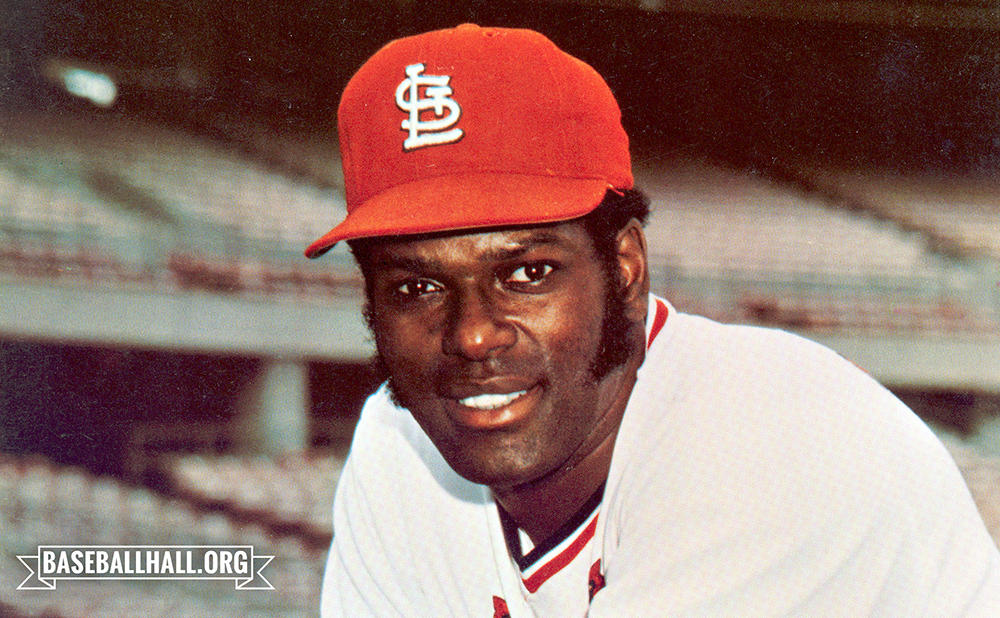 Gibson played his entire big league career in St. Louis and finished with 3,117 strikeouts – becoming only the second pitcher to reach the 3,000-strikeout milestone. He was the definition of intimidation, competitiveness and dignity on and off the field, earning the respect of teammates like Torre – who later named Gibson his “attitude coach” when he managed the Mets.

“There are players that play the game of baseball that attempt to live up to standards,” said Gibson’s former teammate Ron Fairly. “This man (Gibson) sets them.”