The game’s All-Stars are headed to Washington, D.C. And the home of baseball will be there as well as the Hall of Fame brings its annual celebration of the game to All-Star FanFest.

FanFest patrons will be given a Hall of Fame experience that includes exhibits, trivia and educational programs. Seven micro-exhibits featuring over 140 artifacts donated to the National Baseball Hall of Fame will make their way to FanFest:

Baseball in the Nation’s Capital

Take a journey to 1905 by viewing the jersey of Jake Stahl, the 26-year-old player manager for the Washington Senators at the time. Relive Ryan Zimmerman’s walk-off home run in the inaugural game at Nationals Park in 2008.

A game is never complete without a jersey. The Unusual Jerseys exhibit will feature Johnny Bench’s 1978 green St. Patrick’s Day Reds Jersey and the Boston red sock jersey from 1908.

Numerous artifacts will honor historic ballparks including a seat from Ebbets Field, the circuit board used to operate the scoreboard in the Astrodome and a Yankee Stadium usher jacket from the 1970s.

With the nation’s capital home to the White House, it is only fitting to recognize the connection between baseball and the oval office. An autographed baseball featuring the signatures of 10 presidents, a ball tossed for the first pitch by President William Taft at a Washington Senators game and Dwight D. Eisenhower’s glove from his first pitch at Griffith Stadium in 1956 will all commemorate baseball’s link to the presidency.

Women have been a part of baseball since the game’s earliest days. Included in the exhibit are Audrey Wagner’s tunic from her time with the Kenosha Comets in 1948, Christine Wren’s umpire chest protector when she became the first female to complete a full minor league season and Julie Croteau’s mitt when she started regularly for St. Mary’s College in 1989.

Fans at the Hall of Fame’s FanFest exhibit can also experience the following interactive experiences:

Fans can try their hand at baseball trivia. The Hall of Fame will feature its nine-inning version of trivia in which contestants will have to get through nine rounds of questions. 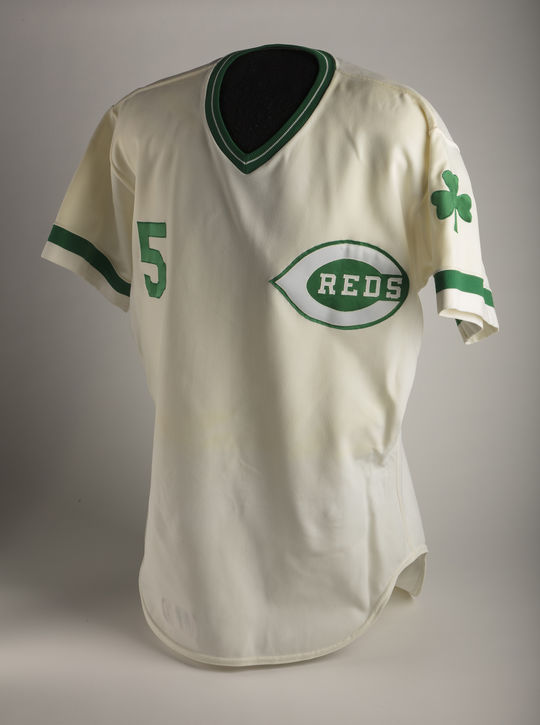 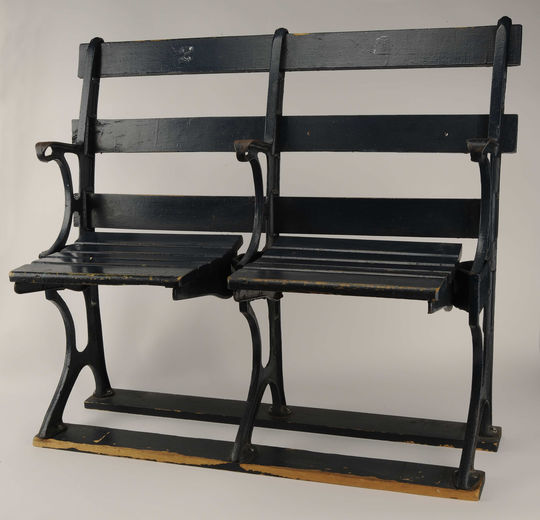 These seats from Ebbets Field will be on display at the Hall of Fame experience at the All-Star FanFest in Washington D.C. (Milo Stewart Jr./National Baseball Hall of Fame and Museum) 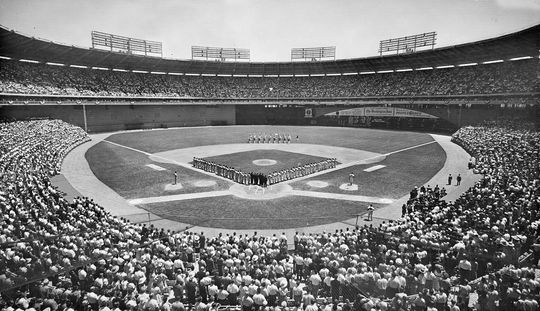 The last time the All-Star Game was held in Washington D.C., it took place at Robert F. Kennedy Memorial Stadium in 1969. (National Baseball Hall of Fame and Museum)

Educational programming will feature the ‘Tools of the Trade’ program held by the Hall of Fame’s Manager of On-Site Learning, Nathan Tweedie. This program dives into the changes throughout the history of baseball equipment. Fans will learn how and why equipment has evolved throughout time. How does Aaron Judge’s bat, the heaviest used in the majors today, compare to that of Pete Browning’s bat used in the late 19th century? What’s inside a Major League baseball? Fans can find out all of that and more in the approximately 30-minute program that will be held each day at 11 a.m. and 2 p.m.

Fans can also watch documentaries related to baseball and the nation’s capital.

The All-Star FanFest will take place July 13-17 in the Walter E. Washington Convention Center in Washington, D.C. Gates open at 9 a.m. each day.