Richie Ashburn played the outfield in the National League in the 1950s when legends like Mays, Snider, Aaron, Clemente and Robinson were all building their Hall of Fame careers.

But in 1995, Cooperstown came calling for Ashburn, too – honoring the remarkable center fielder who became one of the game’s best leadoff hitters.

On March 7, 1995, Ashburn was elected to the Hall of Fame by the Veterans Committee along with Negro Leagues star pitcher Leon Day, William Hulbert, one of the founders of the National League, and turn-of-the-century pitcher Vic Willis.

“I never played a day when I thought about getting in the Hall of Fame,” Ashburn said. “But what I did, I did pretty good.”

What Ashburn did was compile a .308 batting average and a remarkable .398 on-base percentage over 15 big league seasons with the Phillies, Cubs and Mets. A five-time All-Star who led the NL in walks four times, hits three times and batting average twice, Ashburn also was one of the greatest defensive outfielders of his day – though the arc of his career (he played more than half of his games before the Gold Glove Award was created) and the presence of players like Mays and Clemente often combined to overshadow his skills.

But Ashburn’s 6,089 career putouts rank sixth all-time behind Mays, Tris Speaker, Rickey Henderson, Max Carey and Ty Cobb – each of whom played at least five more seasons than Ashburn. Ashburn is the only outfielder in big league history with at least four seasons of 500-or-more putouts. 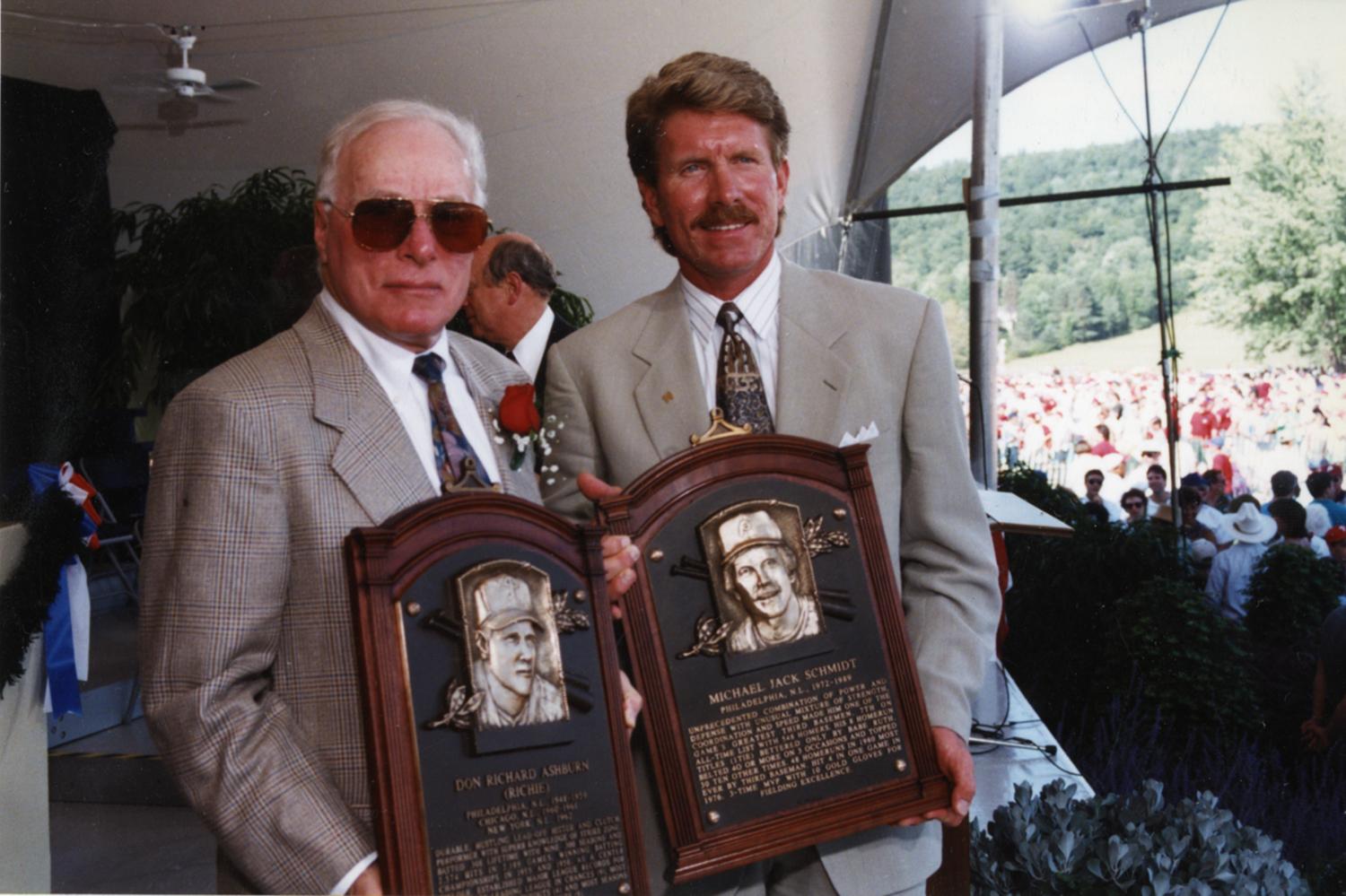 Ashburn also played in 731 straight games from 1949 through 1954 and never struck out more than 50 times in a season. He retired as a player following the 1962 season with the Mets, signing on to broadcast Phillies games – a position he held until his passing on Sept. 9, 1997.

“I would rather be on a playing field,” said Ashburn, who hit .306 with a .424 on-base percentage in 1962 with New York, right after taking the job with Philadelphia station WFIL. “If it was any other job in any other city, I don’t think I would have taken it. But this is a pretty good job.”

Ashburn was inducted along with Day, Hulbert and Willis – and Baseball Writers’ Association of America electee Mike Schmidt – on July 30, 1995, in Cooperstown. A then-record crowd of 50,000 fans – many from Philadelphia – were in attendance at the Induction Ceremony. 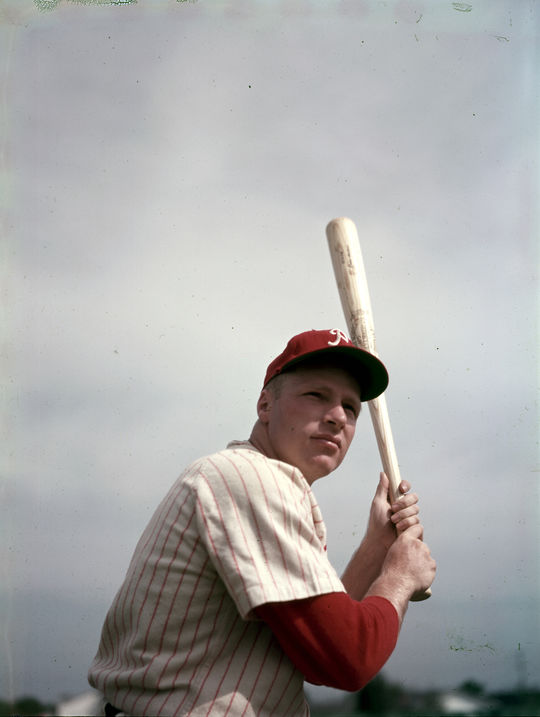 Richie Ashburn compiled a .308 batting average and a .398 on-base percentage over 15 big league seasons with the Philadelphia Phillies. (Photo courtesy of Look Magazine) 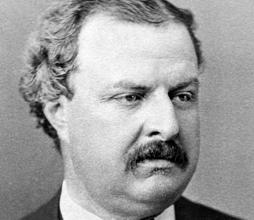