He was the face of the franchise and a hero in three cities. He was also one of the game's greatest third basemen.

But on Dec. 31, 1966, the Braves and Eddie Mathews ended their 15-year run when Atlanta sent its hot-corner star, Sandy Alomar and Arnold Umbach to the Houston Astros in exchange for Bob Bruce and Dave Nicholson.

Mathews, then 35, was a nine-time All-Star and two-time National League home-run king. He broke in with the Boston Braves in 1952, hitting 25 homers while finishing third in the NL Rookie of the Year vote. The next year, owner Lou Perini moved the Braves to Milwaukee – shattering Major League Baseball's half century of franchise stability.

But the results for the Braves – and for Mathews – were sensational. 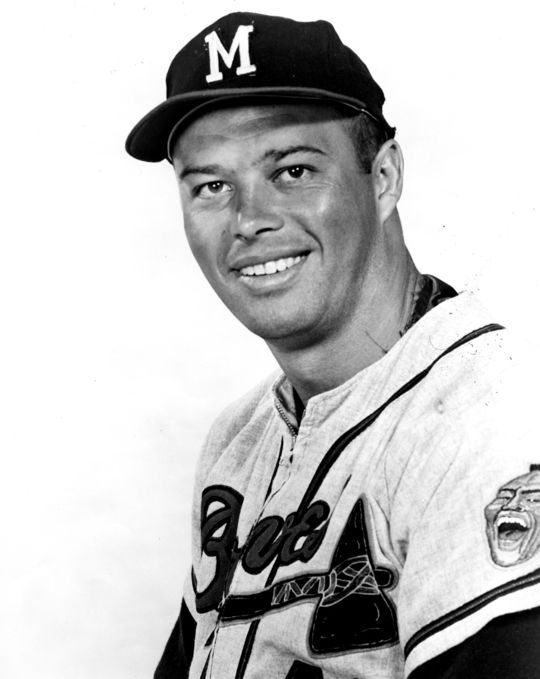 Eddie Mathews was traded by the Braves to the Astros on Dec. 31, 1966. In his 15 seasons with the Braves, Mathews hit 493 home runs. (National Baseball Hall of Fame and Museum)

Mathews became a superstar at 21 in 1953, posting career highs of 47 homers and 135 RBI while finishing second in the Most Valuable Player balloting to Brooklyn's Roy Campanella. The Braves, meanwhile, increased their attendance by more than 20,000 per game and set a new NL record by drawing 1.82 million fans to County Stadium.

Over the next nine seasons, Mathews teamed with future Hall of Famers Hank Aaron and Warren Spahn to help create a mini-dynasty. The Braves finished first or second in six of those seasons, winning NL pennants in 1957 and '58 and a World Championship in 1957. Mathews, meanwhile, was named to All-Star teams in eight of those seasons, averaging 36 homers and 99 RBI per year.

Milwaukee's love affair with the Braves began to wane in the mid-1960s, but Mathews remained Milwaukee's everyday third baseman through the 1965 season. Then in 1966, the Braves moved to Atlanta, and Mathews' playing time decreased. Still, his one season in Georgia made Mathews the only Brave to play in Boston, Milwaukee and Atlanta. 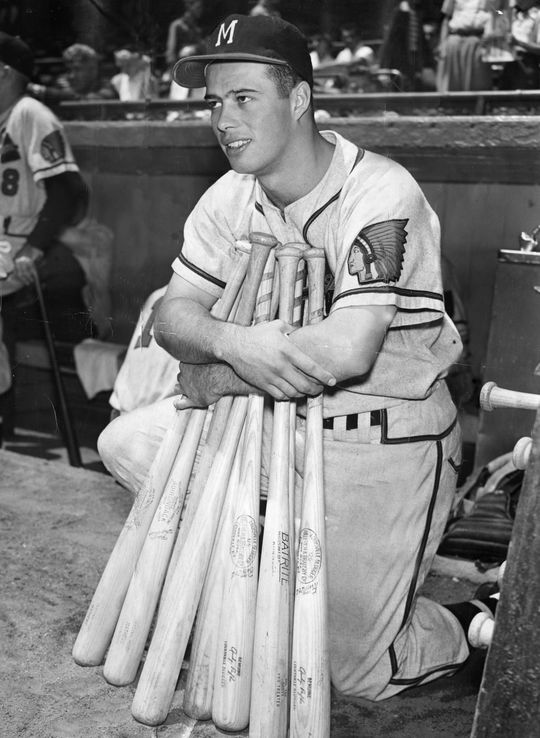 The Astros traded Mathews to the Detroit Tigers during the 1967 season, but not before he hit his 500th career home run while with Houston – making him, at the time, just the seventh player in big league history to reach that mark. Only Babe Ruth, Jimmie Foxx, Mel Ott, Ted Williams, Willie Mays and Mickey Mantle reached 500 home runs before Mathews.

Mathews appeared in 31 games for the Tigers in 1968, helping Detroit win the World Series that year with one hit and one walk in four Fall Classic plate appearances. He retired after the 1968 season with 1,506 runs scored, 1,453 RBI and 512 home runs. 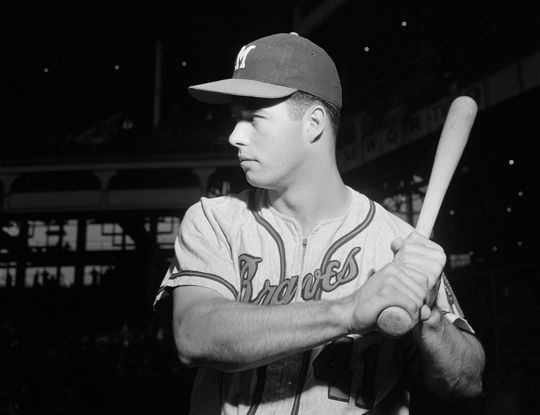 Eddie Mathews played for the Braves in Boston, Milwaukee and Atlanta, the only big leaguer to do so. He was elected to the Hall of Fame in 1978. (Osvaldo Salas/National Baseball Hall of Fame and Museum) 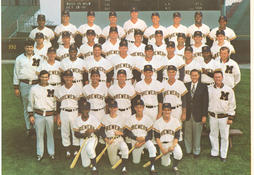