It seemed to be a simple swap of shortstops, with a former 20th-round draft pick thrown in for good measure.

But when the Cubs acquired Ryne Sandberg from the Phillies on Jan. 27, 1982, the future of Wrigley Field baseball was changed in ways Chicago fans could never have imagined.

After several weeks of wrangling, the Phillies traded five-time All-Star Larry Bowa and Sandberg to the Cubs in exchange for Iván de Jesus. Bowa was 36 and seeking a two-year contract extension that would have taken him through the 1984 season, but Phillies general manager Paul Owens was unwilling to sign his shortstop to that deal.

Instead, Owens found a trade partner in Dallas Green, who had managed the Phillies to the 1980 World Series title and had moved on to become the Cubs’ general manager. But by working with someone who knew the Phillies’ system well, Owens was at a decided disadvantage.

Green reportedly refused to make any deal unless Sandberg was part of the package.

“This is a super trade for the Chicago Cubs for two reasons,” Green told United Press International. “First, in Bowa it gives us a quality shortstop who possesses many of the intangibles necessary for building the Cubs into a contender. Secondly, it gives us a great young infielder (Sandberg) with speed and offensive potential plus versatility.”

Bowa immediately signed a four-year deal with the Cubs worth a reported $2 million. He proved to be a stabilizing force who would handle the team’s regular shortstop duties for the next three seasons. 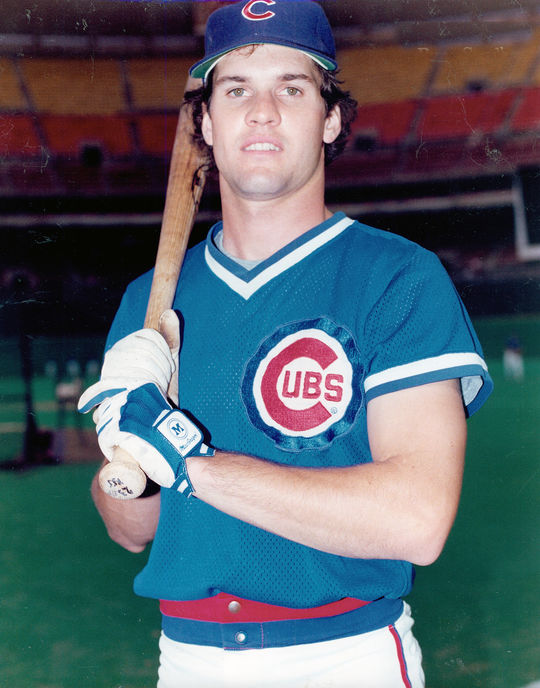 De Jesus hit just .194 as the Cubs’ regular shortstop in 1981, but rebounded with the Phillies as their starting shortstop from 1982-84, helping Philadelphia win the National League pennant in 1983.

Sandberg, however, would make history.

A 20th-round selection out of North Central High School in Spokane, Wash., in 1978, Sandberg fell several rounds in the draft because teams were scared off by his intentions to play football for Washington State University. But the Phillies – and Green – took a chance and signed Sandberg to a bonus commensurate with a much higher pick.

By 1981, Sandberg had debuted in the majors with the Phillies as a late-season call-up. But Owens believed that infield prospect Julio Franco would soon not leave any room for Sandberg in the starting lineup, making Sandberg a luxury that Owens could afford to trade.

In 1982, Sandberg won the job as the Cubs’ Opening Day third baseman, hitting .271 with 103 runs scored and finishing sixth in the NL Rookie of the Year voting. The next season, the Cubs moved Sandberg to his natural position at second base, where he won the first of nine straight Gold Glove Awards. 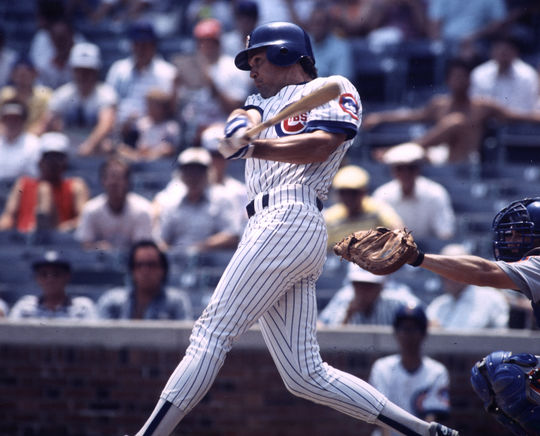 Ryne Sandberg was traded from the Phillies to the Cubs on Jan. 27, 1982, putting him on the path to Cooperstown. (National Baseball Hall of Fame and Museum)

Then in 1984, Sandberg and the Cubs took the baseball world by storm, with Chicago advancing to the postseason for the first time in 39 seasons by winning the NL East and Sandberg capturing the NL Most Valuable Player honors after batting .314 with 19 homers, 84 RBI and NL-leading totals in runs (114) and triples (19).

But that was all in front of Sandberg on the night he was traded – an evening where he was scheduled to be honored at the 34th Annual Inland Empire Sports Awards Banquet at the Spokane Convention Center. Following the trade, however, Sandberg’s parents accepted his award for him. 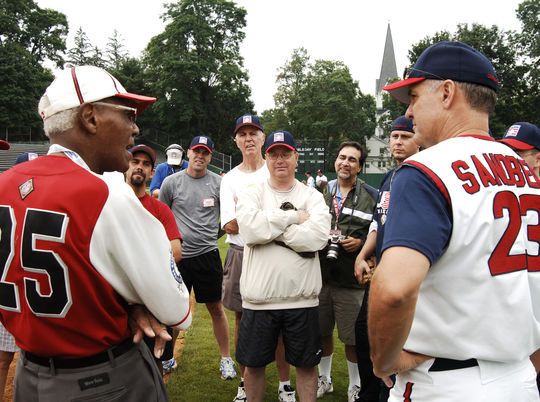 Ryne Sandberg chats with Buck O'Neil on July 28, 2006, at Doubleday Field in Cooperstown. Sandberg was elected to the Hall of Fame in 2005. (Milo Stewart Jr./National Baseball Hall of Fame and Museum)

“Never mind me, I can’t believe the Phillies gave up Sandberg,” Bowa told the Chicago Tribune. “He’ll play for the Cubs right now. Only thing is, he’s real quiet. We’re going to have to get him to talk more in Chicago.”

For 15 seasons with the Cubs, Sandberg let his playing do the talking by compiling 2,386 hits, 282 home runs, 344 stolen bases and 10 All-Star Game selections before he was elected to the Hall of Fame in 2005. 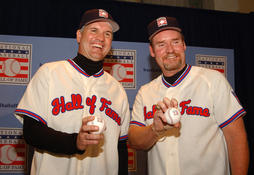 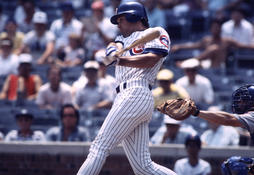 Ryne Sandberg made history when he became the first second baseman to homer 30+ times in consecutive seasons. 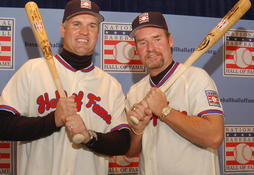