Jeremiah Paprocki’s young life has already brought him to Cooperstown – both figuratively and literally.

Paprocki, as a 21-year-old, debuted as the Chicago Cubs’ first Black public address announcer – and the youngest in the majors – in 2021, when he was still a senior at University of Illinois at Chicago.

Last year, he donated the microphone he used during his history-making big league start to the National Baseball Hall of Fame and Museum.

On March 17, Paprocki and his mother Barbara came to see the donation, which is part of the Whole New Ballgame exhibit on the Museum’s second floor.

“Once I knew it was coming here, I was like, ‘Oh, I have to go visit,’” said a smiling Paprocki after participating in a public program at the Hall of Fame’s Bullpen Theater. “My mother and I looked at the logistics, our schedules, and we're like, ‘Well, this will work for us so we have to go see it.’”

Born and raised in the Windy City, Paprocki and his mother’s trip from Chicago to Cooperstown was the journey of a lifetime.

“If there's a will there's a way. So we made a way to get here and it was definitely worth the experience for sure,” said the now 22-year-old “Voice of Wrigley Field,” who graduated from college in December. “And it was important to have my mother here to share in the experience – because if it wasn't for her, who knows what career path I would have chosen.” 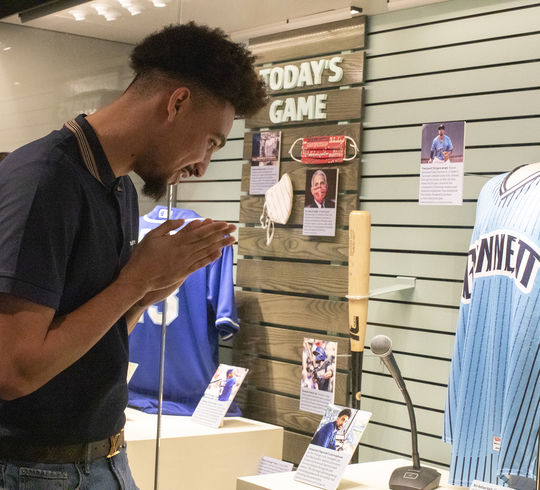 Cubs PA announcer Jeremiah Paprocki traveled to Cooperstown on March 17, 2022, to see his microphone on display at the Hall of Fame. (Milo Stewart Jr./National Baseball Hall of Fame and Museum)

Paprocki’s mother, who worked at the Wrigley Field parking lots in the 1990s, infused a lifetime love of the Cubs in her son. Attending his first games at the Friendly Confines at only a few months old, and returning multiple times per season during his childhood, Paprocki attributes his interest in PA announcers to his times at local ballparks and arenas.

“Her taking me to those Cubs games and Chicago Bulls games was a real influence,” he recalled. “Those experiences definitely shaped who I am today.”

Looking back on the mic donation itself, Paprocki still marvels at how much has come his way in such a short period of time.

“So when the Cubs asked I was like, ‘You said what?’ But then I was like, ‘Okay, I'm not going to say no. I mean, it's the Baseball Hall of Fame and Museum,’” Paprocki said. “It’s a different feeling when you're not a player who works on their career to get to that level. This has all come so fast, being hired by the Cubs, and then a few months later they're like, ‘Hey, by the way, your mic is in the Hall of Fame.’

“It's an honor for sure. Most kids growing up, when they get around sports, they're like, ‘I'm going to play the game and then get into the Hall of Fame.’ Being a PA announcer, it never really crosses your mind. So seeing the mic when I first got here was just emotional because all the hard work paid off. And to be in a place with a whole lot of legendary names, it means the world to me.” 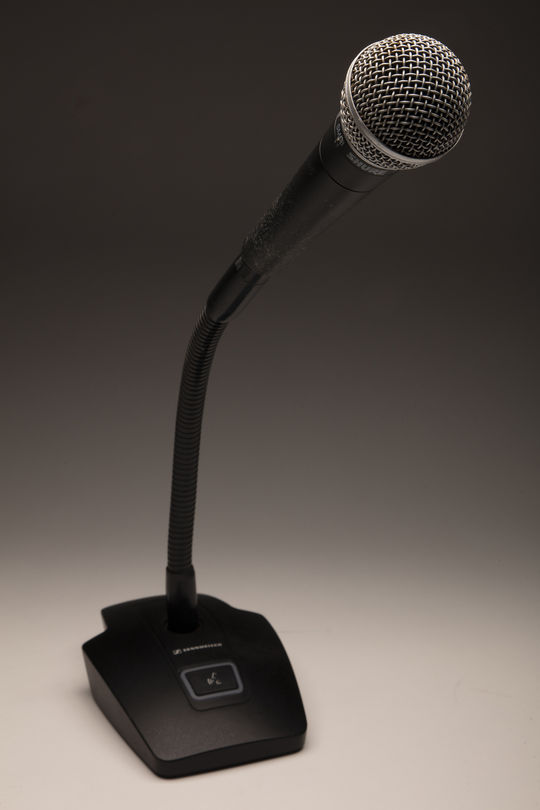 It was almost a year ago, while Paprocki was on spring break, that he found out the Cubs posted the PA announcer job opening. Thus began the whirlwind that the last 12 months have been for him.

“Because of the pandemic, there were no sports for me from March 2020 to November 2020, so I was unaware of what my PA journey would be,” he said. “I was approaching that point where college was coming to an end and I was looking for a job that was more stable, something more into my degree of communications that was a day-to-day regular type of type of gig.

“I was in Miami and I had gotten a notification from a friend in a Facebook group chat saying, ‘Hey, the Cubs job opened up. Here's the application.’”

That first application, which included a video, led to a virtual interview, then a live audition at Wrigley Field.

“Getting to that stage alone, it's just an honor because at that point, I had found out I was one of eight people in the live audition round, which was basically the final round,” said Paprocki. “I was super nervous, went to the ballpark, and pretty much locked in as if it was an actual game, just blocking out everything and reading the script as if that's what I do for a living. I felt really good about the audition when I left.

“Being a lifelong Cubs fan and going to games many times throughout my childhood I was like, ‘I’m really in the press box of Wrigley Field, my voice is coming out of those speakers.’ That alone was an honor.” 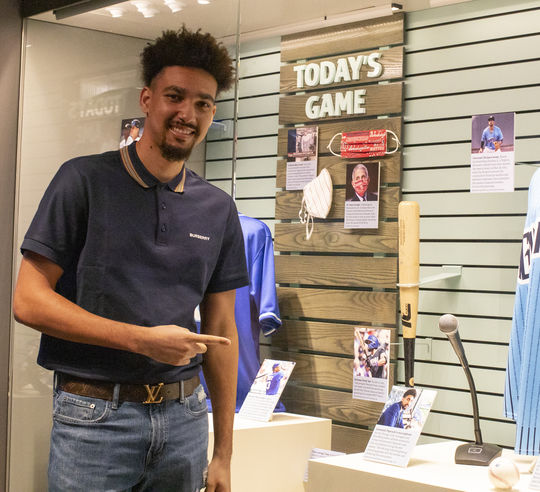 Before he knew it, the baritone-voiced Paprocki was on the PA microphone for his first big league game with the Cubs at Wrigley Field on May 17, 2021, against the visiting Washington Nationals.

“It could not have gone any better. I showed up to the ballpark probably three or four hours early just because I was so excited. Set up in a press box. Got all my scripts ready,” he recalled. “I'm in the same booth with the organist, so the organ is blasting behind me. This scene is starting to set in and it's getting much more real. And then I started talking at 6:05 p.m.

“Probably from 5:55 p.m. to when I had to start speaking, the nerves are really kicking in because I knew I was going into it for real this time with a live audience. And Wrigley wasn't even full capacity yet. They were still doing like 20 percent attendance.”

When the Cubs open the 2022 season at home against the visiting Milwaukee Brewers on April 7, the 6-foot-5 Paprocki will be at the mic for his first Opening Day with the team.

“That's a special day for baseball. I'm very excited to see how that process goes from a PA standpoint,” he said. “Instead of announcing just the starting nine I'm announcing both teams’ entire rosters. That's a lot of names to prepare for that day, but I'm up for the challenge. I've been looking forward to it for a while.” 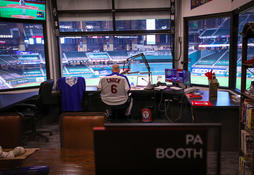 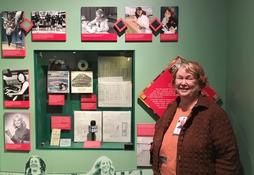 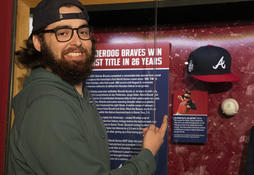 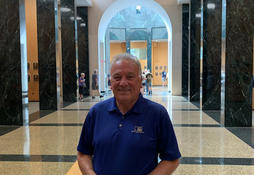