He was the master of the most uncontrollable pitch baseball has ever seen – an offering so confusing that its name, the knuckleball, is actually a misnomer.

Phil Niekro dug his fingernails into the baseball’s seams and carved out a legend – eventually earning a plaque in Cooperstown. It was a career summed up by his dedication to a pitch that can be as confounding as it is unhittable. 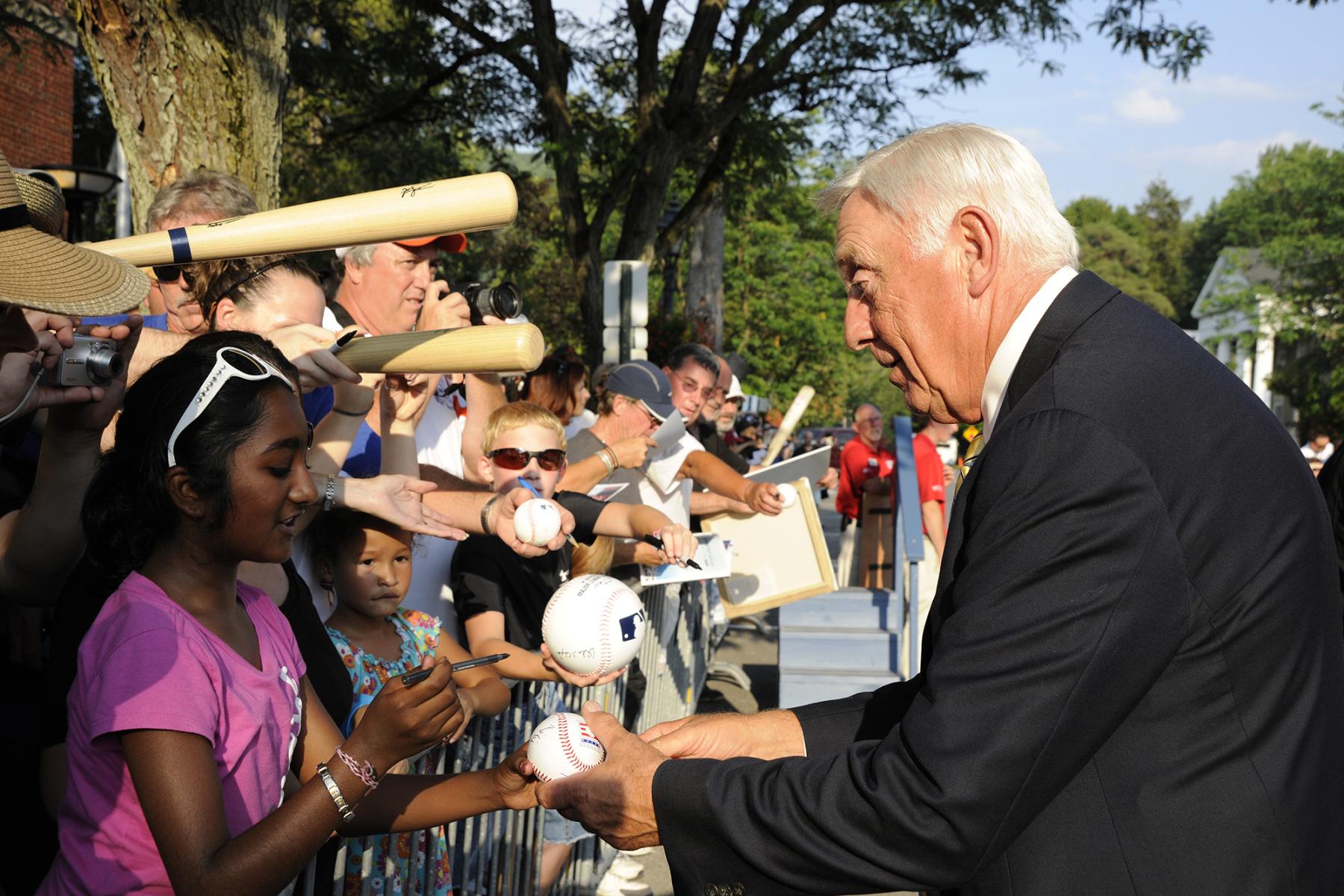 Phil Niekro signs autographs for fans in Cooperstown at the 2011 Hall of Fame Parade of Legends. (Milo Stewart Jr./National Baseball Hall of Fame and Museum)

Niekro passed away on Dec. 26, 2020, at the age of 81. His skill on the mound was surpassed perhaps only by his good humor and kind nature, which won him friends throughout baseball and the world.

“Phil Niekro’s record on the field ranks him as one of the game’s finest pitchers,” said Jane Forbes Clark, Chairman of the National Baseball Hall of Fame and Museum. “As a mentor, leader and friend, Phil brought out the best in all of us in Cooperstown. Over more than a decade of serving as a Member of the Board of Directors of the Hall of Fame, his wisdom, his compassion, and his love for the game proved to be invaluable in helping us shape our decisions. On behalf of the Board of Directors and the staff of the National Baseball Hall of Fame, I would like to send our heartfelt condolences to Nancy Niekro and the Niekro family.”

Born April 1, 1939 in Blaine, Ohio, Philip Henry Niekro was taught the knuckler by his father. He emerged from Ohio coal mine country as a conventional pitching prospect, signing with the Braves in 1958 but resisting the knuckleball until a minor league manager told him to “throw the knuckler or go home.”

“(My father) taught it to me in the backyard,” Niekro said. “I didn’t know what it was or anything, he showed me how to hold it and we’d just play knuckleball in the backyard.” 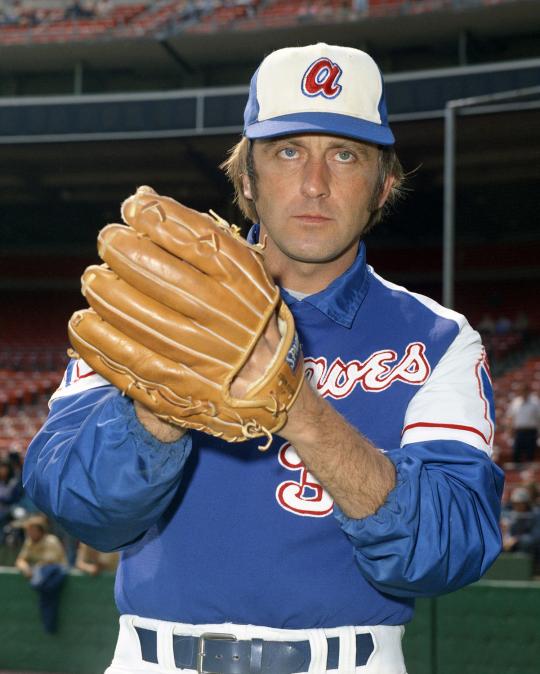 Phil Niekro pitched for the Braves for 21 seasons, topping the 300-inning mark in four seasons. (Doug McWilliams/National baseball Hall of Fame and Museum)

While learning to trust the pitch – which is pushed toward home plate without any spin, allowing air currents to move the ball unpredictably – Niekro ascended through the Braves’ minor league system. His success eventually forced the team to take a chance on a knuckleballer as a starting pitcher. By 1967, Niekro was one of the top pitchers in the game, leading the NL that year with an ERA of 1.87.

Following a 23-13 season in 1969 that firmly established him as one of baseball’s best, the durable Niekro consistently piled up innings and perplexed batters. The fluttering knuckler danced throughout the summers in the Atlanta heat, and by his late 30s Niekro became an absolute workhorse – averaging 335 innings a season from 1977 through 1979 and becoming the last pitcher to post back-to-back seasons of at least 300 innings pitched.

He won 121 games after turning 40, and retired with 318 victories over the course of 5,404 innings – the fourth-most all-time and the most of any pitcher whose career started in the live ball era.

Niekro threw a no-hitter against the Padres on Aug. 5, 1973, and won his 300th career game on the final day of the 1985 season by throwing just one knuckler – on the last pitch of the game. 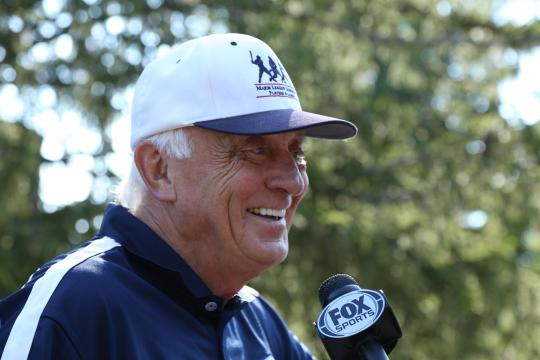 “Trying to hit him,” said Yankees All-Star outfielder Bobby Murcer, “is like trying to eat Jell-O with chopsticks.”

Niekro and his brother Joe, another knuckleballer, hold the record for the most victories by a brother combination with 539. In 24 seasons with the Braves, Yankees, Indians and Blue Jays, Niekro was 318-274 with a 3.35 ERA.

For his humanitarian service, Niekro was honored with the Lou Gehrig Award, Roberto Clemente Award and Brian Piccolo Award. Following his baseball career, he managed the Colorado Silver Bullets, an all-women baseball team in the late 1990s.

Niekro was elected to the Baseball Hall of Fame in 1997 and served on the Museum’s Board of Directors since 2009.

“I feel like I'm surrounded by family,” Niekro said of his many trips to Cooperstown. “This is the magical village of the U.S.A.”