Just a long home run down Main Street from the Baseball Hall of Fame – near the entrance to Doubleday Field – is “The Sandlot Kid,” a statue of an anonymous youngster with his bat at the ready for the next pitch.

On July 12 at the Hall of Fame, real-life versions of “The Sandlot Kid,” their families and friends, and regional government dignitaries – 63 fans in total – gathered in the Museum’s Grandstand Theater as 18 one-time sandlotters commemorated the donation of their records to the Hall of Fame’s Library. 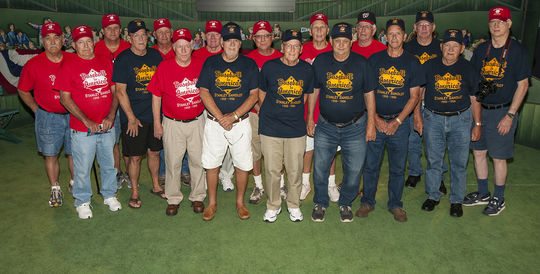 Members of the Piney Wood Tigers (blue shirts) and the Shady Grove Dodgers (red shirts) gather in the Hall of Fame’s Grandstand Theater on July 12 to present scorebooks of their sandlot games from the 1950s to the Hall of Fame Library. (Milo Stewart Jr./National Baseball Hall of Fame)

The men, all now in their 60s and 70s, though still kids at heart, created a baseball league whose games were played in the pastures and fields of Stanley, Va., a small town of less than 2,000 residents nestled in the Shenandoah Valley. Forty boys and girls from ages 5 to 18 were involved in the league, which lasted roughly from 1954 to 1956. Thirty are still living today.

Many of the attendees still live throughout the same region of Virginia, but some arrived from as far as Texas and Washington State. Some sandlotters had not seen others in decades.

Katz thanked the visitors for their contribution and stressed that stories like theirs enhance the Hall of Fame’s aura.

Gates explained the importance and significance of the documents – meticulously kept statistics, box scores, and standings of the league for the 1955 and 1956 seasons – being donated to the Hall of Fame.

“Sandlot baseball is a very important story in American history and in baseball history. All the old players can tell you stories about playing sandlot ball, and many of us played sandlot ball when we were young,” Gates said. “But actual documentation of the game as it was being played by boys and girls across the country is non-existent. There is very little contemporary documentation.

“We [are] very excited. This is a very unique piece of Americana.”

Divided into teams called the Piney Wood Tigers and the Shady Grove Dodgers – each man wore a colored shirt during the visit, complete with team rosters, representing the team he played on – the kids spent countless hours honing their baseball skills in the shadow of an old barn which still stands today on Aylor Grubbs Avenue. Playing in big league ballparks in Detroit and Brooklyn as members of the major league Tigers and Dodgers might have seemed far-fetched for many of the youngsters, but in those summers, the kids lived their dreams on those rural fields.

“That was the only thing, back then, that we had to do, was play ball” after completing one’s chores, noted J.C. Painter, who would make the occasional 100-mile trip to Washington, D.C., to see the Senators play at Griffith Stadium.

J.C. Painter was the driving force behind the collection of statistics which tell the tale of the Stanley youth. Not only was he player-manager for the Piney Wood Tigers, Painter also took it upon himself to be the league’s statistician, and his totals are what will reside forever in Cooperstown. However, compiling the raw data was a group effort, he explained.

“I took two sheets of paper out, one for each team, and put them on the sidelines. When they batted – when they came back in, they would record what they did,” said Painter, who would update the statistics each night. “I could tell when somebody was not on the up-and-up.”

For Painter, now 76 years old and retired from a 38-year career with the Norfolk Southern Railway, the notion that his work is in Cooperstown is hard to fathom.

“It’s unbelievable,” he said, his voice wavering a bit. “The first time I thought about it, I thought, ‘That’s crazy,’” but it was his teammate on the Tigers, Donnie Wilson, who convinced the group to donate the materials to the baseball shrine.

Wilson arranged the group’s visit and the transfer of the statistics to Gates. Knowing that the names and the numbers will live on forever is special for the 71-year-old Wilson.

“I don’t think I could put it in words,” he said, clearly touched by the moment. “It’s just unreal." 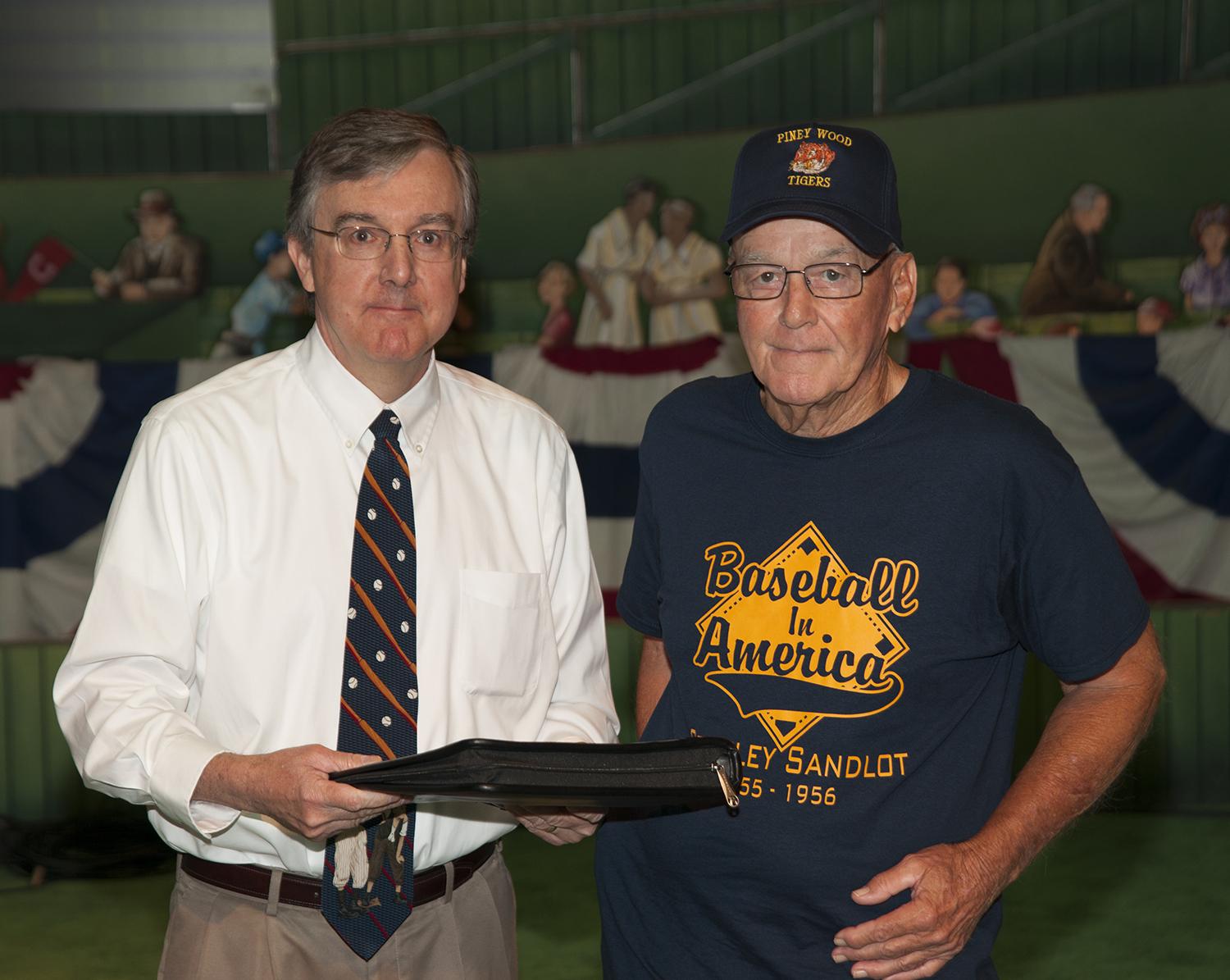 “[Painter] had a piece of paper. We put a mark beside our name – at bats, hits, runs – and he took it home and compiled it all. I think most of us had no idea he was doing that.”

Stories were being thrown around back and forth by the sandlotters as though they were baseballs used to warm up their arms before a game. Floyd “Bucky” Nauman explained that the championship was to be held on Aug. 29, 1955, by which time he and his teammates were back in school, forcing a cancellation of the title match.

“The way [Painter] ended it was that the weather got too cold,” Nauman recalled. “On August 29, 1955, it was too cold, so the season was then called for cold weather!”

By virtue of having the higher winning percentage, the Tigers became Stanley’s 1955 champions. The Dodgers took the title the following year.

Times were tough in the 1950s for Stanley, then a town of less than 1,000 residents. Some of the youngsters’ equipment, such as the bats and balls, was homemade. The bases, specifically, were cow-made.

“We’d have to run the cows to the far end of the field, and the first thing we did was take a shovel, cleaned up the fresh [cow piles] and looked for the hard ones,” recalled Wilson, who noted that youngsters sliding hard into a base were often tasked with finding replacements.

The men laughed at a remark that soft piles would cut down on the total of stolen bases.

“[The cow piles] get pretty hard. You can actually stomp on them, and they won’t bust up,” explained Painter.

With Little League Baseball and organized youth sports beginning to grow and spread across the nation in the 1950s, that a group of kids in rural Virginia was keeping track of scores and statistics from their own league – and that those figures have survived 60 years – is pretty remarkable. As youth sports have become overly organized and specialized, with facilities and training rivalling the professionals, sandlots have gone vacant.

But these documents will forever remain in the Baseball Hall of Fame, an everlasting legacy for a group of kids just having the time of their lives during a few Shenandoah summers.

“When I look back on it and think of the great memories – and to think it’s been 60 years since I’ve seen a lot of the guys here that I played with as kids,” Nauman said. 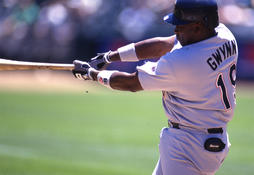 Physical Science: Science on the Sandlot