But, since November of 2014, the home of these notable moments has slowly been demolished.

Candlestick Park was home to the San Francisco Giants. Prior to arriving in San Francisco, the Giants had no stadium to call their own. They played their home games at Seal Stadium, a 23,000 seat minor league park. But it wasn’t long before the City broke ground on the stadium that would become Candlestick. Construction began in 1958, and the stadium hosted its first opening day on April 12, 1960 as the Giants took on the St. Louis Cardinals. In attendance to throw out the first pitch was then Vice-President Richard Nixon.

In 1973, Candlestick expanded to accommodate San Francisco’s football team, the 49ers. The 49ers began their rise to greatness at Candlestick, hosting eight NFC Championships and winning four. It was during their tenure at Candlestick when the 49ers surpassed the Dallas Cowboys as the dominant team in the NFC.

Despite the many memories made at Candlestick, the park’s end began in 2000. In that year, the Giants moved to Pacific Bell Park (now AT&T Park), leaving the 49ers as the sole inhabitants. Candlestick Park became the last NFL stadium that started as a baseball-only facility. But, on December 23, 2013, even football left Candlestick as the 49ers played their final game in the stadium. 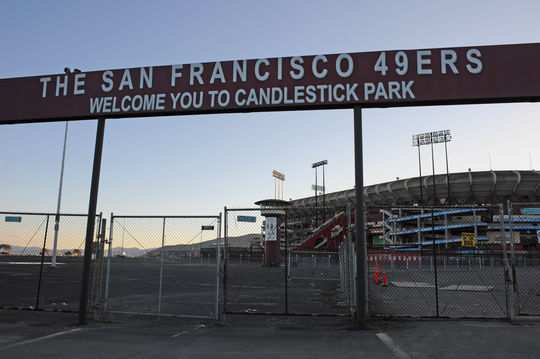 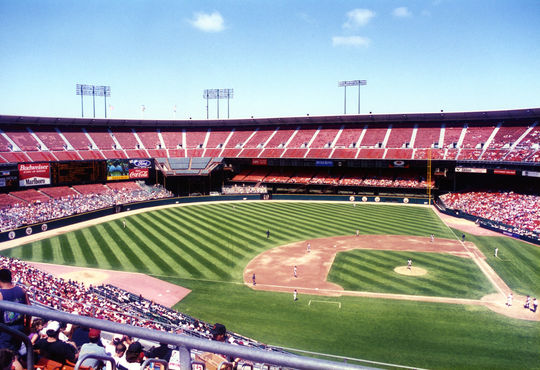 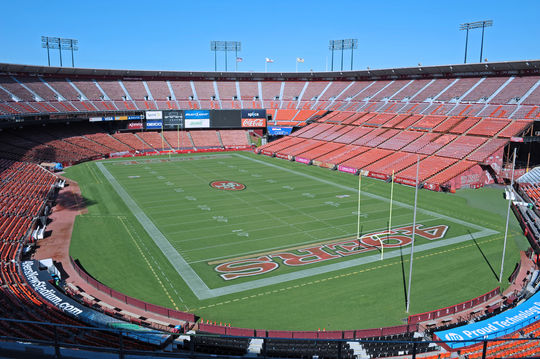 Shea Stadium, previous home of the New York Mets and New York Jets, is one such stadium. Originally built as a multipurpose field, Shea Stadium saw its share of notable moments. The “Miracle Mets” clinched 1969 World Series at Shea. The Montreal Expos played their last game ever at the stadium. On December 16, 1973, during a game between the New York Jets and the Buffalo Bills, O.J. Simpson became the first running back in National Football League history to gain over 2,000 yards. Shea Stadium was the starting point for The Beatles’ 1965 North American “Beatlemania” tour.

After more than 40 years of hosting professional sports and entertainment events, Shea Stadium was brought to the ground. The Jets had moved to MetLife Stadium, and the Mets were set to play at Citi Field. So, demolition on Shea Stadium began on October 14, 2008. 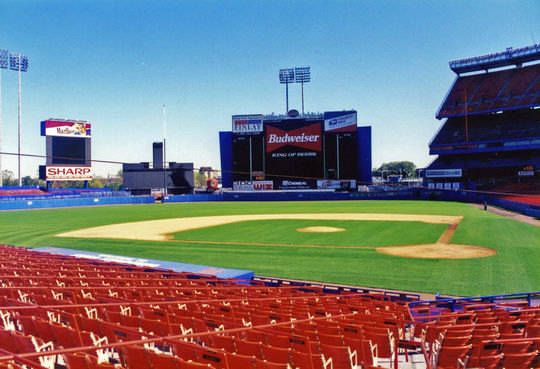 Like Candlestick Park and Shea Stadium, Pittsburgh’s Three Rivers Stadium was used for both baseball and football. Construction on the park began in 1968, but it wasn’t until 1970 that Pittsburgh fans saw players populate the field. On July 16, 1970, the Pirates took on the Cincinnati Reds in front 48,846 people, the then largest crowd in Pittsburgh baseball history.

In the years that ensued, Pirates fans witnessed many a great moment at Three Rivers. In 1971, the Pirates won the World Series, and Roberto Clemente became the first Spanish-speaking player to win the World Series most-valuable-player award. The next year, Pittsburgh saw Clemente reach his momentous 3000th hit. The Pirates were world champions again in 1979 with the help of Willie Stargell who hit a World Series record seven extra-base hits. Memorable football moments occurred at Three Rivers, too. The Steelers won four of seven AFC Championships hosted at the stadium. Of course, Franco Harris’ “Immaculate Reception” sits high atop the list of Pittsburgh lore.

In the mid-1990s, the Pirates and the Steelers sought stadiums of their own. Shortly after, the Pirates moved to PNC Park, and the Steelers to Heinz Field. On October 1, 2000, the Pirates played the last game ever in Three Rivers Stadium. Then, in front of a crowd of more than 20,000 onlookers, the stadium was imploded on February 11, 2001. 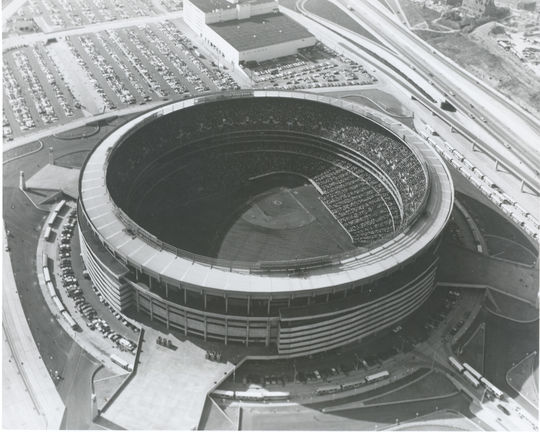 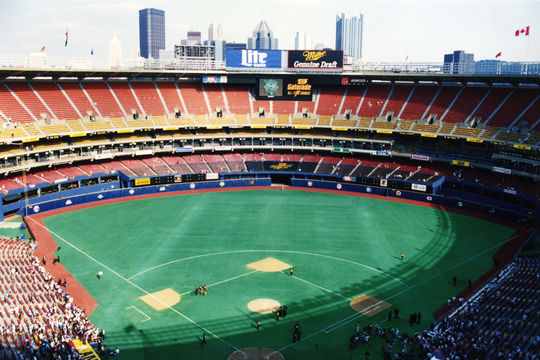 Perhaps the most notable of now-demolished ballparks is the old Yankee Stadium. Situated in the Bronx for 86 years, numerous historic events took place there. On June 22, 1938, Joe Louis and Max Schmeling squared off at Yankee Stadium for the heavyweight boxing title. Louis stunned the crowd and avenged 1936 loss to Schmeling, knocking him out in the first round. Football fame also found its way into the ballpark. Now commonly referred to as the “Greatest Game Ever Played,” Yankee Stadium hosted the 1958 NFL Championship in which football hall of famer Johnny Unitas led the Baltimore Colts to an overtime victory against the New York Giants.

Of course, Yankee Stadium was home to baseball greatness. Players like Babe Ruth, Yogi Berra and Derek Jeter donned their pinstripes in the prominent ballpark. Over the course of its existence, the stadium held 6,581 Yankee home games. It also hosted 37 World Series, 26 of which the Yankees won. July 4, 1939 is certainly one of the stadium’s most memorable moments as Lou Gehrig gave his farewell speech in which he declared himself to be “the luckiest man on the face of the earth.” 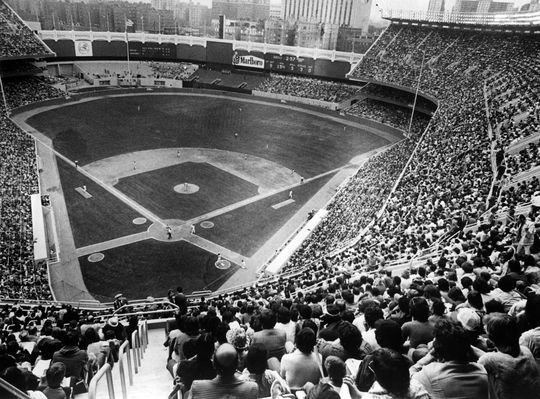 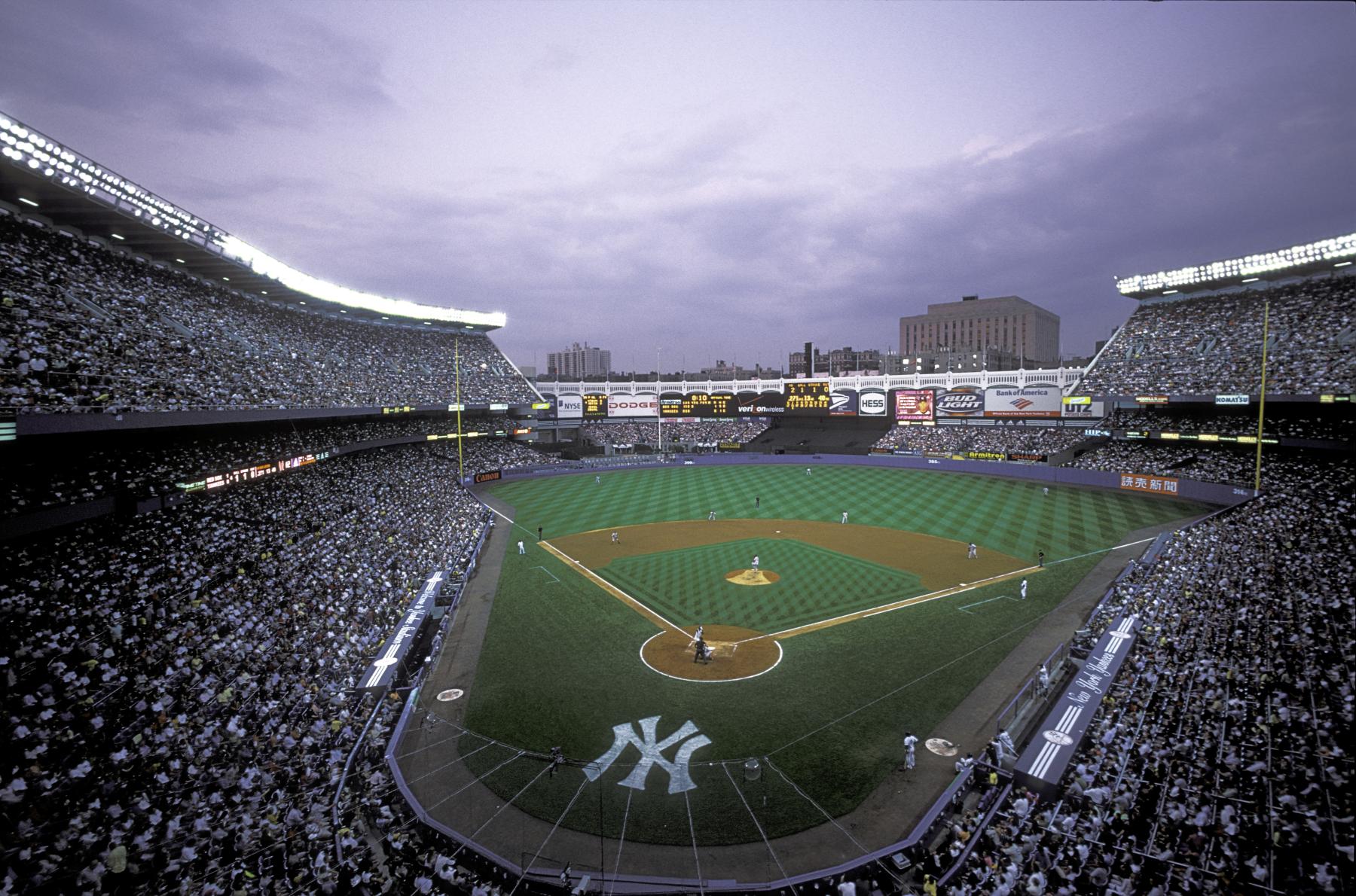 But, as the Yankees sanctuary began to deteriorate, the team decided it was time to build a new home. In August of 2006, construction on the new Yankee Stadium began. After the demolition of the old stadium in March 2009, the Yankees played their first game at the new ballpark on April 16 of the same year.

Famous moments in sports and entertainment alike have taken place in baseball stadiums. And even though some stadiums of old have come down, new ballparks have risen in their place, and people will continue to fill them to witness new moments and make new memories. As former Chicago White Sox executive and now hall of famer Bill Veeck once put it, “The most beautiful thing in the world is a ballpark filled with people.”

Andrew Bevevino is the 2015 digital strategy intern in the Frank and Peggy Steele Internship Program for Leadership Development.