Thanks to the work of students and faculty and University of Nevada, Las Vegas, the cooperation of Major League Baseball and her own sheer tenacity, eight-year-old Hailey Dawson made history as the first person to throw out the first pitch at every MLB stadium.

Due to a generous donation by the Dawson family, a piece of that history will be preserved in Cooperstown forever.

Dawson was born with Poland Syndrome, a disorder which leaves the affected individuals with missing or underdeveloped muscles on one side of their body. There is no known cause, and treatment varies depending on the severity of the symptoms.

That’s where UNLV came into play. Four years ago, the Dawsons reached out to the school’s Howard R. Hughes College of Engineering, which utilized the continuing advancements of 3D-printing to design multiple 3D-printed hands for Hailey to use – giving her the ability to hold and carry things and, yes, to throw a baseball. 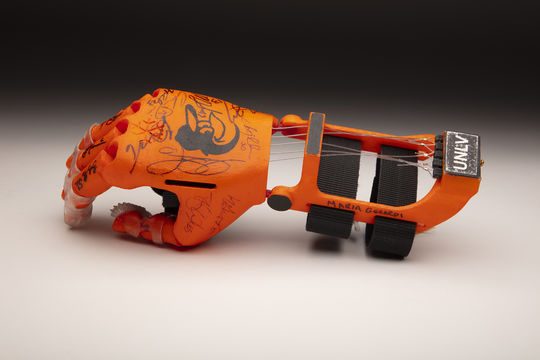 Hailey Dawson's prosthetic hand, which she used to throw out the first pitch at many major league stadiums. It has 13 signatures on it, including one from Manny Machado. (Milo Stewart Jr./National Baseball Hall of Fame and Museum)

Hailey’s first-pitch-throwing journey began in 2015 when she threw out the first pitch for a UNLV Rebels game. She loved it so much that she asked her mother, Yong, if she could do the same for the Baltimore Orioles, who are the Dawsons’ favorite team.

Yong sent a letter to the Orioles, and on Aug. 17 Hailey threw out her first ceremonial pitch at a major league stadium to her favorite player, Manny Machado.

Two years later, Hailey and her family began a campaign to throw out a first pitch at every MLB stadium. She ultimately achieved her dream in September of 2018, when she made her signature underhand toss to Mike Trout at Angels Stadium.

Along the way, UNLV outfitted Hailey with a number of different custom hands, based on the ballparks she was visiting. They even created a special World Series-themed hand, for when Hailey threw out the first pitch of Game 4 of the 2017 World Series. 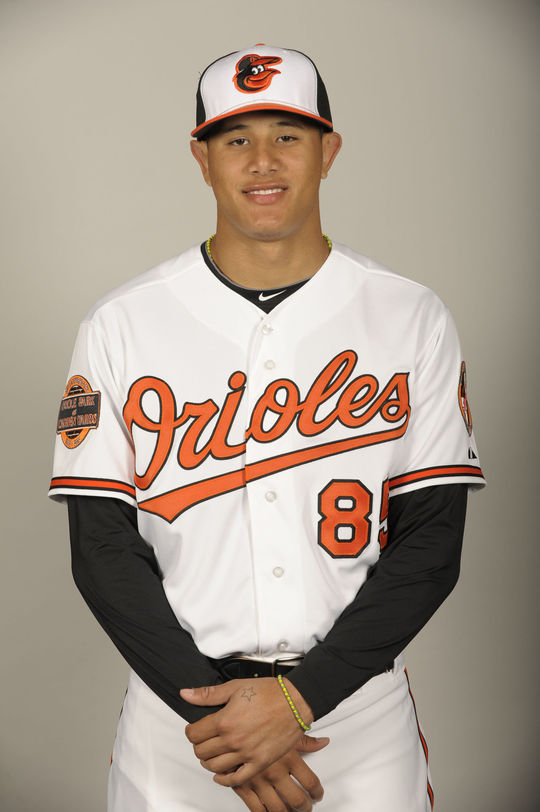 Hailey Dawson threw her first pitch at Camden Yards to Manny Machado, pictured above, who is her favorite player. (National Baseball Hall of Fame and Museum)

For that game, Hailey’s battery-mate was American League MVP Jose Altuve, and she even had the opportunity to talk with Hall of Famer Mariano Rivera, as reported by MLB.com.

“I heard you’re going to throw out the first pitch today. Can you teach me how to pitch?” Rivera asked the young girl. “I guarantee you, Hailey, you can teach me something.”

The hand that the Dawsons donated to the Hall of Fame is Hailey’s Orioles-themed one and features 13 player and staff signatures, including Machado’s. 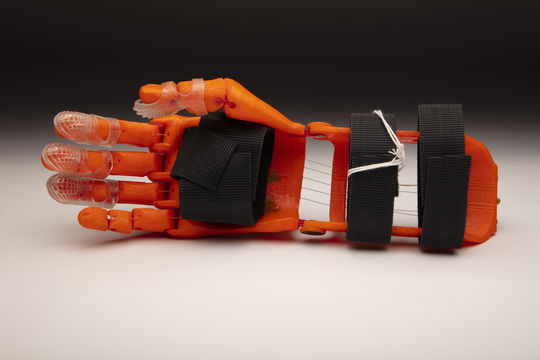 Hailey Dawson's prosthetic hand, which she used in her quest to throw out the first pitch at every major league stadium. (Milo Stewart Jr./National Baseball Hall of Fame and Museum)

Since completing her quest to pitch at all 30 major league ballparks, Hailey has gone on to participate in opening ceremonies for other sports as well, and this year the nine-year-old even got her own Topps baseball card.