NBC Sports’ Bob Costas looked into his crystal ball in the bottom of the 11th inning of Game 7 of the 1997 World Series and saw the future.

“He’s without a hit tonight,” said Costas, referring to Marlins batter Craig Counsell as he faced an 0-and-1 count from the Indians’ Charles Nagy. “But he could emerge from this game as one of its heroes.”

Counsell, the Florida Marlins’ second baseman, had already tied the game in the bottom of the ninth inning with a sacrifice fly.

Two innings later, he would score the game’s winning run – delivering a World Series title to South Florida in the Marlins’ fifth season of play.

The Indians led the game for most of the night, taking a 2-0 lead into the bottom of the seventh inning on the one-hit pitching of Jaret Wright. But a seventh-inning home run by Bobby Bonilla cut the deficit to 2-1, and Counsell's sacrifice fly in the bottom of the ninth of José Mesa scored Moises Alou to send the game to extra innings.

With Bonilla on first base and one out in the 11th, Counsell dribbled a 1-2 pitch to the left of Cleveland second baseman Tony Fernández – and the ball rolled under Fernández’s glove for an error, sending Bonilla to third base. 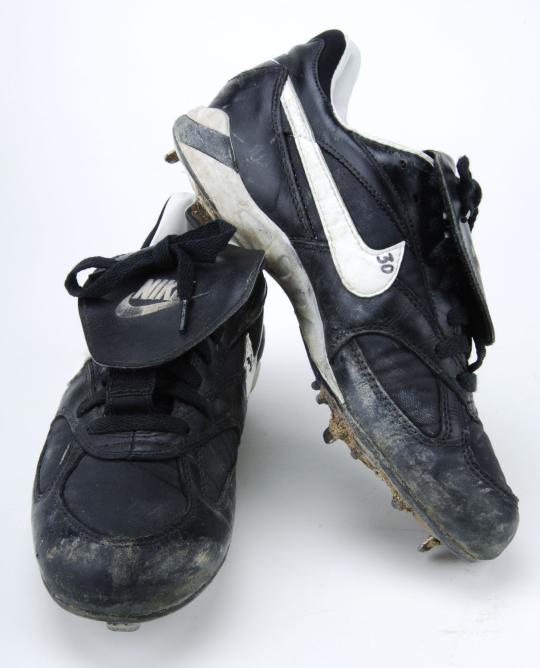 The Marlins' Craig Counsell wore these spikes when he scored the winning run in Game 7 of the 1997 World Series. (Milo Stewart Jr./National Baseball Hall of Fame and Museum)

After an intentional walk to Jim Eisenreich loaded the bases, Bonilla was forced out at home plate on a Devon White ground ball to Fernández at second – sending Counsell to third.

Two pitches later, Edgar Rentería smacked a liner up the middle – scoring Counsell and sending most of the 67,204 fans at Pro Player Stadium into a frenzy as the Marlins clinched their first World Series title.

The spikes Counsell wore when he crossed the plate are on display in the Hall of Fame’s Autumn Glory exhibit. 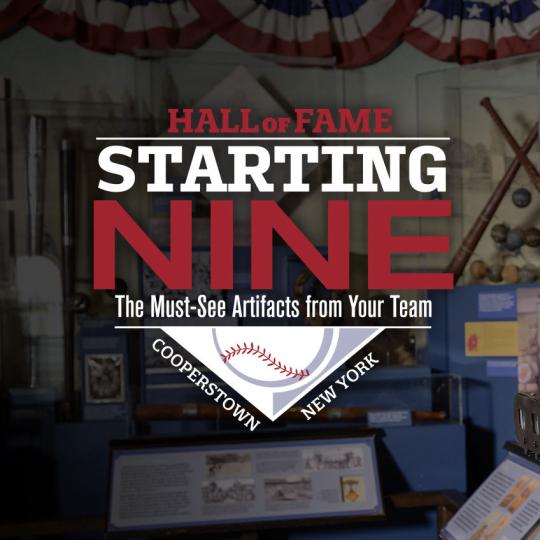