In 23 big league seasons, Don Sutton was called on for 756 starting assignments.

He never missed a single one, leaving behind one of the most durable legacies in the game’s history. 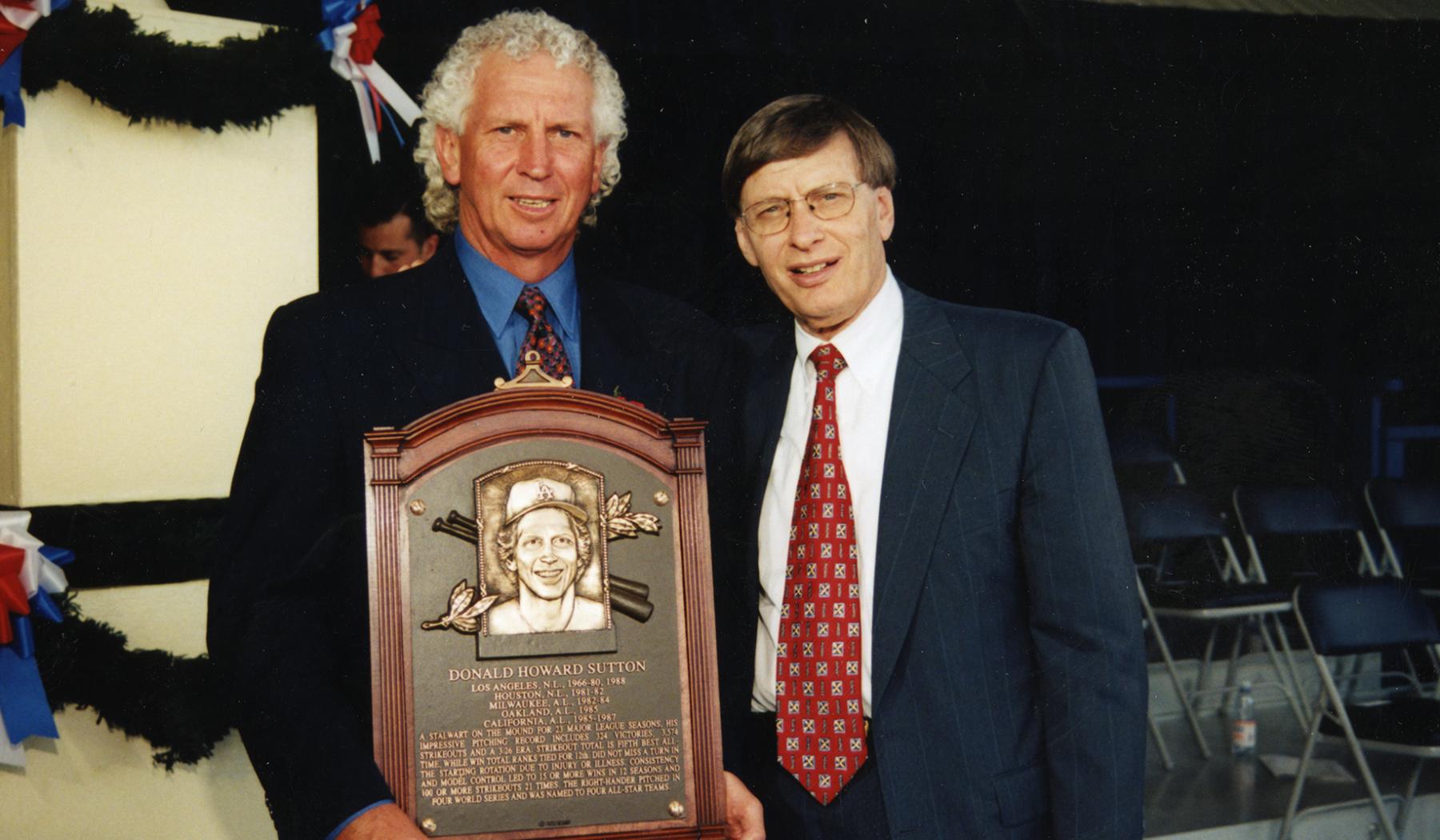 Don Sutton, shown holding his Hall of Fame plaque with then-Commissioner Bud Selig, was elected to the Hall of Fame in 1998. (Milo Stewart Jr./National Baseball Hall of Fame and Museum)

Sutton passed away Tuesday, Jan. 19, at the age of 75. He earned Hall of Fame election in 1998 on the strength of a career that was a perpetual string of consistent excellence.

“Don Sutton’s brilliance on the field, and his lasting commitment to the game that he so loved, carried through to his time as a Member of the Hall of Fame,” said Jane Forbes Clark, Chairman of the National Baseball Hall of Fame and Museum. “I know how much he treasured his moments in Cooperstown, just as we treasured our special moments with him. We share our deepest condolences with his wife, Mary, and his family.”

Born April 2, 1945, in Clio, Ala., and raised in northern Florida, Sutton was the son of sharecroppers. He showed an affinity for baseball in youth leagues, and by high school was a three-sport star whose reputation ranged state-wide.

Sutton played baseball at Gulf Coast Community College and Whittier College before the Los Angeles Dodgers signed him as a free agent in September of 1964, just months before the first MLB Draft. After going 23-7 at Class A and Double-A in 1965, Sutton won a spot in the Dodgers’ rotation in 1966. He started the third game of the year for the defending World Series champions on April 14, 1966, and earned the first of his 324 big league wins four days later.

Sutton went 12-12 with a 2.99 ERA in his rookie year – a year the Dodgers won the NL pennant – and by 1969 was one of the National League’s busiest pitchers – working 293.1 innings over 41 starts. Sutton earned his first All-Star Game selection in 1972, one of five straight seasons where he finished in the Top 5 of the NL Cy Young Award voting. 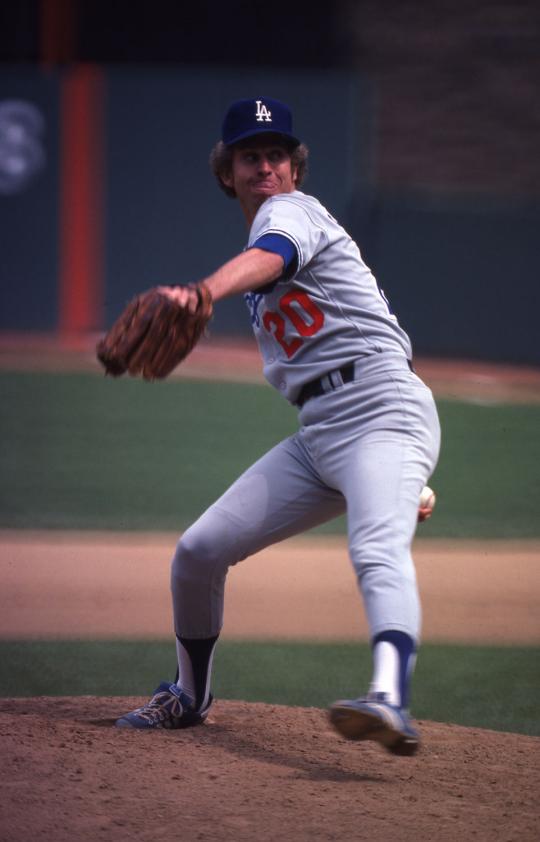 Don Sutton was named to four All-Star Games and is third all-time in games started with 756. (National Baseball Hall of Fame and Museum)

“When you gave him the ball, you knew one thing – your pitcher was going to give you everything he had,” said Dodgers manager Tommy Lasorda.

Sutton helped the Dodgers win National League pennants in 1974, 1977 and 1978, then won the league’s ERA title in 1980. A master of changing speeds and hitting spots, Sutton led the NL in WHIP three times with the Dodgers from 1966-80 before earning another WHIP title in 1981 after signing a free agent deal with the Astros.

A stretch-drive trade in 1982 sent Sutton to the Brewers, where he pitched Milwaukee to its first American League pennant. He worked for his sixth postseason team in 1986 with the AL West champion Angels then returned to the Dodgers in 1988, retiring before the end of a season that saw LA win the World Series.

Sutton would tally 5,282.1 innings in his career – and never found himself on any team’s disabled list. His innings total ranks seventh all-time, and only Cy Young and Nolan Ryan made more starts than Sutton.

He became the eighth pitcher in big league history to record 3,000 strikeouts when he fanned Cleveland’s Alan Bannister on June 24, 1983, and picked up his 300th career victory three years later. 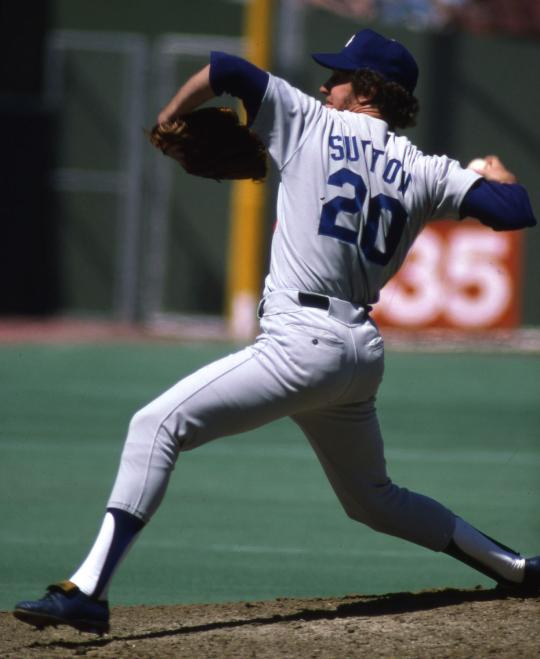 Don Sutton pitched in the big leagues for 23 seasons, including 16 with the Dodgers where he won 233 of his 324 big league games. (National Baseball Hall of Fame and Museum)

Following his playing career, Sutton called Braves games on TBS for three decades, then worked for the Nationals’ TV crew before returning to the Braves on radio.

“All I ever wanted to be was a pitcher growing up,” Sutton said. “I really didn’t want to be a Dodger or an Astro or a Spokane Indian or a Toledo Mud Hen. I wanted to be a pitcher.”