United States Navy Secretary Ray Mabus announced in 2015 that a Freedom-variant littoral combat ship (LCS) will be named the USS Cooperstown to honor the military veterans who are members of the National Baseball Hall of Fame. The ship is currently under construction at Fincantieri Marinette Marine in Marinette, Wis.

Sixty-eight Hall of Fame veterans served the United States Military in a range of conflicts that spanned the Civil War through the Korean War. Their memories are preserved forever at the National Baseball Hall of Fame and Museum in Cooperstown, N.Y.

The Chairman of the Board of the National Baseball Hall of Fame and Museum, Jane Forbes Clark, was asked by the Secretary of the Navy to be the ship’s Honorary Sponsor. In that role, Clark will participate in ceremonies celebrating the ship’s construction – from its christening to its launch – and will guide the connection between the Hall of Fame and the USS Cooperstown.

The Hall of Fame has been asked, and intends, to begin and maintain a strong relationship with not only the ship, but also its sailors.

“We are in the process of developing a program for the Hall of Fame to stay in touch with the sailors on the USS Cooperstown, through copies of our publications and invitations to the Hall of Fame when they’re on leave,” said Jon Shestakofsky, Vice President of Communications and & Education for the National Baseball Hall of Fame and Museum. “We look forward to providing each of the sailors aboard the USS Cooperstown with a unique connection to our National Pastime.”

On Aug. 14, a keel-laying ceremony marked the official start of construction, and the ship is now in the south bay of Building 10 at Fincantieri Marinette Marine, where the hull will be erected and craftwork completed prior to launch. 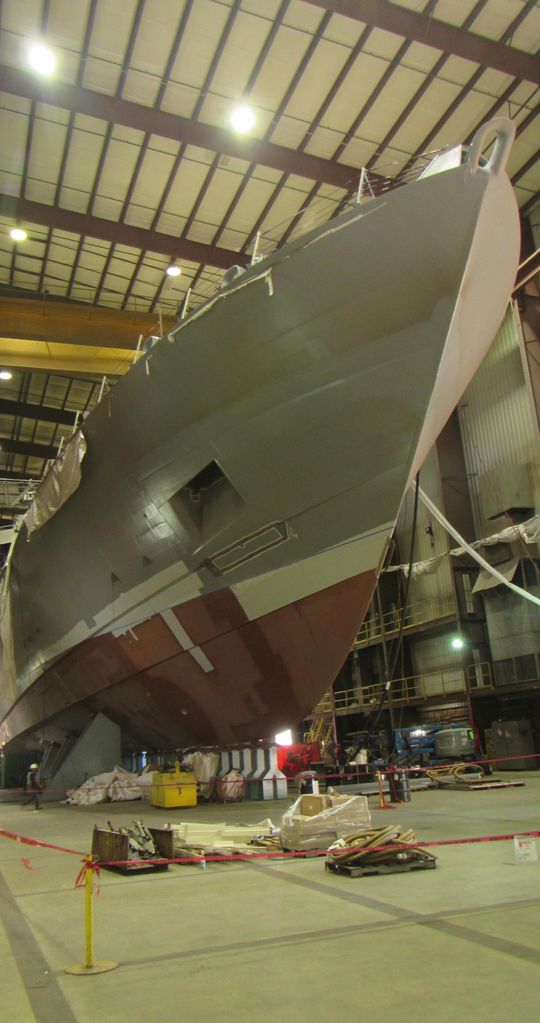 During the ceremony, Cooperstown Village Mayor Ellen Tillapaugh – who was there representing the National Baseball Hall of Fame – authenticated the keel by welding her initials onto a steel plate that will later be placed in the ship.

As an LCS, the USS Cooperstown is designed for operation in near-shore environments, but is also capable of open-ocean operation.

It is engineered to defeat asymmetric “anti-access” threats, such as mines, quiet diesel submarines and fast surface craft. 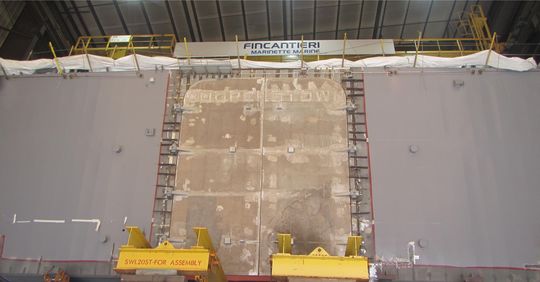 Built by a Lockheed Martin-led industry team, the USS Cooperstown is designed to support focused missions such as mine countermeasures, anti-submarine warfare and surface warfare. (Fincantieri Marinette Marine Photo)

The Freedom variant ships feature a steel monohull design and are designed and built by a Lockheed Martin-led team.

The ship will be capable of traveling upwards of 40 knots and its modular design will incorporate mission packages that can be changed out quickly as combat needs change in a region.

These mission packages are supported by detachments that deploy both manned and unmanned vehicles, and sensors in support of mine, undersea and surface warfare missions.
Secretary Mabus first announced this honor during the Awards Presentation at Doubleday Field on July 25, 2015.

The USS Cooperstown will be the U.S. Navy’s 23rd Littoral Combat Ship. 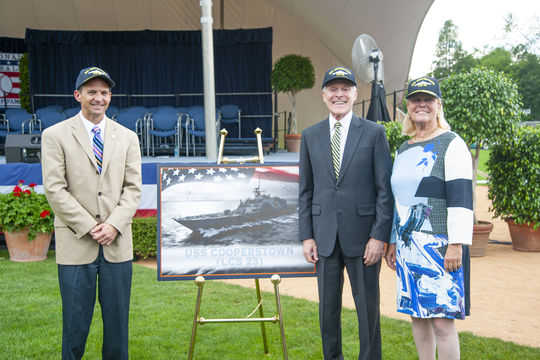 Hall of Fame members who have defended America during times of war: