At the heart of baseball is great pitching, the most indispensable part of any team.

At the heart of baseball’s greatest dynasty was Whitey Ford, possibly the best money pitcher the game has ever known.

Ford, 91, passed away on Thursday, Oct. 8, 2020. He spent more than four decades as a Hall of Famer following his election in 1974. During his 16-year playing career, Ford – along with Yogi Berra and Mickey Mantle – became the embodiment of the New York Yankees team that was baseball for the postwar generation. 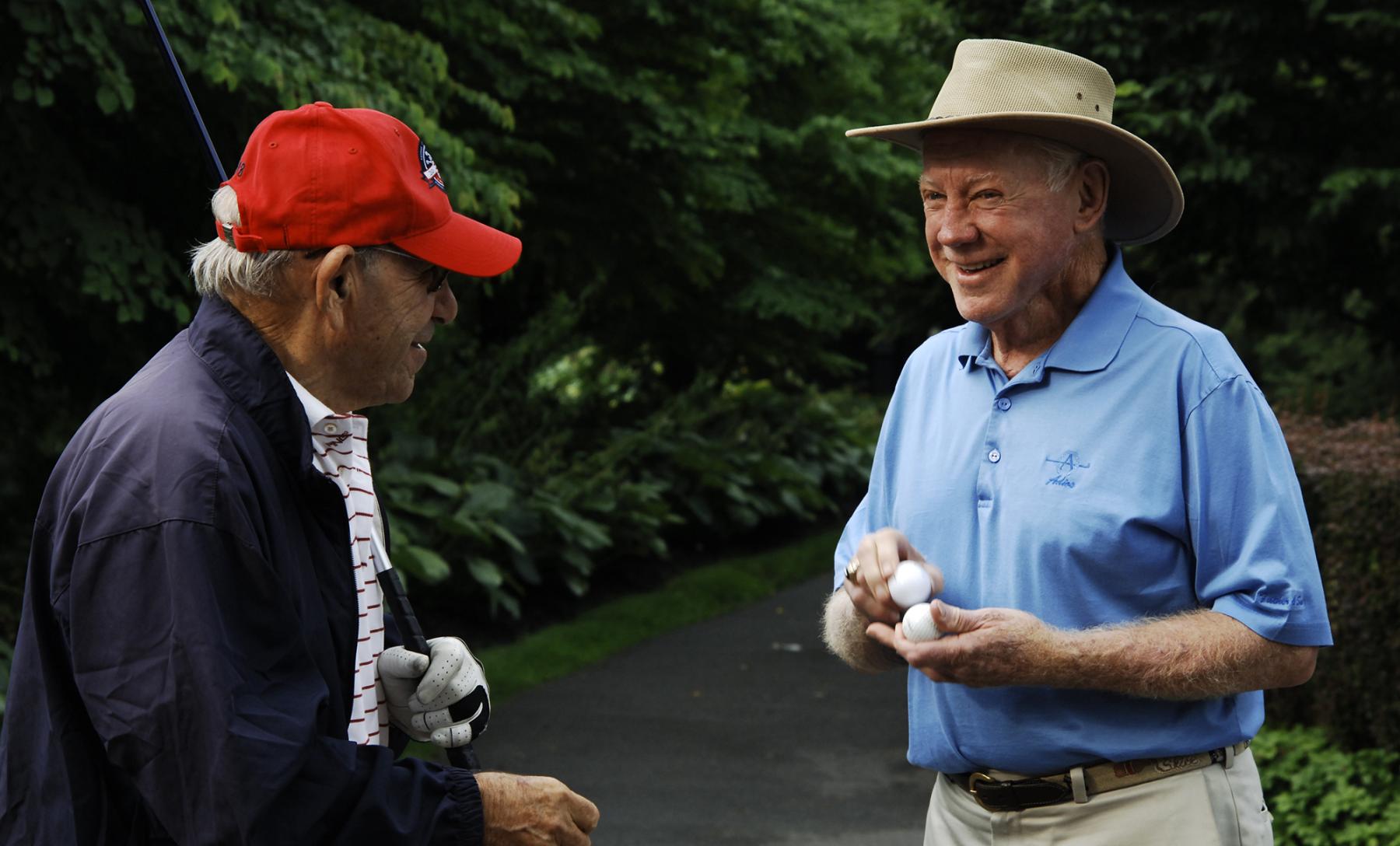 "Whitey Ford anchored the great Yankees teams of the 1950s and ’60s and was the winningest pitcher in the team’s storied history," said Jane Forbes Clark, Chairman of the National Baseball Hall of Fame and Museum. "A six-time champion and the owner of the most World Series wins by any pitcher, Whitey loved the Hall of Fame, Cooperstown and the legacy that he and his teammates built during the game’s golden era. We extend our deepest condolences to his family and we will celebrate his life in Cooperstown forever."

Edward Charles Ford was born Oct. 21, 1928 in New York City. Signed to an amateur free contract by the Yankees prior to the 1947 season, Ford quickly rose through the minor leagues – surfacing in New York in the summer of 1950. The 5-foot-10, 181-pound Ford immediately established himself in a Yankee rotation filled with veterans like Vic Raschi, Eddie Lopat and Allie Reynolds. In 20 games, Ford went 9-1 with a 2.81 earned-run average and finished second in the AL Rookie of the Year voting.

In the World Series, Ford started Game 4 and recorded 26 of the 27 outs, earning a 5-2 victory against the Philadelphia Phillies that clinched the Series for the Bronx Bombers.

Ford spent the next two seasons in the Army, returning in 1953 after two more Fall Classic wins by the Yankees. Ford picked up where he left off, going 18-6 while helping New York win its fifth straight World Series championship – a record that has not been approached since. 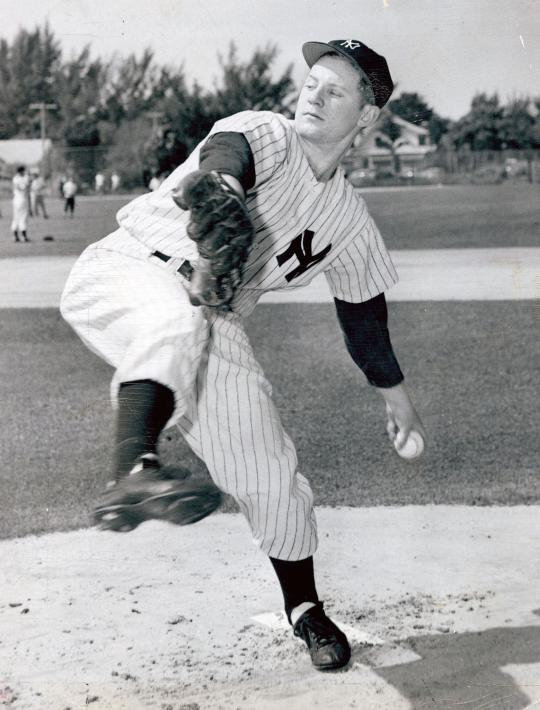 The 1961 Cy Young Award winner, Whitey Ford posted a career winning percentage of .690 – the best mark of any modern era pitcher with at least 200 wins. (National Baseball Hall of Fame and Museum)

“I don’t care what the situation was, how high the stakes were – the bases could be loaded and the pennant riding on every pitch, it never bothered Whitey,” said Mantle, who along with Ford and Berra powered Yankee Dynasty III that produced 14 American League pennants and nine World Series titles from 1949-64. “He pitched his game.”

Over the next seven seasons, Ford averaged 15 wins per year despite manager Casey Stengel’s cautious use. Ford never pitched more than 255 innings a season during that span but did appear in 11 World Series games, winning six en route to a record 10 Fall Classic wins.

“He was my banty rooster,” Stengel said. “Whitey used to stick out his chest and walk out to the mound against any of those big pitchers.”

He suffered through his only two losing seasons in 1966 and 1967, posting a combined 4-9 record while battling injuries. But when he retired before the 1968 season, Ford’s final mark was 236-106 – good for an unbelievable .690 winning percentage that is the best among modern era pitchers with at least 200 victories. 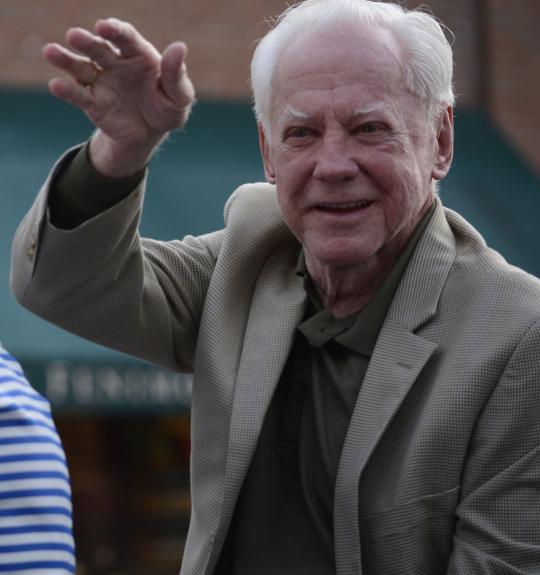 Whitey Ford waves to fans during the 2015 Parade of Legends in Cooperstown. (Milo Stewart Jr./National Baseball Hall of Fame and Museum)

Ford was a 10-time All-Star and led the AL in wins three times and ERA twice. His career 2.75 ERA – the lowest of any live ball era pitcher with at least 2,500 innings worked – was bolstered by 45 shutouts. And in 1974, he received 77.8 percent of the BBWAA Hall of Fame vote – entering the Hall with Mantle, his teammate for 15 seasons.

But even those gaudy numbers don’t do justice to Ford, who made winning look easier than it was ever meant to be.

“Cool. Crafty. Nerves of steel,” said Mantle of his teammate. “That was Whitey.” 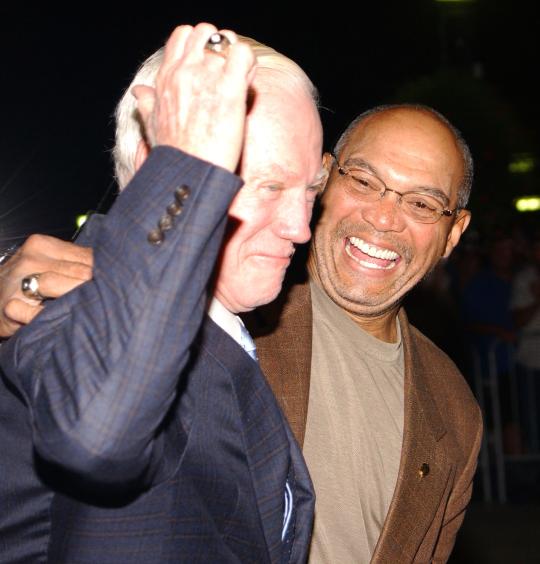