The Hall of Fame’s 2022 Author Series kicks off on Wednesday, June 15, with a visit from Dan Taylor, who has written the colorful book, Lights, Camera, Fastball: How the Hollywood Stars Changed Baseball.

Taylor will discuss the Hollywood Stars and their glorious twenty-year run in the Pacific Coast League. Led by Bob Cobb, owner of the heralded Brown Derby restaurant and inventor of the Cobb Salad, the Stars played in short pants, influenced rules changes, employed cheerleaders and movie-star beauty queens, and became early pioneers of baseball on TV. On any given night, famed Hollywood performers like Clark Gable, Jimmy Stewart, Barbara Stanwyck, and Humphrey Bogart cheered on the Stars at Gilmore Field in Hollywood. 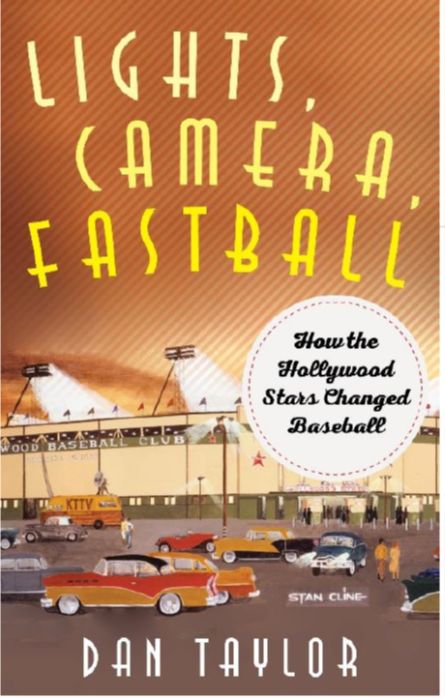 Every purchase directly supports the museum.