On Wednesday, August 31, Pulitzer Prize-winning writer and author David Maraniss will discuss his newest book, Path Lit by Lightning: The Life of Jim Thorpe. It’s a riveting new biography of America’s greatest all-around athlete, a man who starred in baseball, football, and track and field

Thorpe rose to world fame as a mythic talent who excelled at every sport. He won gold medals in the decathlon and pentathlon at the 1912 Stockholm Olympics, was an All-American football player at the Carlisle Indian School, and played in the major leagues for John McGraw’s New York Giants. In spite of his colossal skills, Thorpe struggled against difficult circumstances. As a member of the Sac and Fox Nation, he encountered racism and other forms of bigotry. 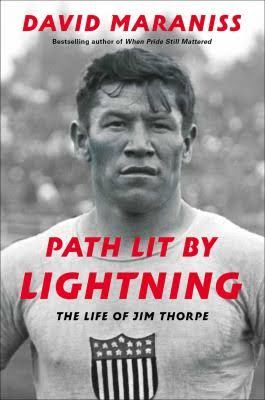 Path Lit by Lightning: The Life of Jim Thorpe By David Maraniss