On Wednesday, July 13, best-selling author Kostya Kennedy will discuss his critically acclaimed book, True: The Four Seasons of Jackie Robinson. The new book explores four milestone years in Robinson’s life: 1946, his lone season with the Montreal Royals; 1949, when he won the MVP; 1956, his final season in the major leagues; and 1972, the final year of his life.

Kostya Kennedy has authored books on Pete Rose and Joe DiMaggio, and has written for Sports Illustrated, the New York Times, and The New Yorker. 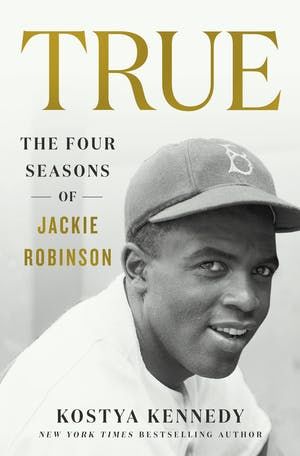 True: The Four Seasons of Jackie Robinson By Kostya Kennedy