'HOMER AT THE BAT' ROUNDTABLE DISCUSSION

The National Baseball Hall of Fame and Museum will pay tribute to THE SIMPSONS’ place in American culture by honoring “Homer at the Bat” on Saturday, May 27 prior to the annual Hall of Fame Classic. Boggs and Smith, who were portrayed in the unforgettable episode that featured Homer Simpson winning the championship softball game for the Springfield Nuclear Power Plant with a walk-off hit-by-pitch, will be featured in a roundtable discussion from 9:30 a.m. to 11 a.m. at the Museum. THE SIMPSONS will also be honored as part of the pregame ceremonies prior to the Hall of Fame Classic.

The roundtable will also feature Homer Simpson’s “induction” into the Hall of Fame and introduce a year-long Museum exhibit dedicated to THE SIMPSONS. In “Homer at the Bat,” Hall of Famers Smith, Boggs and Ken Griffey Jr. were three of the nine “ringers” brought in by the owner of the Springfield Nuclear Power Plant, C. Montgomery Burns, to ensure his team’s victory. But almost all of the stars were fated not to play, each having suffered a separate and unique misfortune leading up to the game. The voices of the actual players were used in the episode. 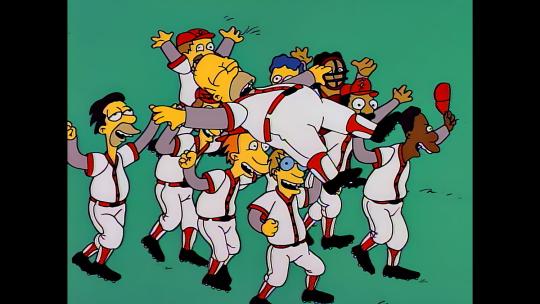 Homer Simpson will be 'inducted' into the Hall of Fame during a roundtable discussion about THE SIMPSONS' 'Homer at the Bat' episode during Hall of Fame Classic Weekend. 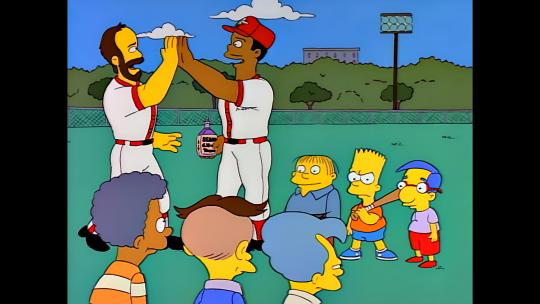 Hall of Famers Wade Boggs (left player) and Ken Griffey Jr. were among the professional baseball players featured in THE SIMPSONS 'Homer at the Bat' episode.