Tony Clark was a power-hitting big league first baseman for 15 seasons, but the 6-foot-8 switch-hitter once envisioned a future playing basketball. It would take a freak injury to the smooth shooting hoopster’s back to convince the highly regarded prospect to concentrate on the National Pastime.

“Basketball was the sport I loved and it was what I did year round,” Clark once said. “Baseball was just something I did because I could hit the ball far and loved watching it go.”

Clark, who would ultimately swat more than 250 balls over big league outfield fences, most notably with the Detroit Tigers, debuts this fall as one of 34 players on the 2015 Baseball Writers’ Association of America Hall of Fame ballot. 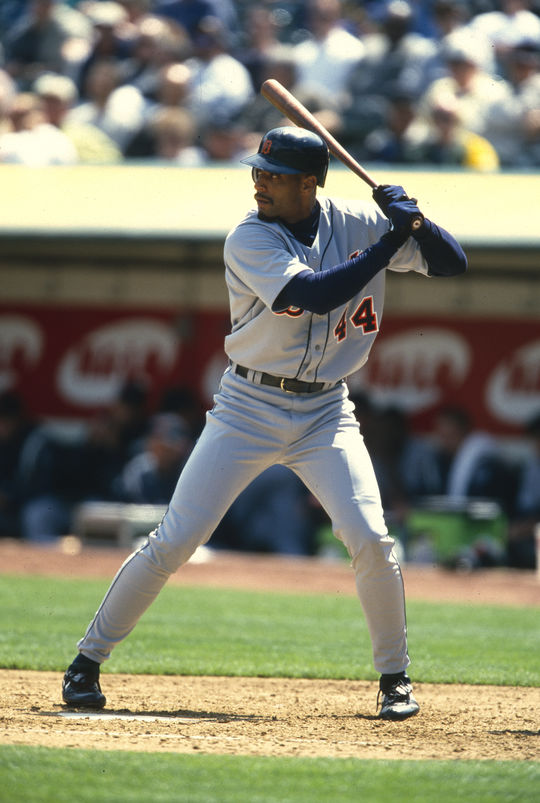 Anthony Christopher Clark was born June 15, 1972 in Newton, Kan., but grew up in the San Diego, Calif. area. A gifted two-sport athlete, the 1990 graduate of Christian High School excelled both academically and athletically at the scholastic level. On the basketball court, he averaged 43.7 points per game his senior year, his 1,337 points that season breaking Bill Walton’s San Diego high school single-season scoring record. On the baseball diamond, despite playing only 35 high school games, including some at shortstop, his potential was evident.

During a busy senior year of high school, Clark not only accepted in the fall a scholarship offer to play basketball at the University of Arizona, but that spring was selected by the Tigers in the first round (second overall behind Atlanta’s Chipper Jones) of the 1990 amateur draft. By July 1990, Clark had signed a contract for a reported then-Tigers record $500,000 bonus, but Clark had a unique clause that allowed him to play both minor league baseball and collegiate basketball for three seasons before having to choose one or the other.

“Everything was about as perfect as a young athlete could possibly draw it up,” Clark said. “It was fantastic. I was playing on one of the top basketball teams in the country. Couldn’t wait to get my college career started. I was excited about the possibilities.

“Then everything changed when I hurt my back.”

Clark’s choice of which sport to pursue fill-time was ultimately made for him when he hurt his back landing on a teammate’s foot in basketball practice as a freshman. Transferring to San Diego State, he led the team in scoring in 1991-92 at 11.5 points per game, but consistent back pain led him to concentrate on baseball for the first time in his life.

After a few basketball-shortened and injury-plagued minor league campaigns, Clark was healthy and committed in 1994 – the season he first made the position switch from the outfield to first base – when he collected 23 home runs and 99 RBI splitting time between Double-A Trenton and Triple-A Toledo.

After Clark made his big league debut in September 1995, he established himself as a major leaguer the next season. Hitting 27 home runs with 72 RBI for Detroit in only 376 at-bats after his June 7 call-up from Toledo, he would finish third in the American League Rookie of the Year voting behind New York Yankees shortstop Derek Jeter and Chicago White Sox pitcher James Baldwin.

In 1997, when “Tony the Tiger” swatted 32 homers along with a career-high 117 RBI, the 25-year-old became the 13th switch-hitter in big league history to hit at least 30 home runs in a season. He also became the fifth-fastest player in major league history to amass 50 career home runs, collecting his milestone round-tripper in his 202nd game.

According to Clark, he developed such a prolific power stroke from the right side as a youngster that at the age of 11, his friends made him bat left-handed in their sandlot games.

Success on the field continued for Clark in 1998 when he not only established a Tigers record for switch-hitters with 34 home runs but also became the first Detroit player since Rudy York in 1938 to hit at least 30 homers and 100 RBI in his first two full seasons. In 1999, with his 31 home runs, he became the fifth player in franchise history to hit at least 30 homers in three straight seasons.

“He’s impressive, big time,” said Tigers hitting coach Larry Herndon in 1997. “The thing guys like that have is a will to succeed. It’s inside.”

Clark was also proving that a man of his 6-foot-8 height could succeed as a big leaguer. While pitchers could sometimes exploit his large strike zone as a hitter, defensively it was an asset because it allowed him to reach throws other first basemen could not.

“There are a lot of pluses, because a man my size is going to have great leverage,” Clark said. “At the same time, I have a lot more working parts that can get out of whack.
“That’s why I’m thankful every day I’m in a baseball uniform, because I know I bucked the odds.”

After an injury-plagued 2000 season, Clark came back the following campaign with a .287 batting average, 16 homers and a team-high 75 RBI, and named to his lone All-Star team, but was selected off waivers by the Boston Red Sox from the Tigers in November 2001.

Following single seasons as a part-time player with the Red Sox, New York Mets and New York Yankees, Clark would spend most of his final five big league seasons as a valued reserve with the Arizona Diamondbacks. His best season during this period came in 2005, when he hit 30 homers and drove in 87 runs despite only 349 at-bats.

Though he wasn’t contributing as much on the field as he had during those early years with the Tigers, Clark played an important role off the field with his young teammates during his final seasons.

“Man, he’s a special person,” said Diamondbacks infielder Craig Counsell in 2005. “You’re kind of amazed when you’re around him, but I think everybody that’s around him is a better person for being around him. You can’t really overstate it, I don’t think.”

“He’s just like Mufasa, the king lion,” said Arizona catcher Chris Snyder in 2008. “He’s a great guy to have around.”

Hanging up his glove after being released by Arizona in July 2009, Clark finished his 15-year big league career with a .262 batting average, a .339 on-base percentage and a .485 slugging average, totaling 1,188 hits, 233 doubles, 251 homers and 824 RBI. He’s currently 13th all-time in home runs by a switch-hitter, homering from both sides of the plate in a single game 10 times.

Clark stayed in the game first as a studio analyst for the MLB Network before joining the Major League Baseball Players Association as director of player relations in March 2010. Promoted to deputy executive director of the MLBPA in 2013, Clark was named executive director in 2014 following the untimely death of his predecessor Michael Weiner. With his hiring, Clark became the first former major league player to become head of the baseball players’ union.

“He was always a guy that everyone looked up to as far as young players coming up. Veteran players always fed him questions. They had a problem, they would go to Tony Clark,” said longtime pitcher Joe Nathan in a recent interview. “He’s still a guy that everyone thinks that’s they guy to go whenever you have a questions, and he’ll have an answer. He is a natural leader.” 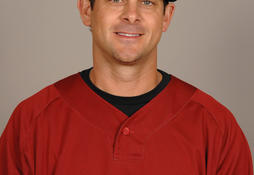 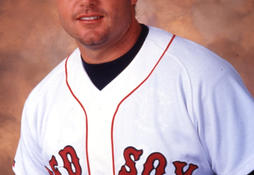