Larry Walker grew up with sticks, skates and pads as a hockey hopeful.

His sports destiny, however, landed him on the baseball diamond – and with a permanent place in the game’s storied history.

Walker, who played 17 big league seasons as an outfielder with the Expos, Rockies and Cardinals, is one of 34 players on the 2015 Baseball Writers’ Association of America ballot for the Class of 2015 at the National Baseball Hall of Fame and Museum. Walker received 10.2 percent of the vote in 2014 in his fourth year on the BBWAA ballot. 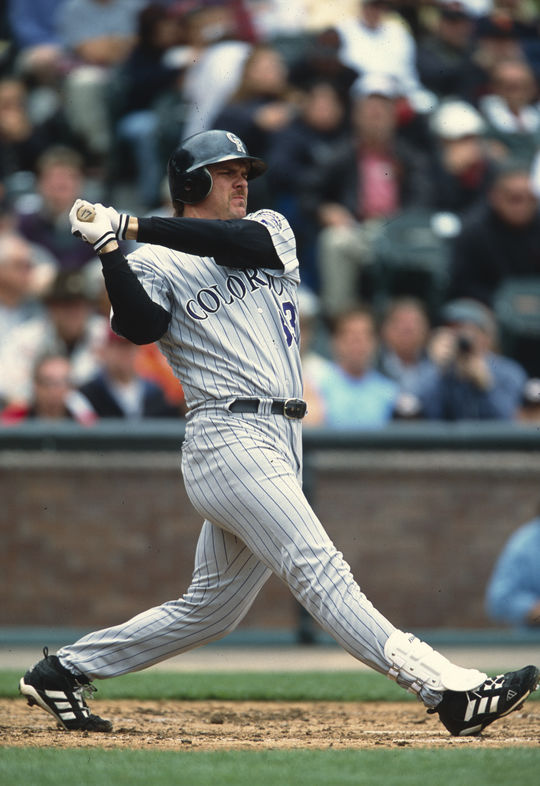 Born Dec. 1, 1966, in Maple Ridge, British Columbia, Walker followed the path of thousands of other Canadian athletes into the junior hockey ranks. His brother, Carey, was drafted by the Montreal Canadiens, and Larry had visions of a National Hockey League career like the one of Cam Neely, a future Boston Bruin who was Walker’s teammate in junior hockey.

However, Walker was relegated to duty as a third-string goalie before being cut at age 17.

But Walker proved a fast learner once he switched to baseball. Though there are few high school baseball teams in Canada due to the short spring season, Walker played on regional teams and was eventually signed by the Montreal Expos in 1984 as an undrafted free agent.

From there, Walker was on the fast track to success. After finishing seventh in the 1990 National League Rookie of the Year voting, Walker harnessed his five-tool talent with a work ethic born on the frozen ponds of his home country. He made his first All-Star team in 1992 and also won his first Gold Glove Award that same year, then led the Expos to a 74-40 record in 1994 before the strike ended the season.

The next year, Walker joined the Rockies as a free agent and began a nine-year stretch that saw him develop into one of the game’s most complete players. 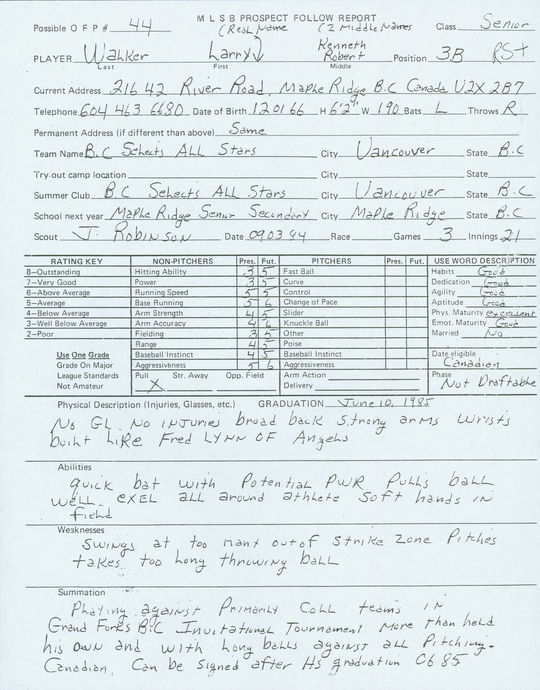 Larry Walker of the Rockies used this bat to collect a National League-record six consecutive extra-base hits during a May 21-22 series against the Pirates at Coors Field in 1996. - B-142-96 (Milo Stewart, Jr./National Baseball Hall of Fame)

“He’s the most talented player I’ve ever had,” said former manager Don Baylor. “He never misses the cutoff man, he never throws to the wrong base; he has speed, power and intelligence. All you have to do is write his name down in the lineup and he’ll take care of the rest.”

He is also in rare company as a hitter. Walker is one of 19 players who have won at least three big league batting titles. Thirteen of those players are in the Hall of Fame.

Walker, who battled injuries for his entire career and played in more than 150 games in his career just once in 17 seasons, was traded to the Cardinals in 2004 and retired after the following season. His final numbers: a .313 career batting average, 383 home runs, 1,311 RBI, 230 stolen bases and seven Gold Glove Awards.

“He’s better than one of the best,” said Atlanta Braves manager Bobby Cox during Walker’s playing days. “He is the best.” 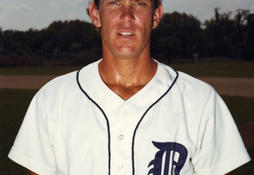 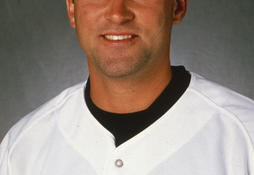