(COOPERSTOWN, NY) – With four World Series titles in the last 15 seasons, the Boston Red Sox know the way to Cooperstown.

And artifacts from their latest triumph are already headed to the home of baseball.

The Red Sox clinched their ninth World Series title in franchise history with their 5-1 win over the Dodgers in Game 5 of the Fall Classic on Sunday. The Red Sox generously donated several artifacts telling the story of that victory to the National Baseball Hall of Fame and Museum, and those pieces will soon take a permanent place in the Museum in Cooperstown.

Artifacts donated by the Red Sox following Game 5 on Sunday night in Los Angeles include:

These and other pieces from the 2018 Postseason will be featured in the Autumn Glory exhibit, which will be on exhibit through the 2019 Postseason.

Timing on the opening of the 2018 Postseason version of Autumn Glory will be announced in the coming weeks. 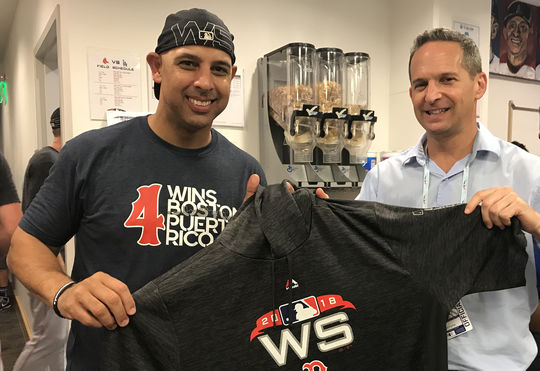