Mead, 61, has spent 40 years working in baseball, all with the Los Angeles Angels organization, including the last 22 years as the team’s Vice President of Communications.

“The Board of Directors is very pleased that Tim has accepted the position of President of the Hall of Fame,” said Clark. “Tim is deeply respected throughout the baseball industry, among players, executives and media alike. He has a great affection for the game and its history, and we are looking forward to having him leading the efforts of the National Baseball Hall of Fame and Museum.”

In his most recent position with the Angels as Vice President of Communications, Mead oversaw the team’s media relations, publicity and broadcasting operations. Immediately prior, he served as Angels’ Assistant General Manager from 1994-97. Mead, who began his career as an intern in the Angels’ Public Relations department in 1980, was appointed Director of Media Relations in 1985 and assumed the role of Assistant Vice President of Media Relations in 1991.

Mead becomes the seventh president in the 80-year history of the organization, following Stephen C. Clark, Sr., founder of the Hall of Fame and grandfather of current Chairman, Jane Forbes Clark, Paul Kerr, Edward W. Stack, Donald C. Marr Jr., Dale A. Petroskey and Jeff Idelson, who in February announced his upcoming retirement from the role.

“I am both humbled and excited about the opportunity to join the dedicated and amazing staff in Cooperstown,” Mead said. “Jane Forbes Clark’s commitment to the history of our great game, the preservation of its individual and team milestones, and the honoring of our greatest players, managers, executives and umpires makes working for the Hall of Fame a distinct honor. To follow in the footsteps of my close friend Jeff Idelson is an equally amazing privilege. The impact of his leadership during a 25-year tenure will always be a major part of the history of this illustrious institution.”

“For the past 40 years I have had the distinguished honor of working for one of the finest organizations in Major League Baseball,” Mead continued. “The Angels have meant everything to my family and me. My gratitude and respect to those I have worked with and for can never be totally conveyed.”

Mead was the 2000 recipient of the prestigious Robert O. Fishel Award for Public Relations Excellence, awarded annually by Major League Baseball to an industry executive who excels in promoting the game. He was also honored in 2005 with the first Distinguished Alumnus Award for Athletics by his alma mater, California State Polytechnic University in Pomona. In 2012, Mead was recognized by the American Diabetes Association and the Orange County Father's Day Council as one of four Father of the Year recipients, an award bestowed to 100 men from across the nation who portray and epitomize family, citizenship, charity, civility and responsibility in their everyday lives.

In April 2002, Mead took part in the Joint Civilian Orientation Conference (JCOC) designed by the Department of Defense. He was one of 60 civilians chosen by the Pentagon to attend the conference, traveling to the Pentagon, Norfolk Naval Air Station in Va., Sheppard Air Force Base, Wichita Falls, Texas, Fort Bragg and Camp Lejeune, N.C., and Ofutt Air Force Base in Omaha, Neb., to see the United States Strategic Command Center. The trip is designed to present a clearer picture and understanding of the military to civic and community leaders across the country.

Born in Athens, Greece, Mead is a 1980 graduate of Cal Poly in Pomona, Calif., with a Bachelor of Science degree in communications. A dedicated member of the Southern California community over the past four decades, he has served on the board of directors for the Ronald McDonald House in Orange, Calif., and assisted numerous charitable groups and programs, including Amigos de los Niños, the Sunburst Youth Academy and the Gang Reduction Intervention Program (GRIP). Mead has also served on the advisory committee for the sports management program at Long Beach State University and the Dean's advisory board for the College of Communications at Cal State Fullerton. He and his wife Carole have one son, Brandon. 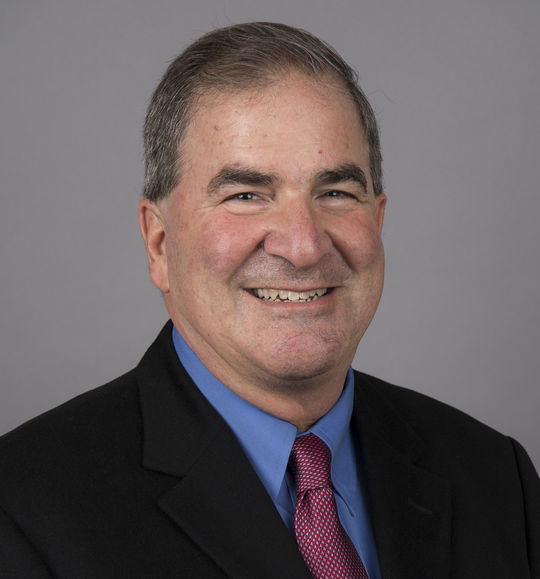