History made by Galarraga, Joyce, now in Cooperstown

In the top of the ninth inning on June 2, 2010, after retiring 26 Cleveland batters in a row, Tigers pitcher Armando Galarraga induced Indians shortstop Jason Donald to hit a sharp grounder toward first. As first baseman Miguel Cabrera raced to field the ball and Galarraga sprinted to cover the bag for the final out of a perfect game, the joyous crowd of more than 17,700 could sense history in the making at Detroit’s Comerica Park.

The National Baseball Hall of Fame and Museum was watching, too. For years, the Museum has collected artifacts from no-hitters and perfect games, often a ball from the game and the pitcher’s cap. The reason for acquiring these items is not just to check off an object for each event; artifacts like these illustrate the stories we tell at the Hall of Fame. So as this game entered its final stages, the Museum was an interested party.

The play was at first base that night was close, but replays showed that first base umpire Jim Joyce’s call – SAFE! – was emphatic, textbook…and incorrect.

Galarraga’s own reaction changed rapidly from exultation to shock; then a half-smile of disbelief crept across his face. He knew Donald was out, but the umpire closest to the play had called him safe. Detroit manager Jim Leyland flew out of his dugout to protest, but the rules of baseball – prior to the implementation of instant replay in 2014 – were clear: The judgment call of an umpire was final, and there was no appeal. Neither Galarraga nor Leyland could change that.

Amazingly, Galarraga then did what coaches so easily advise but which is so hard to do. He shook it off. He calmly climbed the mound, proceeded to get what he knew was the 28th straight out of the game, took the win, and went to the locker room.

Umpire Joyce also entered his locker room, asked to have a tape of the play cued up, and then watched himself make the wrong call. He was stunned. “I missed it from here to that wall,” he would later state. In truth, it was closer than that, but an umpire’s world is black and white, right and wrong; there are no shades of gray.

Joyce turned the sports world on its head by immediately, personally apologizing to Galarraga in front of the press. Hall of Fame umpire Bill Klem could say, “In my heart, I never missed one,” perhaps in part because he was never confronted by the smoking gun of instant replay. In his heart, Joyce knew he missed it.

“It was the biggest call of my career, and I kicked it,” Joyce tearfully admitted. “I just cost that kid a perfect game.” Cementing his apology, Joyce further acknowledged that that he had robbed Galarraga of baseball immortality, and expressed sorrow for keeping the pitcher’s name out of the record books. In an age when apologies are flack-scripted press releases expressing a vague “regret to anyone who might have been offended,” Joyce showed what a real apology was.

Galarraga, in an example of sportsmanship that reverberated far beyond the sports world, gracefully accepted the apology and embraced the umpire during the postgame talk. “I know nobody’s perfect. What are you going to do?” asked Galarraga rhetorically.

What are you going to do?

We asked that same question at the Hall of Fame, where we discussed what artifacts, if any, the Museum should request from the event. On the field, anyway, this was not a perfect game – should we request anything at all? Would requesting an item suggest that the Hall thought the game was really a perfecto?

When Dallas Braden and Roy Halladay pitched their perfect games the previous month in 2010, the Hall had obtained a ball and cleats from Braden’s game and a cap and ball from Halladay’s. Those items were chosen because they focused on the pitcher and his achievement. In so many respects, this game was different. For one thing, no one was really sure how it was ending.

One thing was certain: By their actions, Joyce and Galarraga had elevated themselves and the game above the usual chatter. So had Leyland, who called Joyce “a class guy,” and said, in all honesty, that it was all “part of the human element of the game.” By their words and actions, the three men had transformed the atmosphere surrounding the contest.

After weighing a number of ideas, the Hall decided to request Galarraga’s spikes, the first base from Comerica Park, and a game ball, items that were generously donated to the Museum by Galarraga and the Tigers shortly thereafter.

The whole story, of course, was not over. Jim Joyce was scheduled to call the game at the plate the following day. Offered a chance to skip his turn in the rotation, Joyce declined. Umpiring is a tough profession, and those in it do not shirk from tough assignments.

Umpires also know that managers can use the pregame ritual of handing in the lineup as an opportunity to rehash the previous game’s events. Some managers, like Hall of Famer Earl Weaver, have even been ejected before a game started. Against that backdrop, Jim Joyce walked to the plate the following day. Rather than coming himself, manager Jim Leyland sent Galarraga out to the plate with the lineup. There, the pitcher and umpire exchanged a handshake, and Joyce patted Galarraga on the shoulder. The message was clear: Each respected the other, and both respected the game.

Shortly thereafter, Commissioner Bud Selig stated that he would not overturn Jim Joyce’s call – the imperfect-perfect game, as some dubbed it, would stand. The record books will forever identify it as a one-hitter; but for everyone involved, the game was unique, teaching us all a little more about excellence and sportsmanship. 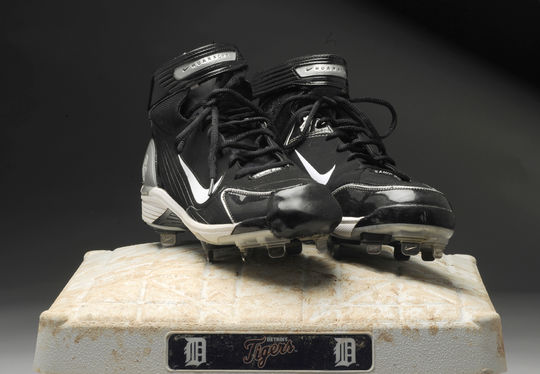 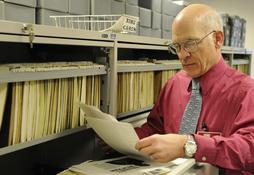