Josh Rawitch spent more than a quarter century working in baseball before assuming his role as National Baseball Hall of Fame and Museum President on Sept. 9, 2021.

Rawitch oversees the daily operation of the non-profit, educational institution, whose mission is to preserve history, honor excellence and connect generations. The organization first opened in 1939 and today employs nearly 100 full-time staff members, welcoming an average of 300,000 visitors annually and more than 17 million visitors since opening. The Museum’s collections contain more than 40,000 three-dimensional artifacts and 200,000 baseball cards. The Library catalogs and preserves nearly three million documents including 250,000 historic images and 14,000 hours of original audio and video recordings. 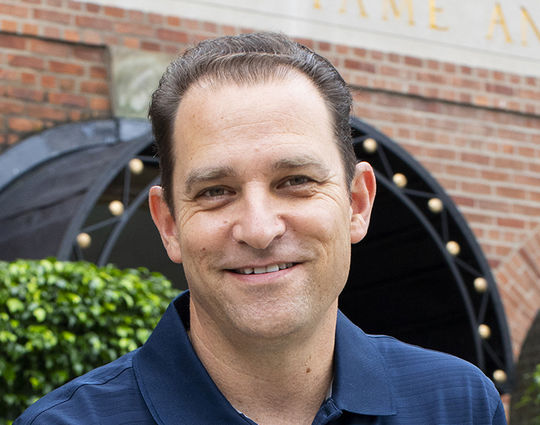 Rawitch came to the Hall of Fame after a decade with the Arizona Diamondbacks, serving as the team’s Senior Vice President of Content and Communications for his final six years in Phoenix. He joined the Diamondbacks after 15 years as part of the Los Angeles Dodgers’ front office.

A native of Los Angeles, Calif., Rawitch joined the Dodgers’ staff in 1995 and spent parts of five seasons in the team’s marketing department before shifting to public relations. He left the organization to serve as a beat reporter for Major League Baseball Advanced Media from 2001-02, after which he returned to the Dodgers, eventually rising to the position of Vice President of Communications.

In 2018, Rawitch received the prestigious Robert O. Fishel Award for Public Relations Excellence, given annually to an industry executive who excels in promoting the game. A bilingual Spanish-speaker, he has overseen baseball media relations efforts across the world, including in Mexico, China, Taiwan, Australia, Japan, New Zealand and the Dominican Republic, and has also served as a venue press chief at three iterations of the World Baseball Classic, most recently in South Korea. Over an eight-year period through 2019, Rawitch helped organize fundraising auctions during MLB’s Winter Meetings that have raised more than $1.6 million for various charitable causes.

Rawitch attended Indiana University, where he received a Bachelor’s Degree in Sports Marketing and Management with a minor in Business. During his time with the D-backs, he taught Strategic Sports Communications at ASU’s Walter Cronkite School of Journalism and Mass Communication.

In the Phoenix community, Rawitch was a trustee for the Arizona Sports Hall of Fame and served on the board of directors for the Greater Phoenix Chamber, the Arizona Hispanic Chamber of Commerce, the Juvenile Diabetes Research Foundation, the Arizona-Mexico Commission and the Phoenix Sister Cities Commission, while also sitting on the Arizona State University’s Sports Business Advisory Board.

He and his wife, Erin, are the parents of two children, Emily and Braden.