His baseball career spanned seven decades as he served as a player, scout, manager and ambassador.

In addition to his career with the Kansas City Monarchs, O'Neil teamed with the legendary Satchel Paige during the height of Negro league barnstorming in 1930's and 40's to play countless exhibition games.

He later joined the Chicago Cubs as a scout and signed Hall of Famers Ernie Banks and Lou Brock.

The Cubs hired him as a coach in 1962, making O'Neil the first African-American coach in big league history.

He became an unofficial spokesman and authority on Negro league baseball, giving his voice to documentaries, television shows and countless national interviews. 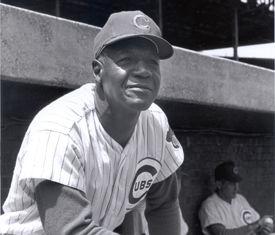 He fought for the inclusion of Negro league players in the National Baseball Hall of Fame and Museum.

O'Neil was Board Chairman of the Negro Leagues Baseball Museum (NLBM) in Kansas City, Mo., and was a historian, pioneer and ambassador for the Negro leagues and baseball. 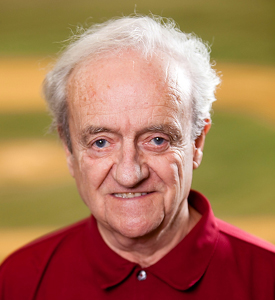 Roland Hemond was the second recipient of the Buck O'Neil Lifetime Achievement award.