Claire Smith, who has been a pioneer within the baseball community as one of the first women to cover a major league baseball beat extensively and as an influential voice among African-American writers, was elected the 2017 winner of the J.G. Taylor Spink Award in balloting by the Baseball Writers’ Association of America.

She will be honored with the award that is presented annually to a sportswriter “for meritorious contributions to baseball writing” during the National Baseball Hall of Fame and Museum’s induction weekend July 28-31, 2017, in Cooperstown, N.Y. 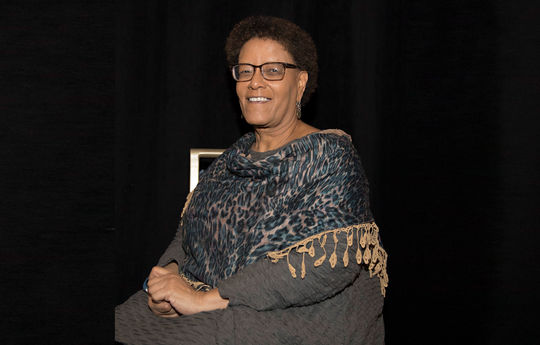 Smith received 272 votes from the 449 ballots, including three blanks, cast by BBWAA members with 10 or more consecutive years’ service in becoming the 68th – and first female – winner of the award since its inception in 1962 and named for the first recipient. Spink was a driving force of The Sporting News, known during his lifetime as the “Baseball Bible.”

Jim Reeves, an award-winning columnist and baseball writer in a 40-year career with the Fort Worth Star-Telegram, received 118 votes. Juan Vene, who for more than 60 years both in print and on the airwaves has connected strongly with baseball fans throughout Latin America, got 56.

Smith covered the New York Yankees for five years beginning in 1983 for the Hartford Courant and maintained a high profile as a columnist with the New York Times from 1991-98 and as an editor and columnist for the Philadelphia Inquirer from 1998-2007.

A graduate of Temple University, Claire is ESPN’s news editor of remote productions, responsible for the integration of news and analysis in live game broadcasts and the Baseball Tonight and Sports Center studio programs. She is a two-time Pulitzer Prize nominee and winner of three New York Times Publishers’ Awards.

Smith, 62, was the inaugural winner of the Sam Lacey-Wendell Smith Award for the Shirley Povich Center for Sports Journalism at the University of Maryland. Other honors include the Sports Journalist of the Year from the National Association of Black Journalists in 1997, the Mary Garber Pioneer Award from the Association of Women in Sports Media in 2000 and the Sam Lacy Award at the Negro Leagues Baseball Museum and Hall of Fame in 2010.

Claire was the New York Chapter Chair of the BBWAA in 1995 and ’96 and has served on three Hall of Fame Era Committees.