Mathewson, dubbed “Big Six” by teammates, was coming off a stellar regular season for the New York Giants. At 31-9, he led the National League in wins, strikeouts (206) and ERA (1.28).

His efforts propelled the Giants to the top of the NL leader board and earned the team a place in the 1905 Fall Classic against Connie Mack’s Philadelphia Athletics. The postseason appearance marked the first for the 25-year-old.

In Games 1 and 3, respectively scheduled for Oct. 9 and Oct. 12, Mathewson stifled the A’s – pitching a combined 18 shutout innings and striking out 14 men.

The A’s were pushed to the precipice of defeat in Game 4, as the Giants increased their lead in the Series 3-games-to-1. 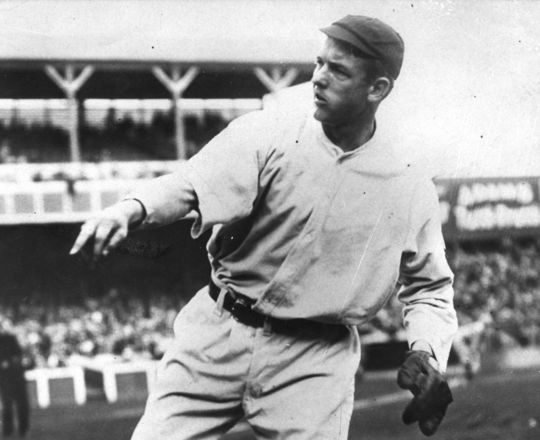 Game 5 was slated for Oct. 14, and Mathewson, on two days rest, was scheduled to take the mound once again.

In a blistering one hour and 35 minutes, Mathewson utilized his famed fadeaway pitch – an early version of the screwball – and blanked the A’s, throwing his third complete game shutout in a mere five days. No pitcher has ever matched that feat in a World Series.

With the victory, the National League locked up the World Series, topping the A’s four-games-to-one.

“Mathewson was the greatest pitcher who ever lived,” Hall of Fame manager Connie Mack said. “He had knowledge, judgment, perfect control and form. It was wonderful to watch him pitch – when he wasn’t pitching against you.”

The Bucknell University alum holds the record for most National League wins with 373 – along with Grover Cleveland Alexander – and is third on the all-time list behind only Cy Young and Walter Johnson.

“Mathewson pitched against Cincinnati yesterday,” writer Damon Runyon once said. “Another way of putting it is that Cincinnati lost a game of baseball. The first statement means the same as the second.”

Those winning ways earned Mathewson a spot in the Hall of Fame in 1936. Along with Ty Cobb, Walter Johnson, Babe Ruth and Honus Wagner, they comprised the first class of inductees. 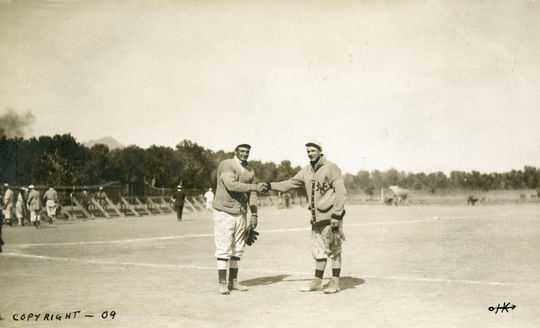 Hall of Fame pitchers Rube Waddell, then with the St. Louis Browns, and Christy Mathewson make up for lost time with a handshake in 1909. Despite leading the American League with 27 wins in 1905, Waddell missed a potential World Series showdown with Mathewson after injuring his left shoulder during the final month of the season. BL-255-76 (National Baseball Hall of Fame Library) 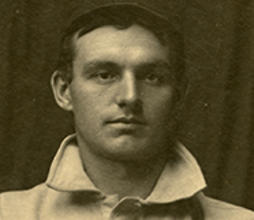