On July 3, 1960, Chicago Cubs third baseman Ron Santo would hit the first home run of his 15-year career in the big leagues – a three-run blast to left field against the Cincinnati Reds.

A little more than 52 years later - on July 22, 2012 - Santo would achieve baseball immortality with one of the Reds’ most popular players – Barry Larkin – as the two were inducted into the Baseball Hall of Fame.

Though the two players were inducted together, their paths that led to Cooperstown were markedly different.

A nine-time all-star, Santo enjoyed a consistently successful career in baseball. He spent 14 seasons with the Cubs before joining the crosstown rival White Sox for his final campaign in 1974. He made big league debut on June 26, 1960, one year after signing with the Cubs as an amateur free agent. 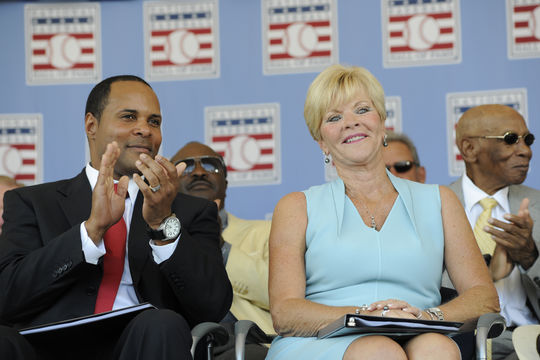 "No third baseman I ever played against or saw cross the white lines was better at his position. As a fielder, no one hustled more and covered as much ground as Ron Santo."

Santo recorded his first hit as a big leaguer in his first career at-bat, a single to center field off Pittsburgh Pirates right-hander Bob Friend. The hit came in the second inning of a Cubs 7-6 victory. He would record 2,254 total hits for his career.

Overall, Santo would finish his career as a .277 hitter with 342 home runs. Known as a stellar fielder, he would also win five consecutive Gold Glove Awards from 1964-1968.

“No third baseman I ever played against or saw cross the white lines was better at his position,” Reds Hall of Fame catcher Johnny Bench said. “As a fielder, no one hustled more and covered as much ground as Ron Santo.”

Santo would hit 30 or more homers in four seasons. In 1964, he would hit 30 homers and lead the National League in triples with 13. Santo also lead the NL in walks four times.

Larkin joined Santo in the 2012 Hall of Fame class. The Cincinnati native would spend his entire 19-year big league career as the Reds shortstop after being their first selection (fourth overall) in the 1985 amateur draft.

Appearing as a pinch hitter, Larkin debuted for the Reds as a fresh-faced 22 year-old on Aug. 13, 1986. He grounded out to second, driving in his first major league run. The next game, his first major league hit would come as he started at second base against the San Diego Padres. Larkin led off the bottom of the first with a single to right field. 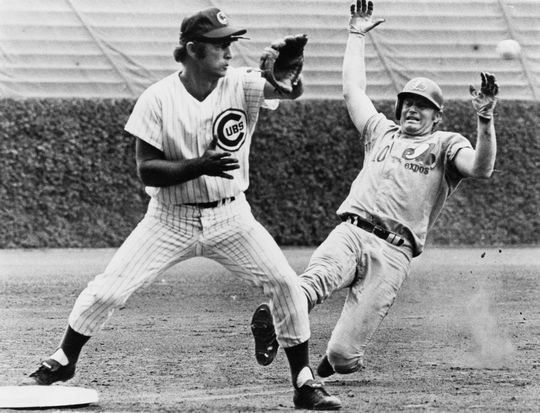 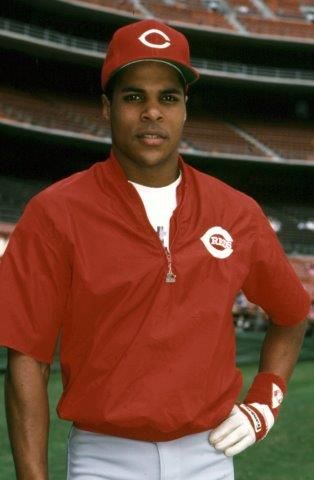 Larkin spent his entire career with the Cincinnati Reds, playing for them from 1986 to 2004. BL-1690-95 (National Baseball Hall of Fame Library) 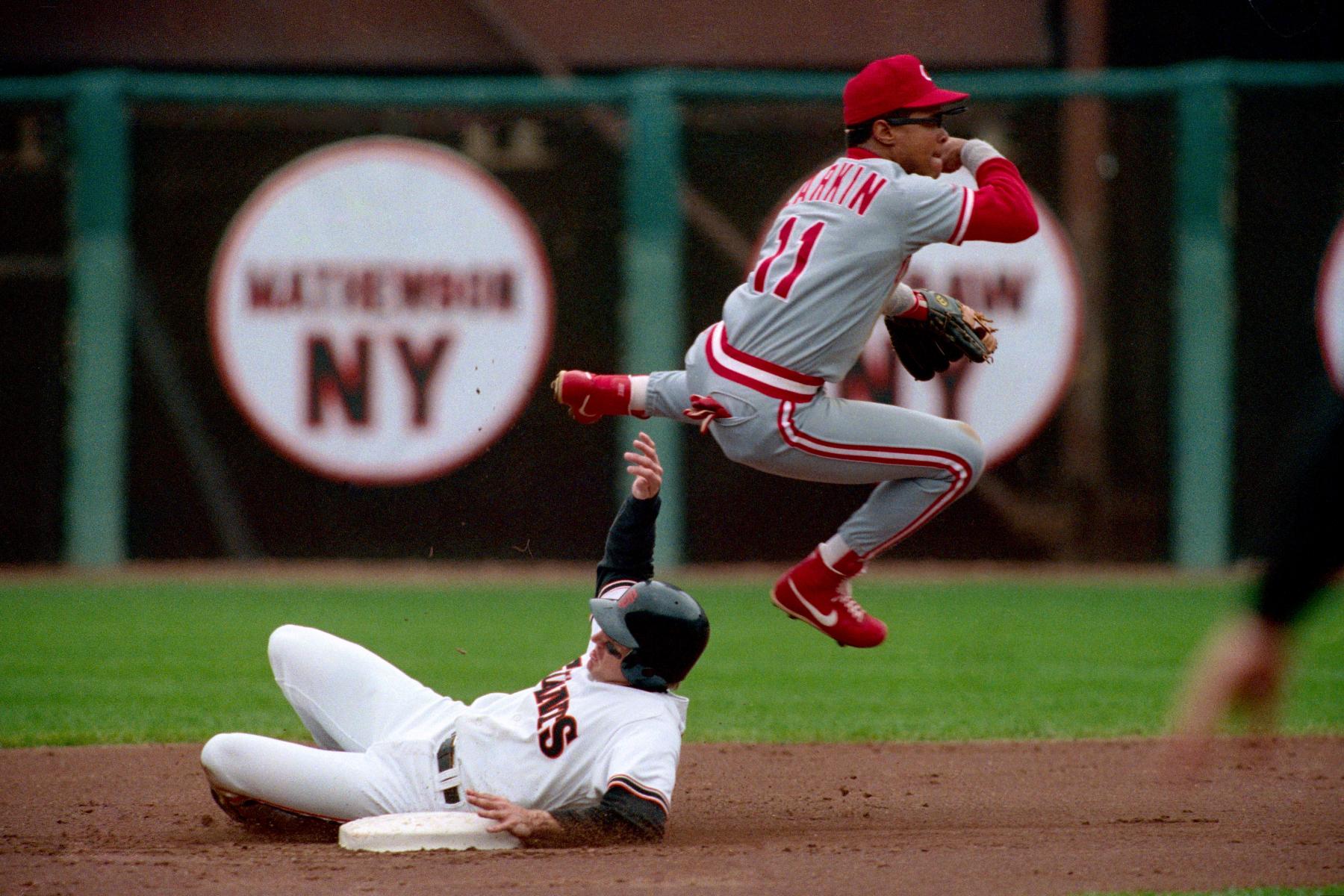 Cincinnati Reds shortstop Barry Larkin turns a double play at second base in a game against the San Francisco Giants in 1990. Larkin earned three consecutive Gold Glove Awards with the Reds from 1994-96. (Brad Mangin / National Baseball Hall of Fame Library)

The high mark of Larkin’s career would come during the 1995 season. He would hit a career-best .319 with 15 home runs and swiping a career-high 51 bases. For his efforts in the ’95 campaign, Larkin was named the National League’s Most Valuable Player.

Larkin would follow up his MVP season by hitting a career-high 33 home runs and stealing 36 bases, while hitting .298 – becoming the first shortstop to reach the 30-homer/30 steal plateau.

In 1990, Larkin hit .301 with 25 doubles and 30 steals to help lead the Reds to a World Series title over the Oakland Athletics in a four-game sweep.

Larkin was elite with both his bat and glove. In addition to his double digit all-star appearances and MVP award, Larkin would also win three Gold Glove Awards and nine Silver Slugger Awards.

Known for his exploits on the field, Larkin also shined as an ambassador for the Reds and the game of baseball away from the diamond.

"For 19 years Barry represented the Cincinnati Reds and the game of baseball so well both on and off the field,” fellow Hall of Fame shortstop Cal Ripken said. “When I think of Barry I think of a steady, smart and terrific all-around player both at shortstop and at the plate. I wish we had played in the same league, but we were in 11 All-Star Games together and I always enjoyed being around him and talking baseball.” 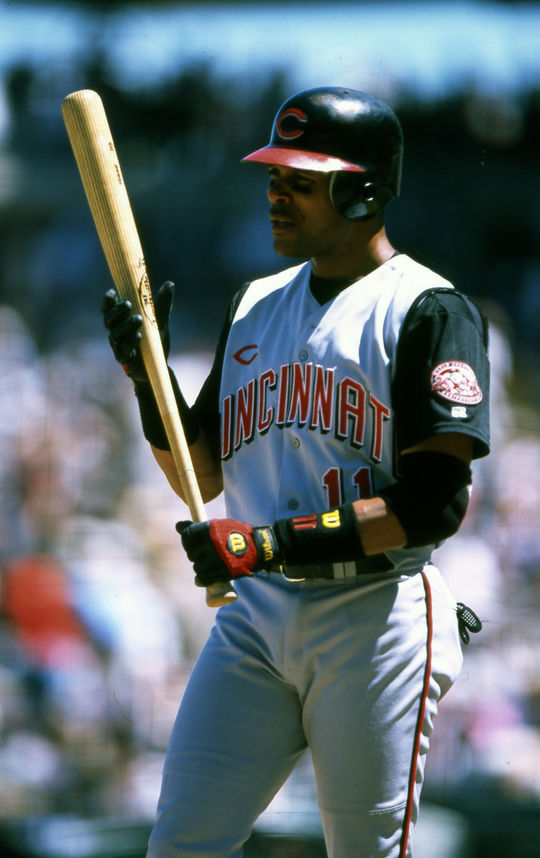 Larkin's 25 doubles and 30 steals to helped the Reds achieve a World Series title in 1990. (National Baseball Hall of Fame Library).