Nearly three decades after his retirement, the greatest pitcher the New York Mets have ever had is still known to most Mets fans as “The Franchise.” Others may prefer to call him “Tom Terrific.”

By any name, when Seaver officially retired from baseball on June 22, 1987, his body of work earned him a place in the National Baseball Hall of Fame.

Seaver’s arrival in Flushing changed the entire culture of the club, which went from “lovable losers” – words that are actually on Seaver’s Hall of Fame plaque – to World Champions in the span of three years. No wonder the great Henry Aaron called Seaver “the toughest pitcher I’ve ever faced.”

A native of Fresno, Calif., Seaver was drafted and signed by Aaron’s Atlanta Braves out of Southern California, but the signing was voided because USC had already begun its season when the deal was reached. William Eckert, the baseball commissioner, held a special lottery for Seaver. The Phillies, Indians and Mets all wanted in. When the Mets’ name was pulled out of a hat, the course of New York baseball history changed forever.

And it happened right from the start.

Seaver won 16 games and had 2.76 ERA in his first year, 1967, winning National League Rookie of the Year honors despite playing for a last-place team. He won 16 more games in his second year, lowering his ERA to 2.20, and then completely dominated the following year, winning 25 games and the first of his three Cy Young Awards, while leading the Mets to a stunning and improbable run to the world championship.

Said Ralph Kiner, the Mets’ broadcaster and Hall of Fame slugger: “Tom Seaver was the driving force behind the players, always pushing the team to be better than they were, never letting them settle.” 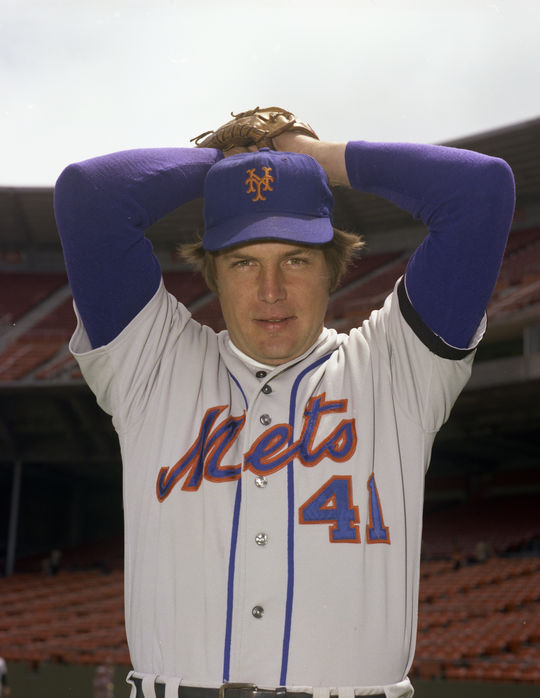 Tom Seaver imitates his wind-up, while playing for the Mets in 1976. (Doug McWilliams / National Baseball Hall of Fame Library) 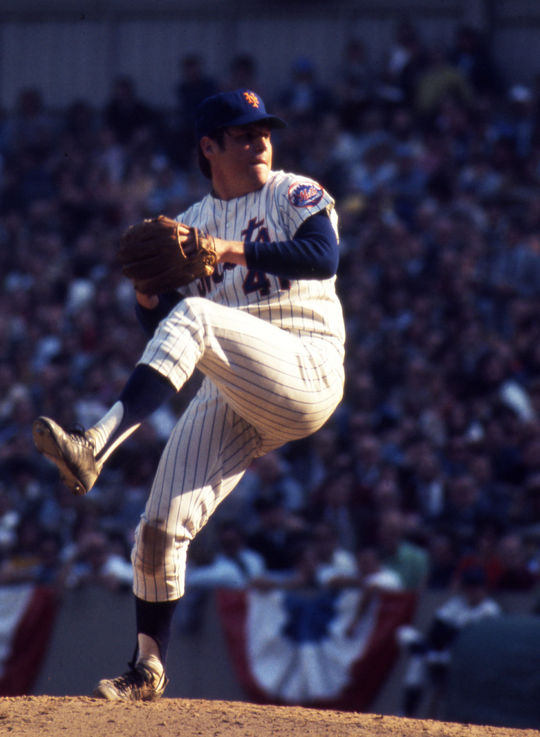 Tom Seaver played for the New York Mets from 1967-77, again in 1983 and once more at the very end of his career. (National Baseball Hall of Fame and Museum)

He won about every award there was to win, and broke about every record there was to break. Winning two more Cy Young Awards, he would make 10 All-Star teams, win 311 games (and five 20-win seasons), compile 3,137 strike outs, pitch a no-hitter and finish his career with a 2.86 ERA. And in 1992, he was inducted into the Hall of Fame with the highest voting percentage ever received up to that point – 98.84 percent.

And in case the numbers weren’t good enough, he had references to back them up. Journalists called him the next Christy Mathewson or Sandy Koufax. Bob Gibson, Juan Marichal, Jim Palmer, Nolan Ryan, Steve Carlton, Bert Blyleven and Don Sutton unanimously named him the best pitcher of their generation in an ESPN poll.

Yet to evaluate Tom Seaver solely based on stats would only be half of the equation. Because for Seaver, all of the awards he won, all of the records he broke, were only important as long as they helped the team win.

“The thing is to be able to keep the club in the ball game,” he told the Philadelphia Inquirer after debuting as a Red Sox in 1986. “That’s what it’s all about as far as I’m concerned. If we win [the pennant] and I finish the season 7-11, that’s fine with me.”

Which is why when Red Sox manager John McNamara took out of the game after giving up 3 runs through four innings on Sept. 19, 1986 – the last big league game of his career – Tom Seaver wasn’t bitter, or upset. Rather, he understood and respected the decision. 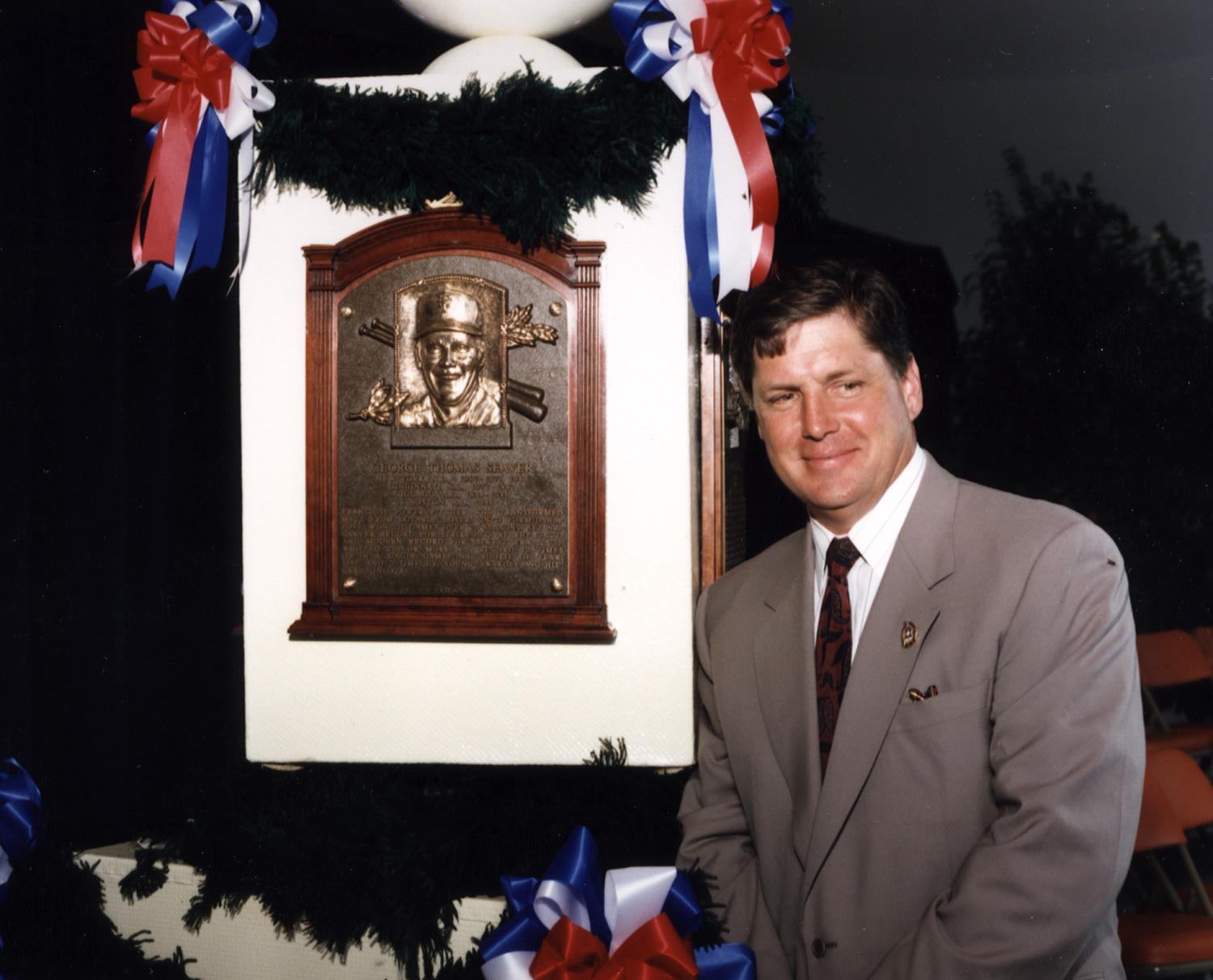 He would end his baseball career where he started it – on the New York Mets. Suffering from a depleted rotation, the Mets approached him in 1987. But after a couple of rough outings while pitching for the Triple-A Tidewater, he announced his retirement.

“That’s not a sad situation from my standpoint,” Seaver said. “I think it’s a very self-satisfying and gratifying situation because I can reflect for the rest of my life that I got every ounce out of it that I was supposed to get out of it.”