With his single against the Seattle Mariners on May 4, 2018, Albert Pujols gained entrance into one of baseball’s most exclusive fraternities: The 3,000 hit club.

Only 32 players in baseball history have been able to maintain the skill, consistency and longevity needed to reach 3,000 hits.

The novelty of a player reaching 3,000 hits creates a buildup of anticipation whenever a player is knocking on the door. Calendar dates are circled, road trips are planned and cameras are readied for that special moment when the bat meets the ball.

Over the years, the Hall has been fortunate to receive many donated artifacts from players and fans alike commemorating games in which a player collected No. 3,000. While each player’s artifacts may seem totally unique at first, together they bridge the stories of some of baseball’s most accomplished hitters. 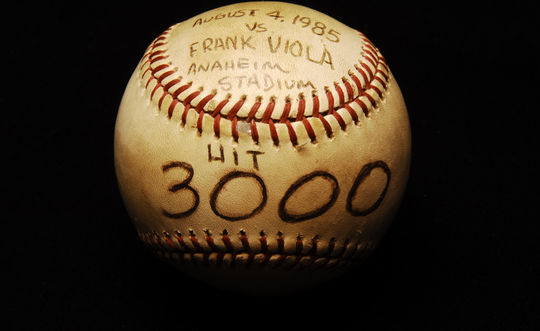 No Doubt About It

On June Aug. 7, 1999 – just one day after another future Hall of Famer, Tony Gwynn, collected his 3,000th hit – Wade Boggs entered the club with authority. In the sixth inning, Boggs, then playing with the Tampa Bay Devil Rays, crushed a pitch from the Indians’ Chris Haney into the right field stands at Tropicana Field. With the blast, Boggs became the first player to get his 3,000th hit on a home run. 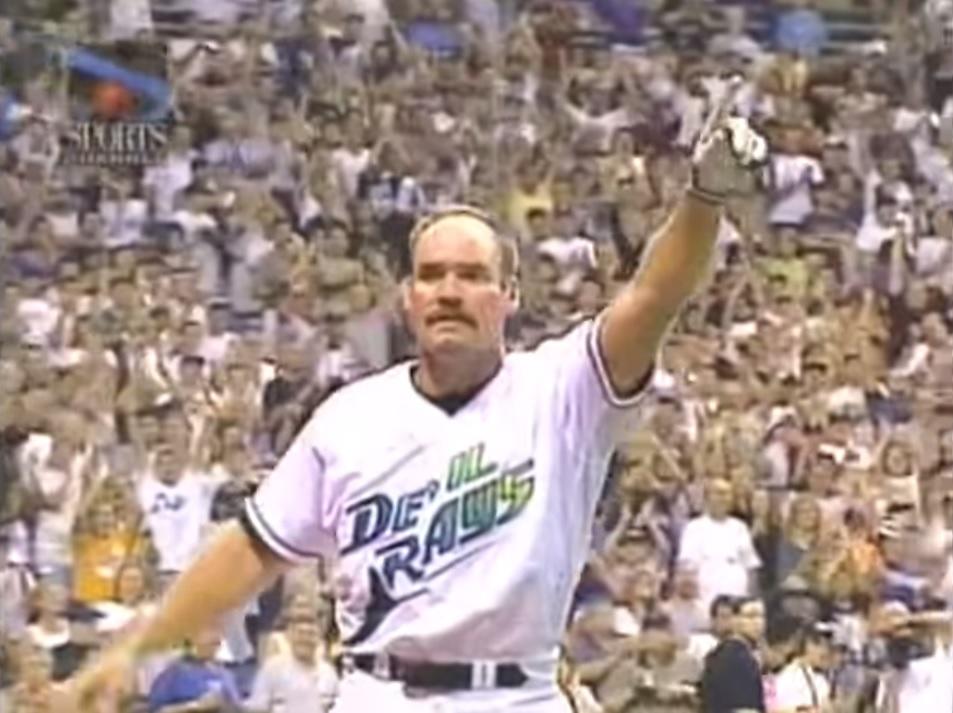 “I’ll never forget when Omar Vizquel said he was standing on third and he couldn’t see because he was blinded by the flash bulbs,” Boggs later said of the moment to MLB.com. “I never saw one go off, and I think that was just the amount of concentration that I was in.”

Jeter was another player who certainly possessed a flair for the dramatic, and on July 9, 2011, he punched his own ticket into Club 3,000 with a mighty blast. After a long delay due to a calf injury and a tremendous amount of anticipation, Jeter eased the tension quickly in his first-at bat of the day, when he sent a 3-2 pitch from Tampa Bay’s David Price into the left field stands at Yankee Stadium.

“If I would have tried to have written it and given it to someone, I wouldn’t have even bought it,” Jeter said after the game. “It’s just one of those special days.” 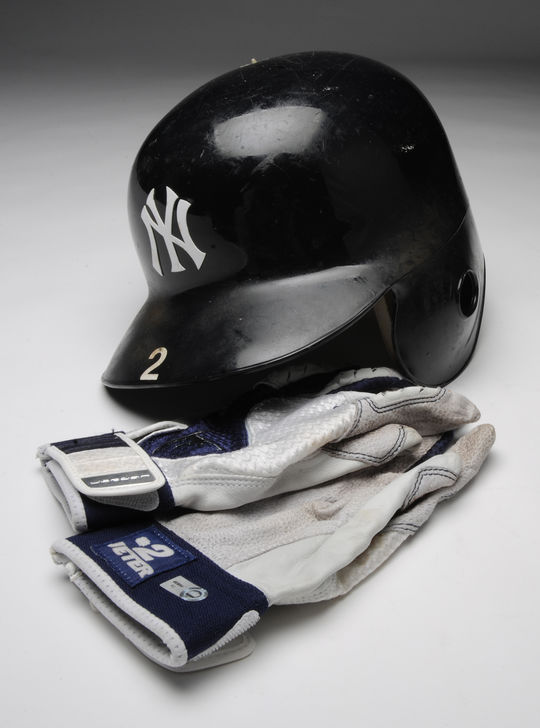 Of the 32 MLB players who have reached 3,000 hits, 26 of them have their famous safeties documented in some way through artifacts donated to the Hall. The first chronological artifact in the series, a baseball signed by Eddie Collins and Tris Speaker, captures an historic moment when lightning seemed to strike twice on the baseball landscape.

On May 17, 1925, Speaker became the fifth player to reach 3,000 when he singled off Washington Senators pitcher Tom Zachary at League Park in Cleveland. Just more than two weeks later, on June 3, Collins singled off Detroit’s Rip Collins (no relation) to put his own name in the record books. Later that year, the two legends signed a baseball to memorialize their extraordinary timing.

In 1967, Boston Red Sox owner and future Hall of Fame executive Tom Yawkey donated the ball to the Hall of Fame.

As some of the Hall’s artifacts show, predicting when a player gets his 3,000th hit hasn’t always been easy.

For instance, the Club 3,000 collection includes a scoresheet from a Cubs-Cardinals matchup from May 13, 1958, in which St. Louis legend Stan Musial is not listed in the starting lineup. The Cardinals had decided to sit Musial that day at Wrigley Field so that he could hit No. 3,000 in front of the home crowd at the original Busch Stadium. However, with his team trailing the Cubs 3-1 in the sixth inning, St. Louis manager Fred Hutchinson opted to insert Musial into the pitcher’s spot in the lineup.

True to form, Musial wound up hitting a double for his 3,000th hit and igniting an eventual game-winning rally for his Cardinals. Musial remains the only player to reach the milestone as a pinch-hitter. 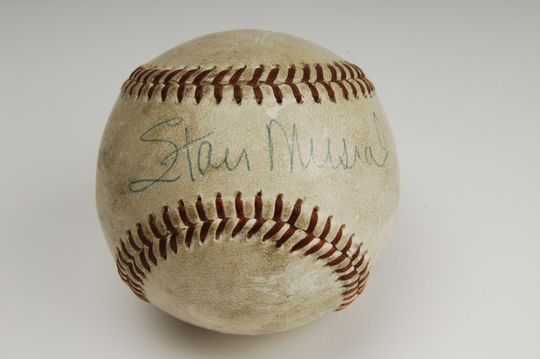 The ball knocked for a pinch-hit double at Wrigley Field on May 13, 1958 by Stan Musial to mark the 3,000th hit of his career. (Milo Stewart, Jr. / National Baseball Hall of Fame)

Royals star George Brett reached 3,000 on Sept. 30, 1992, but tracking when No. 3,000 would arrive was a bit of a challenge for both Brett and the Kansas City faithful. Brett had missed time with an injured shoulder and was still easing his way back to the field when the Royals arrived for a four-game set against the Angels in Anaheim, Calif.

“A lot of people flew from Kansas City thinking I was going to get it,” Brett told MLB.com in 2011. “I remember the first game was on a Monday and they all came to the ballpark, and I didn't play, and I think a lot of them left about the second or third inning because the Chiefs were on Monday Night Football.”

Two days later Brett, who was sitting on 2,996 hits, rewarded traveling Royals fans by going 4-for-5. His historic fourth hit, a single, landed him on a first base that is now housed in the Museum archives, along with his Royal blue batting helmet. 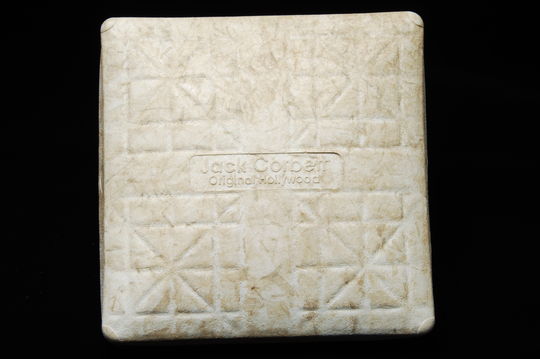 The first base from Anaheim Stadium, donated to the Museum after Kansas City Royals third baseman George Brett collected his 3,000th hit with a single on Sept. 30, 1992. (Milo Stewart, Jr. / National Baseball Hall of Fame)

Several artifacts from games in which players collected No. 3,000 are currently on exhibit throughout the Museum, including Henry Aaron’s bat from his 3,000th hit.

Support The Hall of Fame