Brett, Aikens connect through ‘The Royal’

Former big league slugger Willie Mays Aikens is currently in his second season working in the front office of the Kansas City Royals as the Special Assistant to Baseball Operations/Leadership Development.

But his turbulent journey that included being incarcerated for nearly 14 years and his ultimate redemption is told in a new motion picture.

“The Royal,” based on the 2012 book “Safe At Home” by Gregory Jordan, will have a limited theatrical release and appear on streaming platforms starting on July 15, 2022. 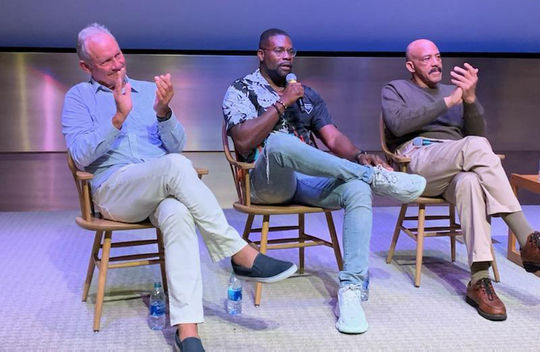 It tells the powerful and inspiring story of Aikens, whose promising baseball career was interrupted due to drug addiction and prison. But even upon his release, he finds that faith and family – as well as addiction – can still as hard as hitting a curveball. But the former Royals star did make it back to the franchise he slugged four homers with in the 1980 World Series.

After a special preview showing of “The Royal” at the National Baseball Hall of Fame and Museum’s Grandstand Theater on May 27 during Hall of Fame Classic Weekend, a trio of special guests, including Aikens, Hall of Famer George Brett and Amin Joseph, who portrays Aikens, discussed the 98-minute film.

“To see my story told on screen is a tremendous blessing for me. When I was incarcerated, I took notes and I had plans on finding somebody once I got out of prison to write the book, but I had no idea that a film would be made on my story,” Aikens said. “We live in this world and it’s only a few people that get a chance to have a movie based on their life.

“This is the third time I’ve seen it and each time I see it, I get very emotional. My prayers are when the audience sees this movie, they have the same feeling that I have.” 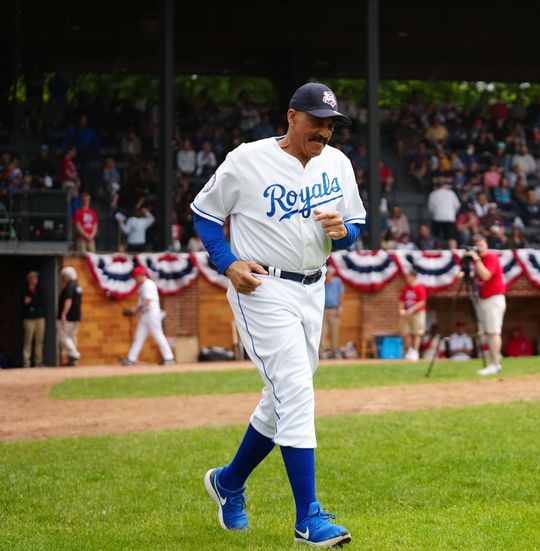 After 1983 season, Aikens, along with a few Royals teammates, were arrested and convicted for trying to purchase cocaine. He would be suspended by Major League Baseball and sentenced to three months in prison.

After playing for a number of years in Mexico, Aikens was convicted of selling crack to an undercover cop. In 2008, he was released after spending nearly 14 years behind bars.

With the support of Brett – his teammate on the Royals from 1980-83 – Aikens eventually overcame his addiction and testified before Congress about his battle with substance abuse. 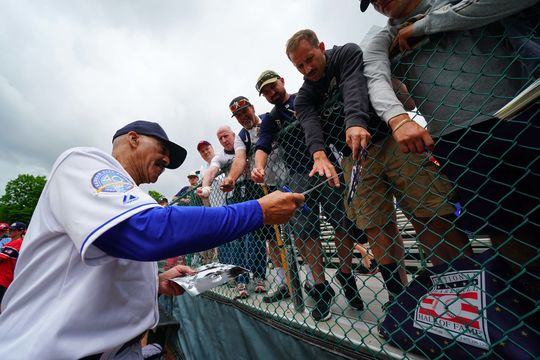 Willie Mays Aikens hit .282 with 77 home runs and 297 RBI in his four seasons with the Kansas City Royals, including a 1983 season in which he hit a career-best 23 homers while batting .302. (Daniel Shirey/National Baseball Hall of Fame and Museum)

“I get a lot of credit for helping Willie’s post-prison years, but all these guys in this room that played baseball would have done the same thing with their teammates,” said Brett, who is portrayed in the movie by British-born actor Nic Bishop. “That’s what you do because we were teammates. Did we ever hang out before and after games? No. Did we ever go out and have breakfast or lunch or go out after games? Never. But once we got to the field, we were teammates. And we were great friends on the field. It didn’t mean that I didn’t like him off the field. I loved him off the field. But we just didn’t have anything in common.”

“I took him to speak to every athlete at my son’s high school. Every student-athlete. And he did a just a tremendous job. And that’s when I notified the Royals and said, ‘We’ve got to get this message out.’ And that’s exactly what happened. The message got out. I took him to a game and I brought him up to the General Manager Dayton Moore’s suite and I introduced them. And when Willie left I said, “We’ve got to hire this guy. And they did.” 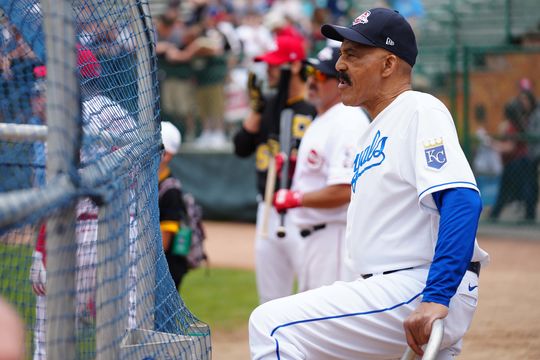 Willie Mays Aikens coached in the Royals system for nine years, including with Surprise from 2011-13 and 2015-19, and at Idaho Falls in 2014. (Daniel Shirey/National Baseball Hall of Fame and Museum)

“He did a great job talking to all the guys in the minor leagues every year about his life,” Brett said. “I was really hoping that Major League Baseball would hire him, the Commissioner’s office would hire him, and he would go to every Spring Training camp and visit with all the minor league teams. I think he could have saved a lot of people just telling his story.”

While certain liberties were taken with Aikens’ true story for the film, the protagonist was more than happy with the final result.

“I’m hoping that this film will show that if you do time in prison, that it’s not the end of the line,” Aikens said. “That the correct name for a prison is a correctional institution, but a lot of people that are incarcerated, they don’t look at that. They don’t look at it as a place of going and trying to correct your lives. But I’m hoping that this movie will show that if you are willing to do an inventory of your life during that period of time when you are incarcerated, you can become a better person and get out of prison and make good decisions.” 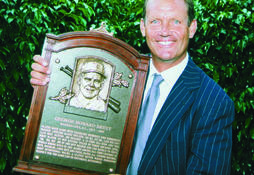 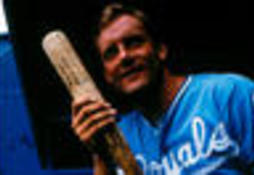 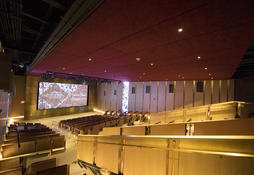