Brock remembered for turning speed into art on bases

He was baseball’s best catalyst for more than a decade, pressuring opponents with speed and daring on the basepaths.

But Lou Brock was much more than a stolen base specialist. And by the end of his spectacular 19-year big league career, Brock was recognized as one of baseball’s most complete – and clutch – players of the 20th century.

Brock, 81, passed away Sunday, Sept. 6. At the time of his retirement in 1979, he held the single-season and all-time stolen base records and was one of just 14 players with at least 3,000 hits. When he was elected to the Hall of Fame in 1985 in his first year of eligibility, Brock became just the 20th player elected in his first year on the ballot.

“Lou Brock perfected the art of the stolen base over a 19-year Hall of Fame career and cherished his membership in the Hall," said Jane Forbes Clark, Chairman of the National Baseball Hall of Fame and Museum. “For decades after his election in 1985, he and his beloved wife Jackie would return to Cooperstown each summer, and his smile would brighten Induction Weekend. On behalf of the Board of Directors and the entire staff of the Hall of Fame, we send our deepest condolences to Jackie and the Brock family.” 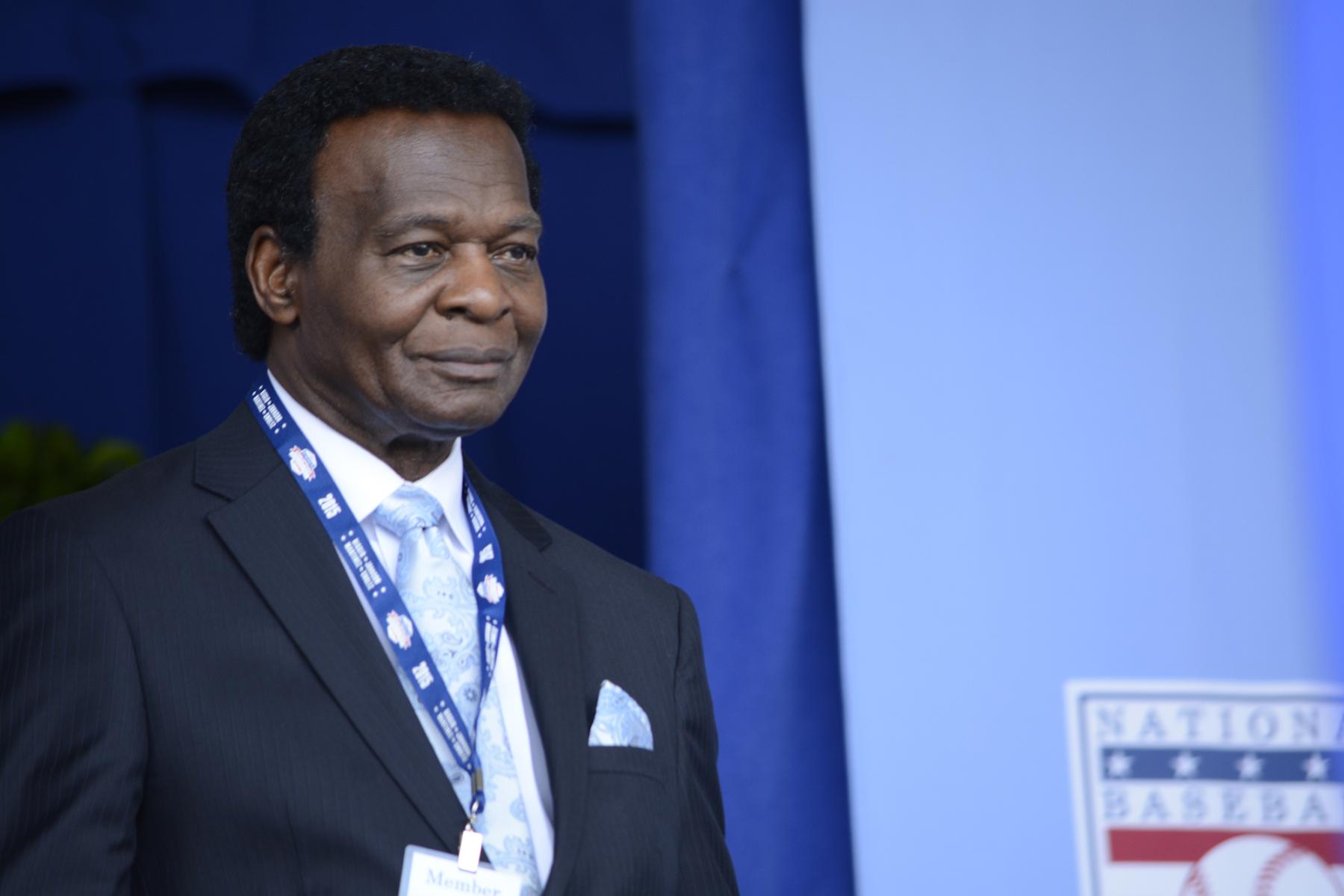 “My greatest asset was being able to light the fuse to a ballclub,” Brock said. “Someone on every team has to do that to create enthusiasm. Being able to do it with the St. Louis Cardinals gave me a great deal of satisfaction.”

Born June 18, 1939, in El Dorado, Ark., Louis Clark Brock played college baseball at Southern University before signing as an amateur free agent with the Cubs in 1960. After a season tearing up the minor leagues, Brock surfaced in Chicago at the tail end of the 1961 season, becoming the Cubs’ regular center fielder in 1962. The following year, the 24-year-old Brock played 148 games as Chicago’s regular right fielder, scoring 79 runs while stealing 24 bases and hitting .258. 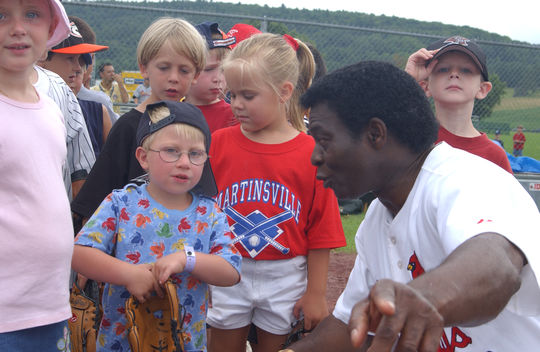 Lou Brock chats with young fan during Hall of Fame Weekend 2004. Brock was elected to the Hall of Fame in 1985. (Milo Stewart Jr./National Baseball Hall of Fame and Museum)

“I guess that fewer than two percent of the people in baseball thought it was a good trade for us,” said Cardinals third baseman Ken Boyer.

Brock proved the doubters wrong, hitting .348 with 81 runs scored and 33 stolen bases in just 103 games for St. Louis while leading the Cardinals to the National League pennant.

In the World Series, the Cardinals’ new left fielder hit .300 with five RBI to help St. Louis beat the Yankees in seven games.

The next year, Brock began a stretch of 12 seasons where he averaged 65 steals and 99 runs scored a year as the game’s premier leadoff hitter. 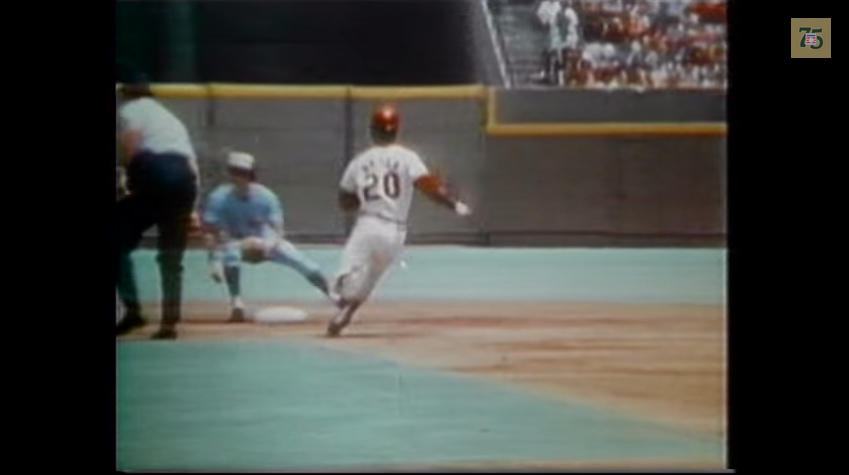 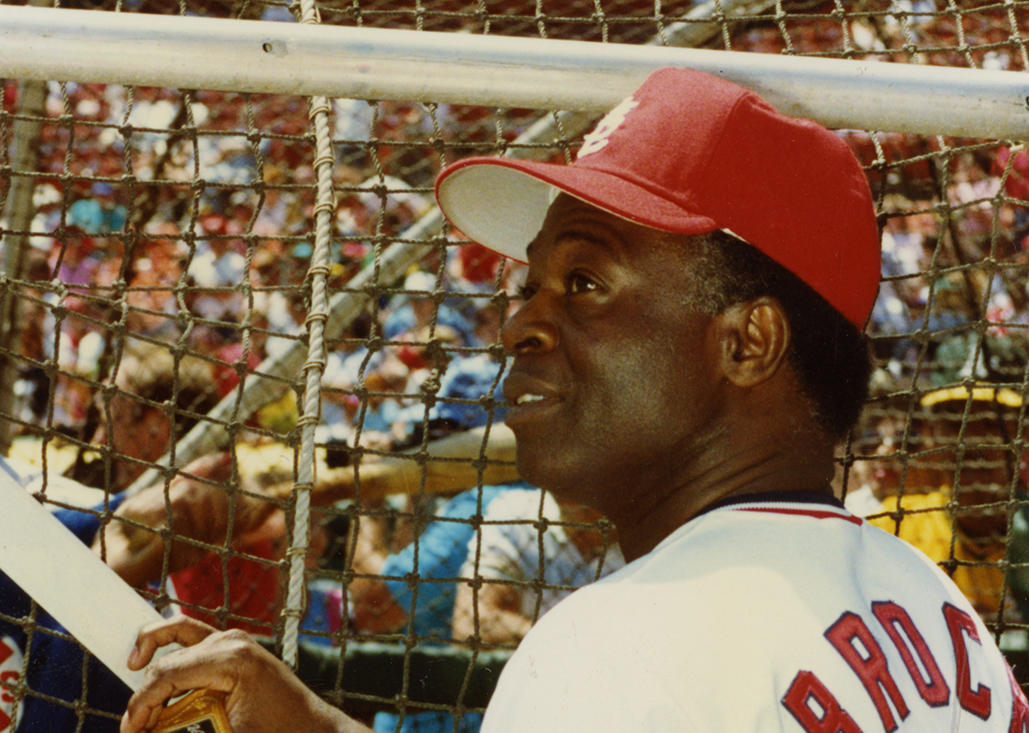 In 1974, the 35-year-old Brock mounted a successful challenge to Maury Wills’ 12-year-old stolen base record, amassing 118 steals while finishing second in the NL Most Valuable Player voting.

Brock continued to be a force well into his 30s, closing in on Ty Cobb’s all-time stolen base mark of 892 before passing the Georgia Peach during the 1977 season. He led the NL in steals every year but one between 1966 and 1974.

“There are two things I will remember most about Lou," said Ted Simmons, former Cardinals teammate and fellow Hall of Famer. “First was his vibrant smile. Whenever you were in a room with Lou, you couldn't miss it – the biggest, brightest, most vibrant smile on earth. The other was that he was surely hurt numerous times, but never once in my life did I know he was playing hurt." 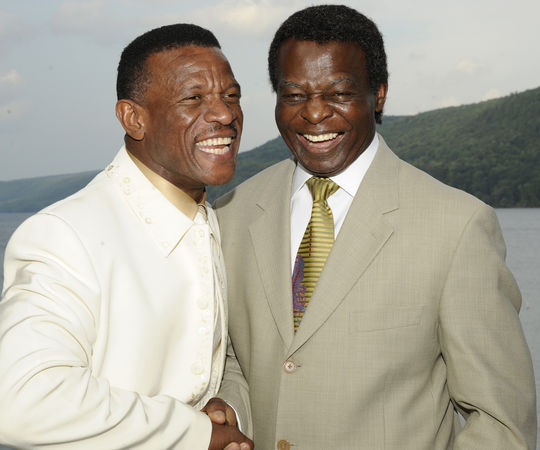 Brock continued to produce above-average power numbers for a leadoff hitter as well, averaging 30 doubles, nine homers and 56 RBI for every season he played. In 1962, Brock became just the second player to hit a home run into the bleachers at the reconstructed Polo Grounds in New York (a blast that traveled more than 485 feet), and in 1967 Brock became the first big league player with at least 20 homers and 50 stolen bases in one season.

“Baseball and I have a mutual respect for each other,” Brock said. “I have given a lot. It has given me a lot.” 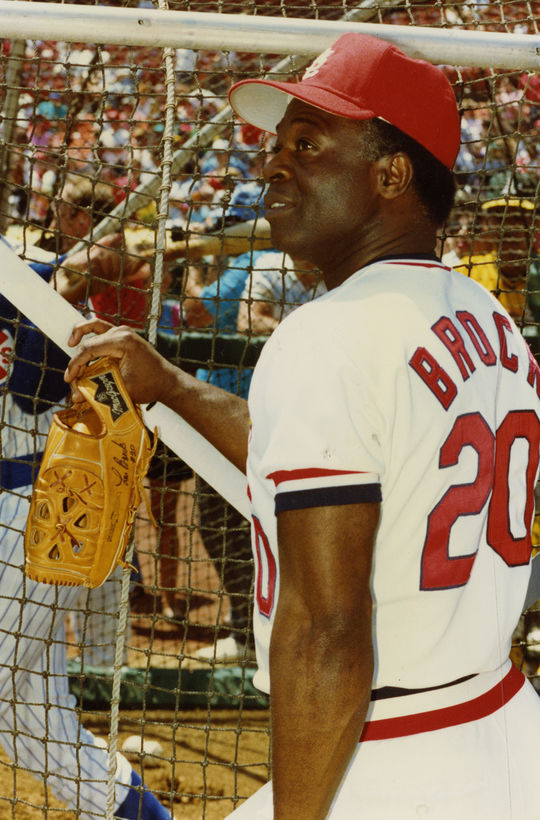 Lou Brock electrified baseball with his stolen base exploits and World Series heroics during his 19-year big league career with the Cardinals and Cubs. (Doug McWilliams/National Baseball Hall of Fame and Museum)