Actor Hank Azaria is a longtime baseball fan, but never expected artifacts from a role he created to be on exhibit at the Hall of Fame.

“I was honored,” said Azaria in a recent telephone interview. “I’m genuinely not worthy … nor is Jim Brockmire and his alcohol-soaked jacket and microphone. But I’m glad the Hall of Fame asked. It’s pretty awesome.”

Brockmire, a television show that debuted in 2017 on IFC, follows the minor league exploits of former Kansas City Royals broadcaster Jim Brockmire. Azaria created the character that first appeared online in a 2010 Funny or Die sketch. Brockmire wore the plaid sport coat and used the microphone, donated to the National Baseball Hall of Fame and Museum by IFC in February and on display as part of the Scribes and Mikemen exhibit, while playing the title character in the acclaimed comedy series.

In the show, Brockmire’s public breakdown forces him to the outskirts of the broadcasting world. The series takes place a decade later, as he attempts to recover his life and career. Currently in the midst of its second season, it has been announced by IFC that Brockmire has been renewed for two additional seasons, slated to air in 2019 and 2020.

In an IFC press release about the donation, Azaria said, “I am 53 years old, my dream of being inducted into the Baseball Hall of Fame as a pitcher for the New York Mets officially died two years ago. This is definitely the next best thing.”

A familiar face in movies, television and the theater for more than 30 years, the versatile actor also supplies voice to a number of characters on The Simpsons, the long-running animated hit, including Chief Wiggum, Moe Szyslak and Comic Book Guy.
In a later interview with the Hall of Fame, Azaria added he was “very surprised” to find out the Hall of Fame approached the show about a possible donation.

“I first thought it was a joke. And then I was kind of against it, not knowing if it was worthy and I didn’t want to disrespect the Hall of Fame in any way,” Azaria added. “Look, I love the show and the show is absolutely a love letter to baseball. It can be pretty raunchy, but it is also a genuine tribute to baseball. But I was surprised and pleased that the Baseball Hall of Fame saw it that way. I think everybody gets, even though it’s very irreverent, it’s also very reverent. I just hope people like the show enough to want to want to see these artifacts in the Hall of Fame.”

The Hall of Fame’s senior curator, Tom Shieber, explained the Cooperstown baseball institution’s interest in these and similar donations.

“At the National Baseball Hall of Fame and Museum, we are interested in telling many different baseball stories, not just of the game on the field, but also of how the game is reflected in popular culture,” Shieber said. “We felt that with the success and popularity of Brockmir, it made sense to ask Hank Azaria and IFC if they would be willing to donate one or more artifacts from the television show to our Museum. Happily they agreed, and now we can share this story with baseball and Brockmire fans alike.”

A child of the 1970s, and born and raised in Queens, N.Y., Azaria’s affection for baseball began at an early age with the New York Mets. He grew up in Forest Hills, about 15 minutes from Shea Stadium, the longtime home ballpark of the Mets.

“A fun byproduct of the show, and an unexpected one for me, was baseball broadcasters and baseball people embracing the show as much as they have,” Azaria said. “The game has meant a lot to me, so in my own weird, strange way to give something back to it means a lot.”

The iconic plaid jacket donated had a special place in Azaria’s heart, though, as he was the one who first found the iconic fashion statement worn by Brockmire in the broadcasting booth.

“I found the jacket at American Rag in L.A. on La Brea Avenue. We were going to shoot the original short and I had Lindsey Nelson in my mind as the template and I figured I’d know it when I saw it. And there it was, right on the rack. I think it was like $18,” Azaria recalled with a laugh. “And through the magic of show business you can have multiple jackets made, although that plaid is difficult to duplicate apparently because it’s so old and out of date.”

Having never visited the Hall of Fame, Azaria said the recent Brockmire donation may prove to be the impetus needed for his to finally travel to Cooperstown.

“I’m going to definitely try at some point this summer come and take a look,” Azaria said. “And it wasn’t like I had a policy to wait until I had something in the Hall of Fame because I didn’t think that was going to happen.” 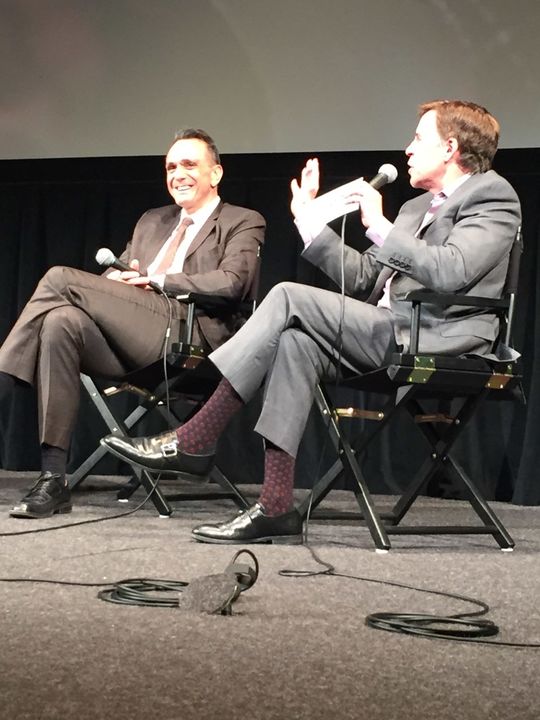 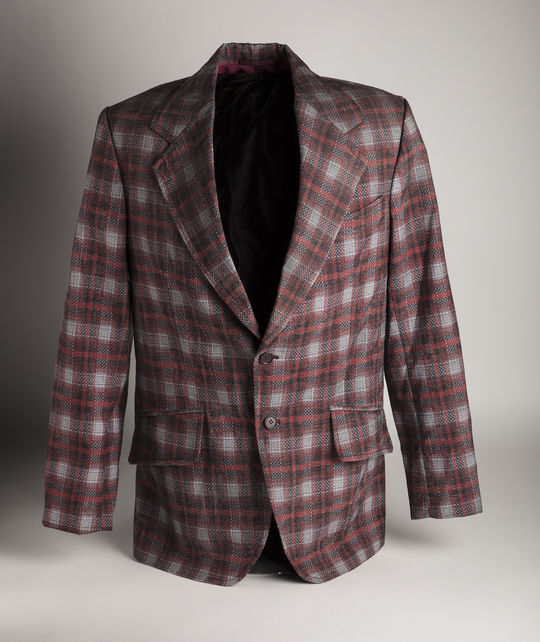 This jacket used by Hank Azaria during his filming of Brockmire is among the artifacts Azaria recently donated to the Hall of Fame collection. (Milo Stewart Jr./National Baseball Hall of Fame and Museum) 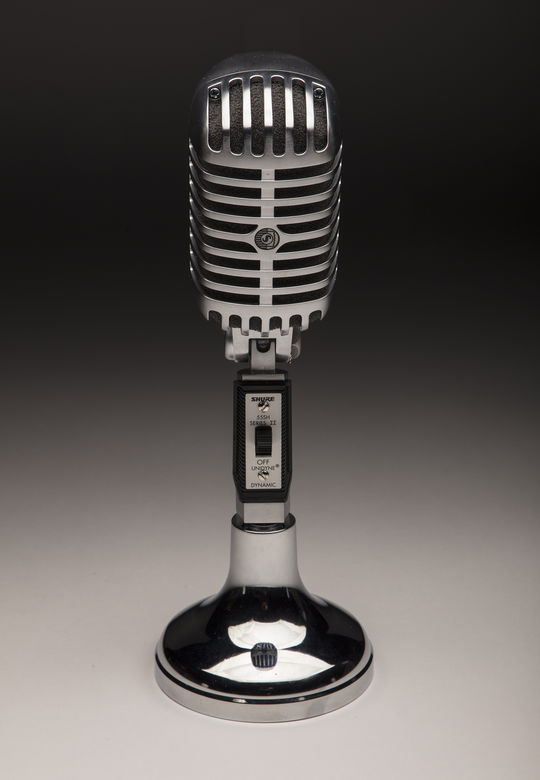 Hank Azaria used this microphone during the filming of his new television series, Brockmire, on IFC. It is currently on display as part of the Scribes and Mikemen exhibit at the Hall of Fame. (Milo Stewart Jr./National Baseball Hall of Fame and MuseuM) 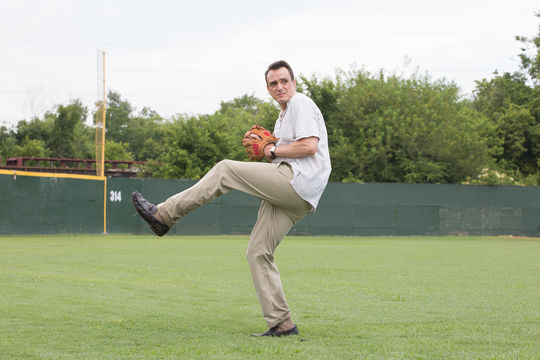 Brockmire, an IFC series starring Hank Azaria (pictured above), has been renewed for two additional seasons, slated to air in 2019 and 2020. (Photo courtesy of IFC)

At the end of the interview, Azaria was asked what he imagined Jim Brockmire’s reaction would be to knowing his sport coat and microphone were on display at the Hall of Fame.

“Well, it’s always been a dream of his to be in the Hall of Fame. So much so that he once snuck up to a second-floor bathroom and in a handicap stall he put up a plaque of his accomplishments,” said Azaria in the Brockmire character’s voice. “While this actual honor is much more impressive and means a lot more, he’s still not going to take down his toilet plaque because he worked hard on that.” 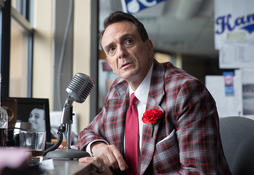 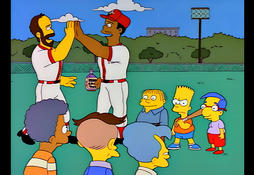 THE SIMPSONS' producer Al Jean reflects on “Homer at the Bat”

Ahead of the Hall of Fame's celebration of "Homer at the Bat," Al Jean looks back at the baseball-themed episode, 25 years later