Part of the POP UPS series
Written by: Nate Tweedie

The Simpsons has been on the air for 27 seasons. Given that length of time, it isn’t a big shock that baseball would play a central role in at least one episode. There are roughly a dozen The Simpsons episodes where baseball plays a large role in the plot. However, none compare to Season 3 Episode 17 of The Simpsons, entitled “Homer at the Bat”, which aired on Feb. 20, 1992.

The allusions to other items of baseball that have made their way into Pop Culture start right from the title. “Homer at the Bat” takes directly from the Classic poem “Casey at the Bat” which was discussed in a previous #Popups. Also, a thread running through this episode is the story of The Natural. The 1984 movie and 1952 book by that title were both large successes commercially and critically. 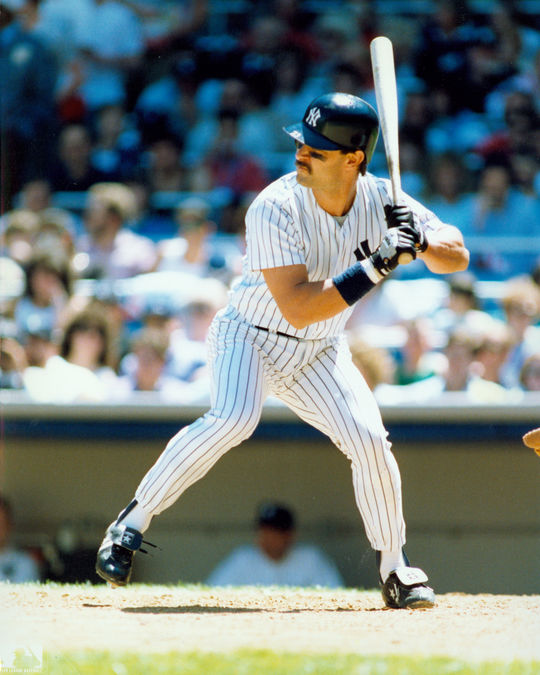 The episode begins with Homer in the Springfield Power Plant break room. Another employee brings in doughnuts, which Homer begins to inhale, more than eat. When Homer begins to choke on the doughnuts, his coworkers begin to look for the poster that explains how to do the Heimlich maneuver. Next to this poster is the sign-up for the power plant softball team. Homer finally dislodges the pastry on his own and immediately signs up to play, stating that he has a secret weapon that will make his team win. Each of Homer’s co-workers imagine what Homer’s secret weapon may be, one of which channels Mickey Hatcher’s giant glove. The men then decide it is a good idea to join the team and join in Homer’s predetermined victory.

That night, Homer takes his son Bart into the garage and shows him something “very special”. Bart correctly guesses that it is a homemade bat. Homer goes on to explain that during a thunderstorm, he sought shelter under a large tree. That tree was then struck by lightning and a limb fell in front of him. He knew that this was a special limb and that he had to turn it into a bat. Upon completion, this bat was named “Wonderbat”. Those familiar with The Natural will likely recognize this story as being the origins of the special bat named “Wonderboy”. Bart then asks Homer how many home runs he will hit with Wonderbat, to which he responds “We play 30 games, 10 at-bats per game, so…3,000 home runs!” 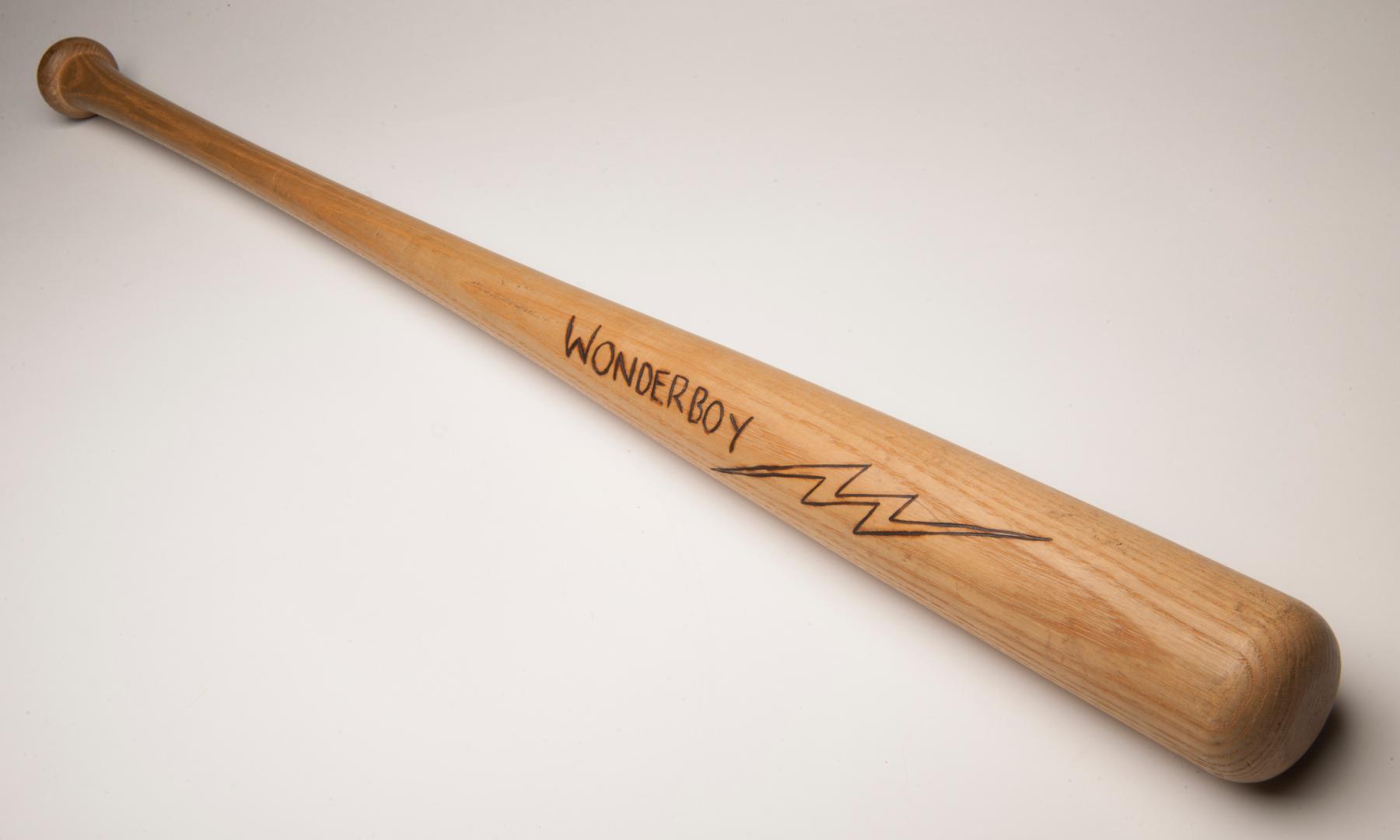 The "Wonderboy" bat from the movie "The Natural." B-513-84 (Milo Stewart Jr. / National Baseball Hall of Fame)

Wonderbat was everything Homer promised his teammates it would be. In a montage that closely mirrors one from The Natural, we see Homer and the power plant team playing against several teams and Homer hitting a home run against each. When the montage ends, we see Springfield Power Plant owner Mr. C. Montgomery Burns at a Millionaire’s Club. Burns receives word that the softball team needs only to beat Shelbyville to capture the pennant. Burns then talks to the gentleman across the table from him (Identified as Harry) stating that his team need only beat Harry’s team to win the championship. The two men make a $1 million bet on the game.

Later, Burns is in his office and tells his assistant, Mr. Smithers, that he will hire ringers to win the game and thus the bet. Burns proposes a dream team that includes Cap Anson, Honus Wagner, and Mordecai “Three-Fingered” Brown. Smithers informs his boss that those men are all retired and dead. Smithers continues that “In fact, your right fielder has been dead for 130 years.” Burns, clearly distraught by this news gives Smithers 24 hours to find him ringers. Burns then continues to show his lack of current baseball knowledge as he instructs Smithers to “scour the professional ranks, the American League, the National League, and The Negro Leagues.” As the Negro National League folded in 1948 and the Negro American League folded in the 1960s, Mr. Burns again is off by several decades on his baseball knowledge.

Given only 24 hours, Smithers comes up with an incredible team. The Springfield Power Plant hires several Major Leaguers who are introduced at a staff meeting the next day. Mr. Burns introduced new employees Roger Clemens in Security, Wade Boggs in Janitorial, Ken Griffey Jr. in the Cafeteria, and other employees in yet to be assigned departments were Steve Sax, Don Mattingly, Darryl Strawberry, Mike Scioscia, Ozzie Smith and Jose Canseco. Burns then tells the men there is a softball team sign-up if they are interested. The men already on the team were clearly upset, and Mike Scioscia states he doesn’t want to play and would rather do a lower stressed job where people don’t yell at you if you mess up. He is told by Burns to cut that attitude out of he will be shipped right back to the majors.

A series of accidents befall the ringers. Griffey drank too much Nerve and Brain Tonic and suffered from Gigantism on the head, Scioscia suffered radiation poisoning from his work at the plant, Ozzie Smith fell into an alternate dimension at a roadside attraction, Roger Clemens believed he was a chicken due to a hypnotist, Wade Boggs was knocked out in a barroom fight, Canseco helped a woman remove all of the contents from her burning house and missed the game, Steve Sax was arrested for every unsolved crime in Springfield history, Don Mattingly was kicked off the team for not shaving his sideburns off, even though he had no sideburns. Of all the ringers, only Strawberry played in the game.

Darryl Strawberry performs as expected in the game. Strawberry, the team’s right fielder, is clearly a fan favorite. That is, all the fans but the Simpson family as Homer was the former right fielder and is now relegated to the bench. The Simpson children show their disdain for the ringer by chanting the familiar “Dar-ryl! Dar-ryl!” that first accompanied the right fielder in Boston during the 1986 World Series. After their mother yells at them, Lisa Simpson responds that Strawberry is a professional athlete and is used to the heckling. Next the viewer sees Strawberry wiping a single tear from his eye. 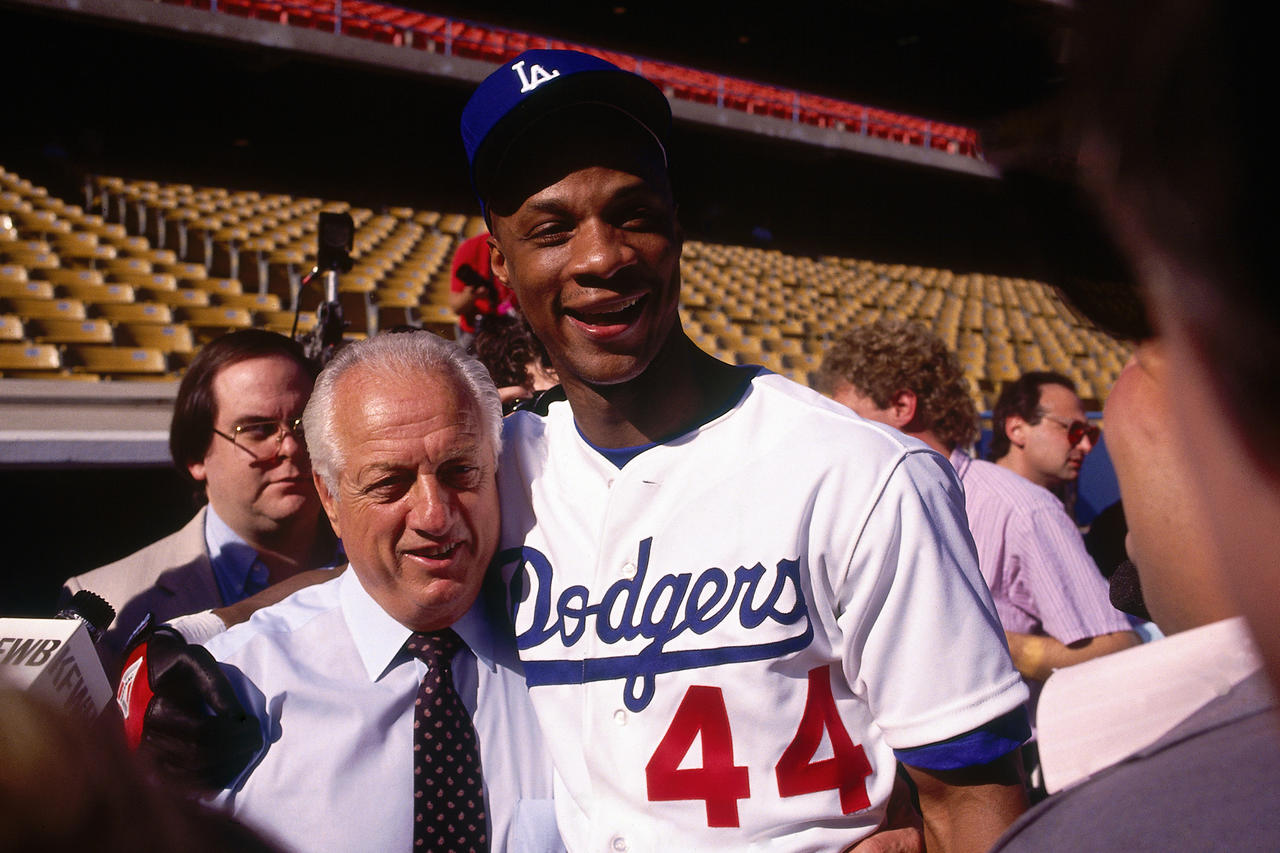 Despite the taunts, Strawberry hit nine home runs before coming up to bat in the ninth with two outs and the score tied at 43. Mr. Burns, the manager of the team, decides at this point the play the percentages. Despite the nine home runs, Strawberry, the lefty, gets pinch hit for due to the pitcher being a southpaw. Burns calls on Homer J. Simpson to bring in the run for the win. Homer, while taking the signs from Burns, the third base coach, gets hit in the head by a pitch and is knocked unconscious. Homer lays motionless on home plate while his teammates celebrate. The runner coming home from third rolls Homer over to touch home and seal the victory.

The real gem of this episode is that the major league players all voice themselves. It is very common for guest stars on the show to do the voice for their character. The writers did a good job of giving the players one-liners and nicely set-up jokes to move the story along.

The final surprise of the episode is usually missed when the episode re-airs today. Terry Cashman parodies his own 1981 hit Talkin’ Baseball (Willie, Mickey, and the Duke) with the song Talkin’ Softball. The song not only parodies the hit and its many team specific incarnations, but also recaps the episode. 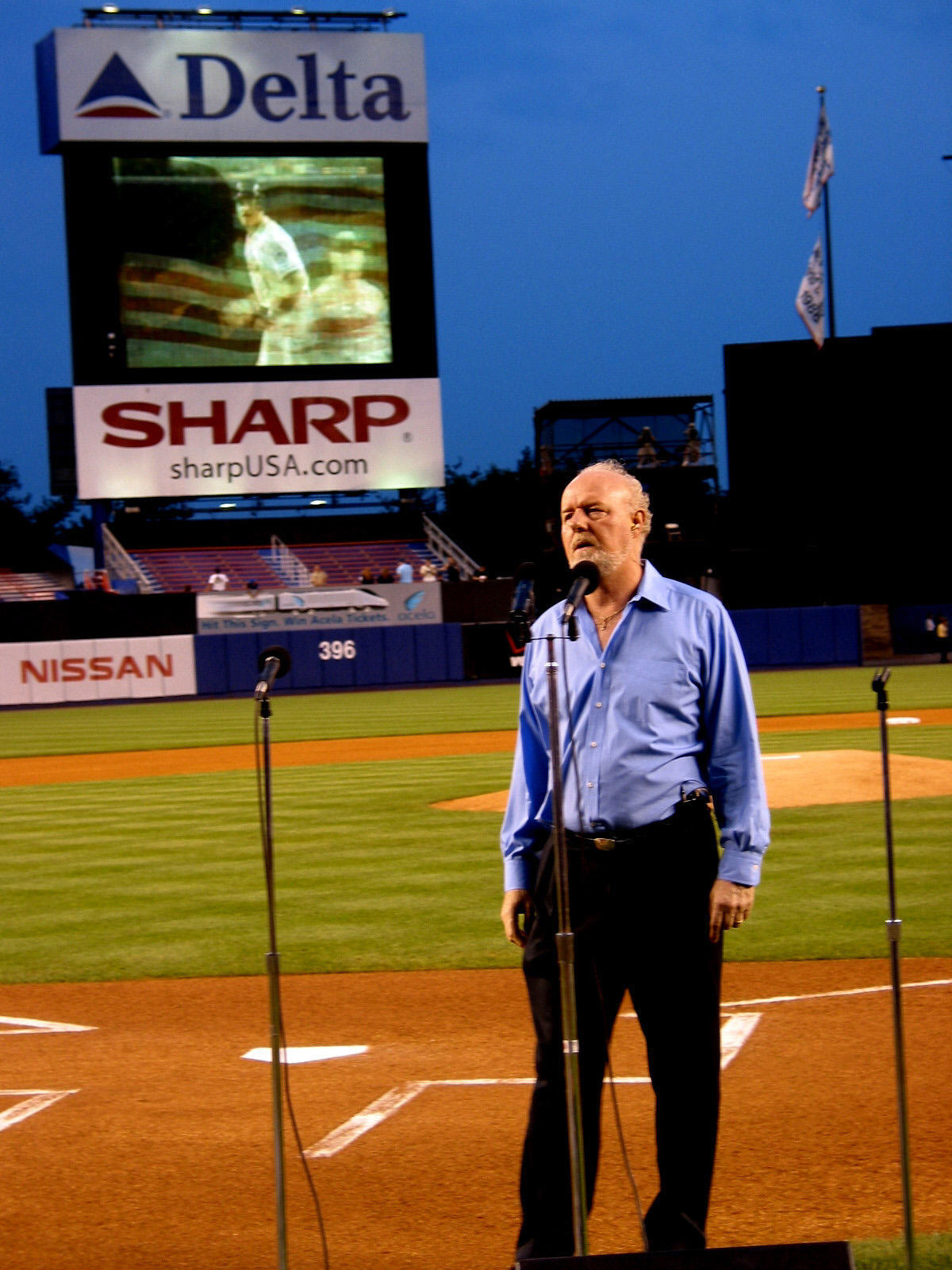 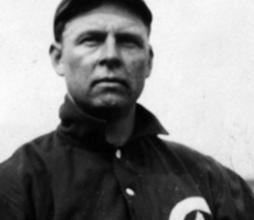 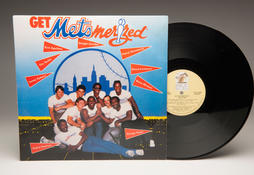 Were you metsmerized by the 1986 New York Mets? 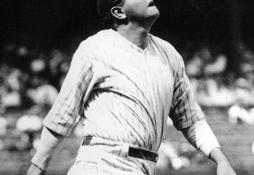 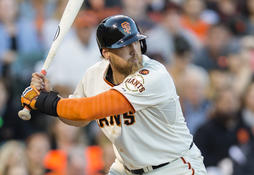